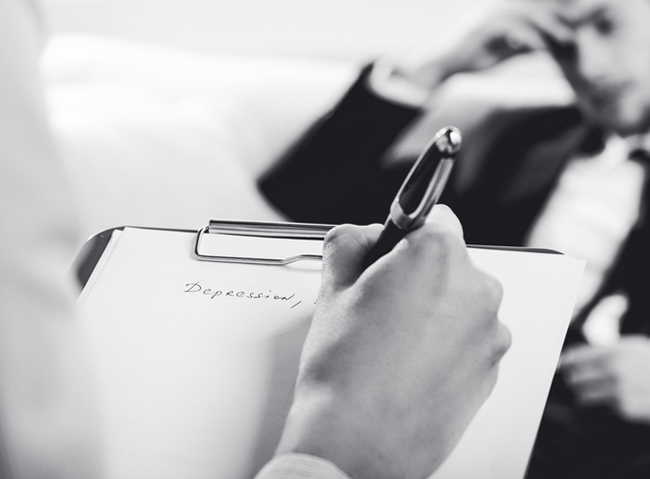 What causes depression? Multiple factors can contribute, among them chemical imbalances involving the "big three" neurotransmitters: serotonin, dopamine, and norepinephrine.

“What causes depression?” is a question many of us have asked. Responses are all over the map, but it’s fair to say that depression is a disease. Research supports this by demonstrating key differences in the brains of those who are depressed and those who are not.

The Effects of Brain Changes

If you compare the brain of someone with depression to the brain of someone who is not depressed, on the outside they look pretty similar. However, when imaging scans from such tests as an MRI (magnetic resonance imaging) have been used to look inside the brain, discernible differences in brain activity have been noted in the brains of people with depression, particularly those with long-term or chronic depression. People with a history of chronic depression have been found, on average, to have a smaller hippocampus—a part of the brain that is involved in memory—and a thinner right cortex, which is involved in mood.

Researchers still don’t know the exact reasons for these differences, but they may reflect the long-term impact on the brain of biochemical changes related to stress and depression. In turn, these differences may affect the brain’s ability to process emotional stimuli and respond to new environmental stresses.

Normal activity in the brain is also disrupted in depression. Regions of the brain that are involved in reward processing are less active in depressed people. As a result, people who are depressed sometimes say that they have almost entirely lost the ability to experience pleasure (a symptom called anhedonia). Many people with depression no longer look forward to activities they once enjoyed, like traveling to a favorite destination, watching a favorite sport, or going out with friends.

You might have heard that depression stems from a “chemical imbalance,” and that’s partly true. In people with depression, the levels of certain brain chemicals are thought to be out of balance, particularly these neurotransmitters:

Antidepressant medications are believed to work, in part, by helping correct these brain chemical imbalances.

While serotonin, dopamine, and norepinephrine have long been considered the “big three” neurotransmitters involved in depression, recent research suggests that what causes depression may be more complicated than just having not enough or too much of these neurotransmitters in certain parts of the brain.

Some new and investigational treatments for depression include drugs that block the neurotransmitter glutamate, which can be toxic in large doses, or that help regulate hormones involved in sleep or the stress response. Some drugs—as well as brain and nerve stimulation therapies that appear to have benefits in depression—may work by promoting or regulating connectivity within certain parts of the brain. It appears that certain neuronal networks can be either overactive or underactive in depression.

The more researchers study the brains of depressed people, the more they’re able to pinpoint specific brain abnormalities associated with each aspect of depression. Several research projects, for instance, have linked specific features of depression, including disrupted or unbalanced feelings of guilt, the tendency to ruminate about negative thoughts, anhedonia, and disruptions in memory, with very specific brain imbalances or abnormalities.

The eventual goal is that people with specific depression types, or even specific genes associated with depression risk, will be matched with the treatments that are most likely to be helpful for them as individuals.