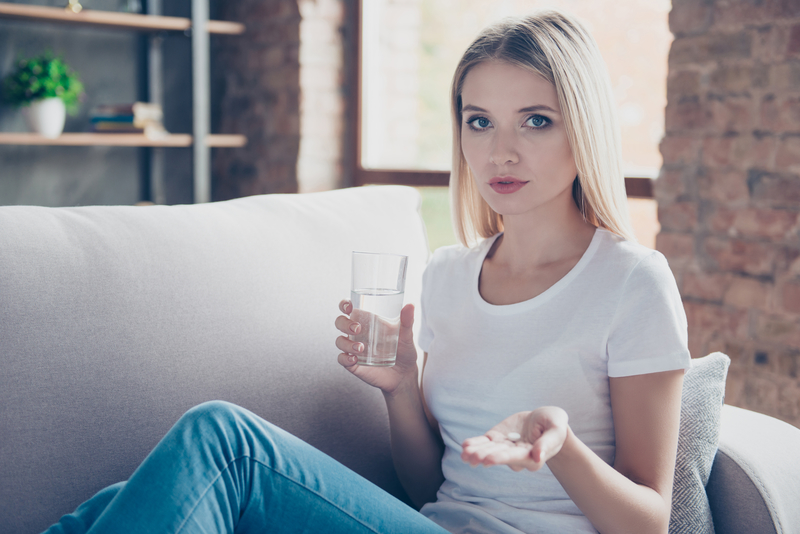 Do antidepressants really work? All kinds of factors can affect their the way each individual reacts to them. But one thing is for sure: With some 10 percent of the population calling on antidepressant medication, it's important to get informed about them.

Depression is miserable and debilitating. It can rob you of your motivation, energy, and zest for life. The goal of treating depression is simple—to feel better! With more than 10 percent of the population taking antidepressants, it seems prudent to ask, “Do antidepressants really work?”

Antidepressants are the second most commonly prescribed group of drugs in the United States. The CDC reports that 10.7 percent of the U.S. population were prescribed antidepressant drugs in the past 30 days (2011–2014 statistics). That figure was just 1.8 percent in the period 1988 to 1994. Women are nearly twice as likely as men to be affected by depression: 13.9 percent vs. 7.3 percent of men.

The National Center for Health Statistics shows similar but slightly higher numbers. From 2011 through 2014, the organization notes, close to 13 percent of people ages 12 and older said they took an antidepressant in the past month. That number is up from 11 percent between 2005 and 2008.

Even though so many people take this group of drugs, there is controversy over whether they’re effective—and whether the risks outweigh the benefits. So let’s take a dive into this contentious issue.

Depression is a serious but common disorder affecting 5 percent of adults and almost 10 percent of those aged 40 to 59. Every year there are 42,773 deaths from suicide, many of which were preceded by a period of depression. Also known as “major depressive disorder” or “clinical depression,” it negatively affects mood, thoughts, and behavior. For a diagnosis to be made, symptoms must have been present for at least two weeks. Depression can manifest with a wide variety of symptoms, including sadness, negative feelings about yourself and the world, loss of pleasure in usually pleasurable activities, sleep problems, and low energy.

See our article “What Is Depression?” for more information.

What Are Antidepressants and How Do They Work?

For many people seeking treatment for depression, the first-line therapy will be antidepressants. One of the mechanisms known to cause depression is an imbalance in neurotransmitters in the brain, and antidepressants aim to correct this.

Several types of medications can be used to treat depression. The three most common are:

Several other groups of drugs are also prescribed for depression, although less often. Among them: monoamine oxidase (MAO) inhibitors, alpha-2 blockers, and the new ketamine derivatives.

Tricyclic antidepressants have been around since the 1950s and SSRIs since 1974. They were extensively studied and for many years were considered to be effective—that is, until Dr. Irving Kirsch of Harvard Medical School released findings in 2008 that shook the medical community.

Dr. Kirsch and his team accessed and re-analyzed 35 drug trials, including those not published because they didn’t show a positive effect. Yes, that’s right: When a drug trial finds that a drug does not work, it is usually not published, and in the case of antidepressants this was the majority of studies. The team found that for those with mild-to-moderate depression, antidepressant treatment was as effective placebo (a pill containing no active ingredient). They did find a small, positive effect in those with severe depression and those with chronic low-grade depression (dysthymia).

Since then, the research and controversy has seesawed back and forth. Cochrane Collaboration research in 2009, from the found that SSRIs and TCAs were effective in 1 in 7 patients, at best.

More positive research in 2017 has once again swung the pendulum back in favor of SSRIs. A meta-analysis in Molecular Psychiatry reviewed 15 studies involving more than 3,300 patients. Researchers found that compared with the placebo group of participants, those who took an SSRI had significantly greater (62 percent greater) reductions in symptoms, six to eight weeks into treatment, compared to placebo.

A 2015 review by University of North Carolina Evidence-based Practice Center compared second-generation antidepressants to cognitive behavioral therapy (CBT). They found similar symptomatic relief for both groups. While CBT has much fewer side effects than SSRIs, it has a few disadvantages as well, including:

It’s no surprise, then, that most people are prescribed medication, which takes seconds every day, can be inexpensive (generic fluoxetine costs as little as $32 per month) and is covered by most insurance plans.

For Children and Adolescents, Do Antidepressants Really Work?

For more information on depression, please visit the following.

A large systematic review published in JAMA Psychiatry in October 2017 analyzed the results of 17 studies, which included 6,778 children and teens with depression, anxiety, OCD, and PTSD. The reviewers’ conclusion: “SSRIs and SNRIs are more effective than placebo; however, the effect is small and disorder-specific, yielding a larger effect for anxiety disorder than for other conditions. Response to placebo is large, especially in depression. Serious adverse events are significantly more common in SSRIs and SNRIs than placebo.”

Another review in the American Journal of Psychiatry in 2017 looked at two depression trials funded by the National Institute of Mental Health (not by pharmaceutical companies), so they’re deemed to be less biased. They found that 30 to 35 percent responded to placebo but that the SSRI response rate was 25 to 30 percent higher. They concluded that these trails “support antidepressant efficacy,” or effectiveness.

A Cochrane Library review of six studies on the use of antidepressants for postpartum depression concluded, “Women with postnatal depression who were given SSRIs were more likely [1.4 times more likely] to improve or recover than those given placebo…. Conclusions were also limited by the lack of data on long-term follow-up, the safety of breastfeeding, or child outcomes.”

The Answer to “Do Antidepressants Really Work?”

All of this can actually be rather confusing, you’d likely agree. The consensus seems to be that around 40 to 50 percent of individuals do not improve on antidepressants, and antidepressants are slightly more effective than placebo in treating depression.

What is safe to conclude is that every person with depression is different. Some people respond well to antidepressant drugs, others do not. It is difficult to determine whether improvement in depressed individuals may be due to placebo response, or whether some other factor has made them better, or whether they would have improved naturally over time or because of a real therapeutic effect.

DO I NEED ANTIDEPRESSANTS?

This is a question for you and your doctor to answer. If you feel that you may be suffering from depression, make an appointment to see your doctor. He or she will talk to you and rule out other causes (such as hypothyroidism or anemia) of your low mood. Also, consult your doctor if you’re considering stopping antidepressant medication.

Your doctor will ascertain your level of depression, perhaps using a formal rating scale, such as Patient Health Questionnaire-9 (PHQ-9), and then decide on a therapeutic plan.

Experts at Tufts Medical Center in Boston, offer guidelines for primary care doctors on the management of depression: