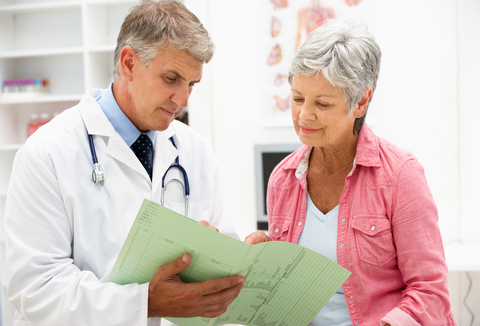 Around the time of menopause, bioidentical hormone replacement therapy significantly lessens not only women’s menopausal symptoms like hot flashes, but also symptoms of anxiety and depression, according to a study at the University of Texas Health Center recently published in the International Journal of Pharmaceutical Compounding.

Menopause can cause symptoms such as hot flashes, night sweats, low mood, and sleep disturbances. The end of a woman’s reproductive years is also associated with an increased risk of cardiovascular disease, depression, osteoporosis, arthritis, and dementia. As we now know from large clinical trials, conventional hormone replacement therapy, which utilizes conjugated equine estrogens and medroxyprogesterone acetate, results in increased problems with blood clotting (leading to thrombotic events such as heart attacks and strokes). It also was found to increase the risk of breast cancer and dementia.

What Is Bioidentical Hormone Replacement Therapy?

Bioidentical hormone replacement therapy is an alternative option that may be safer as well as being more efficacious, especially when it is administered transdermally (through the skin) in amounts that are individualized to mimic the levels of a menstruating woman. Compounded forms of bioidentical hormones, unlike conventional hormonal therapy, are exactly identical to the body’s hormones. Because of this, they cannot be patented as drugs and therefore they are not as widely utilized or researched. Nevertheless, their popularity has been growing for years now, and more and more research on this more natural form of hormone replacement therapy is being published.

The goal of this recent study was to examine the long-term effects of compounded bioidentical hormone replacement therapy on menopause symptoms, mood, and quality-of-life and also to assess any potential side effects or harmful effects it might have. For 36 months, researchers from the Women’s Wellness Center at the University of Texas Health Center in Tyler, Texas gave 75 perimenopausal and menopausal women transdermal forms of bioidentical progesterone, along with estrogen (20% estradiol/80% estriol), DHEA, and testosterone, if needed. The dosages were adjusted so that the women’s hormone levels matched those of premenopausal females in the second half of the menstrual cycle.

Hormone levels were measured, labs were performed, and symptoms were recorded at baseline, at two months, and annually. Labs included measurements of blood clotting factors to assess for possible harms associated with increased risk of thrombosis. Endometrial thickness was also measured to make sure the progesterone was working properly to oppose the effects of the estrogen on building the lining of the uterus.

At the three year mark, women receiving the compounded, transdermal bioidentical hormone replacement therapy experienced significant relief of menopausal symptoms as well as depression and anxiety symptoms, showing statistically significant favorable changes in scores on standardized tests such as the Greene Climacteric Scale, Hamilton Anxiety Scale, and Hamilton Depression Scale. This improvement in mood occurred despite the fact that the women had very high levels of strain at home and work and life stress in general.

The women receiving the daily compounded bioidentical hormones also showed significant favorable changes in overall pain levels and in several cardiovascular, immune, and inflammatory biomarkers including blood sugar, triglycerides, C-reactive protein (CRP), and fibrinogen. At the end of 36 months, they were using fewer prescription medications and had fewer health problems. Plus, their risk of blood clots and thrombosis actually decreased and there were no associated adverse events.

“This model of care warrants consideration as an effective and safe clinical therapy for peri/postmenopausal women especially in populations with high perceived stress and a history of stressful life events prior to, or during the menopausal transition,” concluded the authors.

Can Bioidentical Hormone Replacement Therapy Help You With Your Depression?

Bioidentical hormone replacement therapy is one of many natural options for women with depression and anxiety associated with menopause. When it comes to effectively treating depression and anxiety using natural medicine, the key is to search extensively and systematically, and then treat the underlying cause. Hormonal imbalances and deficiencies are one of a number of underlying causes of depression that can be addressed by natural and integrative medicine.