Home » Daily » Depression » What Is Depression? Symptoms Tell the Story 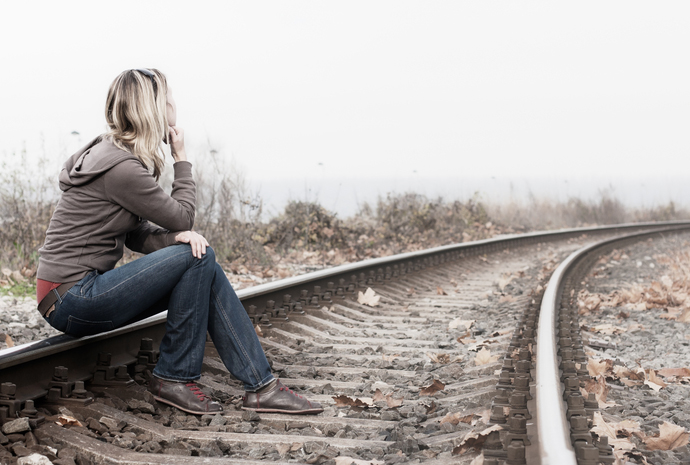 What is depression? It is a common but serious mood disorder that with appropriate treatment can be overcome.

Depression is a disorder that negatively affects mood, thoughts, and behavior. It is also known as “major depressive disorder” or “clinical depression,” and for a diagnosis to be made, symptoms must have been present for at least two weeks. It is a common but serious mood disorder, but with appropriate treatment, those who suffer from depression can overcome it. In this article, we will run through the basics of the disorder in answering the question “What is depression?”

First, is depression a disease? Strictly speaking, it’s not a disease like malaria or diabetes, which have one specific cause. Rather, it’s a disorder or illness that disrupts mental function.

How Common Is Depression?

According to the Centers for Disease Control (CDC), more than 1 in 20 Americans aged 12 years or above have had moderate or severe depressive symptoms in the past two weeks (2009-2012 data).

One in 15 adults (6.7 percent) will suffer from depression each year, and one in six (16.6 percent) over their lifetime. It is twice as common in women.

According to the National Institutes for Health (NIH), depression has many symptoms. For clinical diagnosis, symptoms must have been present most days in at least the past two weeks and must cause significant distress or problems with daily life.

Beyond Depression, What Else Could It Be?

Certain medical conditions can mimic depression, among them thyroid problems, a brain tumor or organic brain disorder, anemia, or vitamin deficiency. Depression symptoms also may be an early sign of dementia or other chronic illnesses as well as a side effect of some medications.

There can also be an overlap with grief and depression. However, with grief alone, sadness comes in waves and self-esteem is often spared. Grief can sometimes morph into depression.

Depression can hit anyone, but there are some factors that increase our risk:

To learn more about what triggers depression, read our article “Causes of Depression: 7 Major Factors.”

What Is Depression? A Diagnostic Evaluation Will Help

If you think you may be battling depression, your first step should be to see a psychiatrist, physician, or nurse practitioner. He or she will ask you a series of questions and sometimes get you to complete a questionnaire. They might perform a physical evaluation and blood tests to exclude a medical problem.

Fortunately, depression is one of the most treatable mood disorders, with up to 90 percent of people recovering with no treatment or with antidepressants.

Antidepressant medication may help correct the neurochemical imbalance within the brain. These are not sedatives, tranquilizers, or “uppers,” and they should not affect your personality. They are not addictive. It may take between two to six weeks for depression to begin to lift. Antidepressants will usually be prescribed for at least six months and some people require long term treatment.

There are several classes of antidepressant uses, all with slightly different effects and potential side effects:

Children and teens can have adverse effects to antidepressants so should be monitored closely.

Psychotherapy, or “talk therapy,” can be used in some people with mild depression and in conjunction with medication in more severe depression.

Psychotherapy can be the individual alone, the family or a group of other patients. Treatment may last for several weeks, with significant improvement usually being seen in 10 to 15 sessions.

ECT or “shock therapy” is a form of stimulation treatment used in patients with very severe depression or bipolar disorder that doesn’t respond to medication. The patients receives several sessions of brief electrical stimulation, while under anesthetic.

There are several things you can do to improve your mood and for long-term improvement it is advisable to incorporate these into your treatment plan. Lifestyle changes might include: Regular exercise, a plant-based diet, a good night’s sleep, meditation and mindfulness, and doing activities that make you feel happy.

For more ideas on changes that you can make, read our article “How To Fight Depression: 6 Steps to Higher Spirits.”

Resources for Dealing with Depression

If you are having suicidal thoughts: Call your doctor or the National Suicide Prevention Lifeline at 800-273-8255.