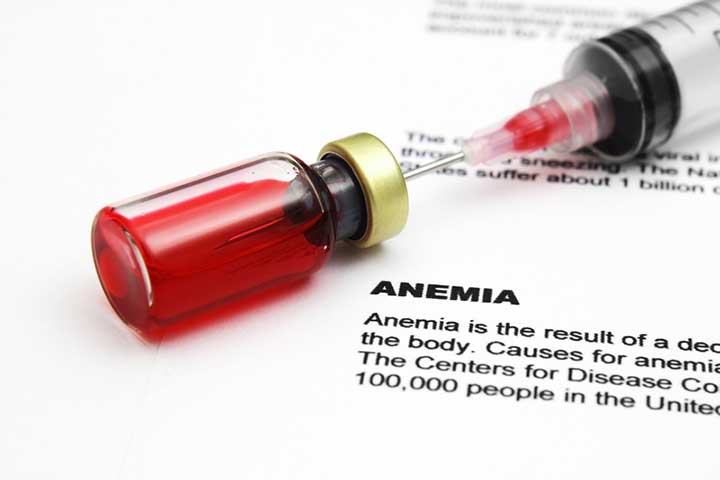 A 2009 study of 19,836 Americans found that African Americans were 3.3 times more likely to have anemia.

Anemia is a common blood disorder caused by any number of factors, including iron deficiency, vitamin deficiency, pregnancy, infection, autoimmune disorders, genetics, chronic disease, chemotherapy, or congenital abnormalities. Depending on the type you’re diagnosed with, anemia causes the reduction in the amount or dysfunction of red blood cells in your body.

Red blood cells are essential because they carry hemoglobin, an iron-rich protein that attaches to oxygen in your lungs and helps distribute that oxygen to the rest of the body. Typically, anemia causes multiple symptoms, including:

Women who are menstruating or pregnant are most at risk for developing anemia, but infection, chronic illness, or poor diet can put others at an increased risk. Your age and physical activity level can also put you at risk of anemia. Infants between the ages of 1 and 2 along with older adults are at high risk for anemia, as are those who engage in vigorous sports, such as jogging and basketball, which can cause red blood cells to break down in the bloodstream.

Some forms of anemia can be easily treated with dietary supplements while others require long-term and more aggressive treatment to cure or manage the condition.

Below are the most common types of anemia:

Anemia is diagnosed with a combination of blood tests that measure the amount of iron found in the body. Your doctor may check your levels with one or more of the following tests:

The treatment plan for managing anemia depends on its type and severity. While some mild forms of anemia require no treatment at all, other types may require long-term treatment and even surgery.

Iron-deficiency and vitamin-deficiency anemia is treated mainly through diet and supplements to restore or aid the body in absorbing missing nutrients. Aplastic and hemolytic anemia, however, may require more aggressive treatment, depending on the severity. While the treatments below don’t often cure the disorder, they are used to increase red blood cell count, reduce or stop red blood cell destruction, and/or manage symptoms:

While some forms of anemia are genetic or occur for reasons beyond our control, there are still actions you can take to protect yourself. If you’re diagnosed with an iron deficiency, even if your doctor tells you that you’re not anemic, it’s important that you increase your iron intake.

Diet will play an important role in increasing your iron intake. If you eat red meat, make sure you’re consuming at least one to two servings of meat, poultry, or fish a day. If you’re a vegetarian or vegan, you should be eating at least four servings of iron-rich grains, beans, peas, and lentils each day. You’ll also want to increase your vitamin C intake because it aids in iron absorption. But avoid calcium, fiber, phytic acid, polyphenols, coffee, and alcohol because they can inhibit iron absorption.

Iron supplements may also be recommended, but if you experience any side effects, such as nausea, stomach pain, constipation, or diarrhea, consult your doctor. For more information on how to increase your iron intake, check out our “9 Iron Deficiency Symptoms You Can Identify Yourself” article.