Home » Daily » Depression » Suicidal Thoughts: What to Know When a Medication Causes This Side Effect 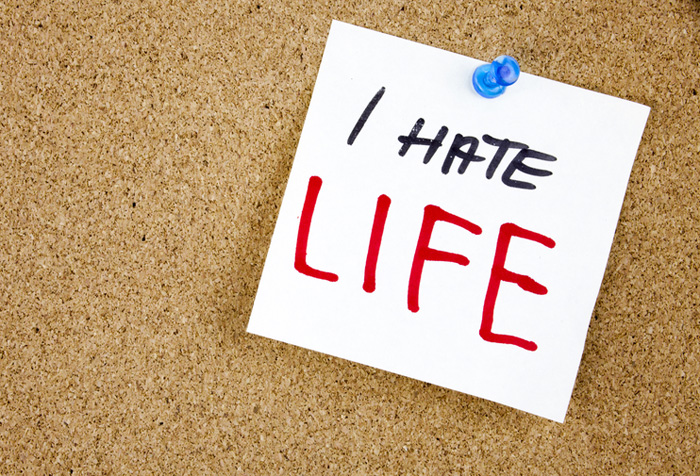 A hard-to-shake depression, hopelessness, withdrawing from family and relations are among the hints that suicidal thoughts may be affecting someone.

On the often-lengthy list of potential side effects caused by some medications, one of the more disturbing is “suicidal thoughts.” Ironically, antidepressant medications are among the more commonly prescribed drugs that carry the suicidal thoughts warning. Antidepressants can have this effect on teens and adults within the first few months of treatment, according to warnings issued by the U.S. Food and Drug Administration (FDA).

Prescription sleep aids also may lead to suicidal thoughts in some people, says W. Vaughn McCall, MD, chair of the Department of Psychiatry and Health Behavior and Case Distinguished Chair at the Medical College of Georgia at Augusta University. “These medications can have a rare paradoxical effect, like alcohol, where people start behaving completely out of character,” says Dr. McCall. “Instead of calming, they may hyperstimulate; instead of being relaxed, patients become fearful; so it goes the opposite way. We don’t know why, and we can’t pick these people out in advance.”

If you or someone you know has been prescribed a medication that includes suicidal thoughts among its potential side effects, talk with your doctor about alternative treatments and warning signs that you are not tolerating the drug well.

What Triggers These Thoughts?

“We know that whether or not these drugs actually cause suicidal thought or action is a question we have to answer, but up until now, none of the clinical trials for the drugs were set up to address the question,” says Kelly Posner, PhD, principal investigator at the Center for Suicide Risk Assessment at Columbia University. “Either way we have to get the right answers. It’s critical to know about drugs that pose risk, but debunking false notions of risk is equally important to the public health.’’

It’s important to keep in mind that suicidal thoughts and actual suicides that can be linked to antidepressants or other medications are not the norm. “Although antidepressants are much more likely to alleviate suicidal thoughts associated with depression than to cause them, a small proportion of individuals taking them—usually young adults, adolescents and children—may develop agitation or suicidal thinking,” says Mark Pollack, MD, with Rush University Medical Center in Chicago.

When There Is Talk of Suicide

If someone you know talks about suicide, even in a fleeting or casual manner, you should take note. This is true for people of any age.

Researchers from the University of Texas analyzed of data from the National Violent Death Reporting System, and found that the older a suicide victim was, the more likely it was that he or she shared suicidal thoughts with others.

“Findings that depressed mood, health problems and other stressors were associated with increased odds of disclosure indicate that suicide may have been prevented by providing the services needed to alleviate these problems,” explained Namkee Choi, PhD, lead researcher and professor at the university’s Steve Hicks School of Social Work. “Health care providers need better preparation to screen and aid those in need to prevent suicide.”

Friends and relatives of people on antidepressants and other medications associated with suicidal thoughts should also be prepared if conversations or behavior raise any red flags.

Signs of potentially suicidal behavior include:

Western Michigan University reports that an estimated 50 to 75 percent of people who commit or attempt suicide give some type of warning of their plans to friends, co-workers, or family members. That’s why paying attention to critical signs and trusting your instinct can truly make the difference between life and death.

While it’s tempting to try to talk someone out of committing suicide with heartfelt sentiments, such as “you have so much to live for” or “your family will be so devastated.” Instead, make it clear how much you and others care about the person and they he or she is not alone. Suicidal and hopeless feelings are common, but they are also temporary and treatable. Don’t talk about suicide in terms of “right or wrong” or “good or bad.”

Someone who is feeling suicidal doesn’t want a lecture on the value of life. They want support and love. But you should also be direct.

You should also be ready to actively help your friend or loved one find a therapist or treatment program, and be there as a support throughout the process.

SUICIDAL THOUGHTS? WHERE TO GET HELP

If you are the one experiencing any suicidal thoughts or ideas about harming yourself or others in any way, share your feelings and thoughts with others. You may want to talk with a family member or friend, or you may be more comfortable talking with a mental health professional. What’s most important is that you talk with someone before taking any action.

Unsure about where to turn? Call 911 if you’re feeling as though you may be ready to take your life or commit any harmful action. Emergency responders can help you get on track.

You can also find support and help 24 hours a day with the National Suicide Prevention Lifeline, at 1-800-273-8255. Call even if you’re having occasional or passing suicidal thoughts.

There are people everywhere who can help you get through this difficult period in your life. Getting help starts by simply sharing your thoughts, even if you don’t understand them yourself.