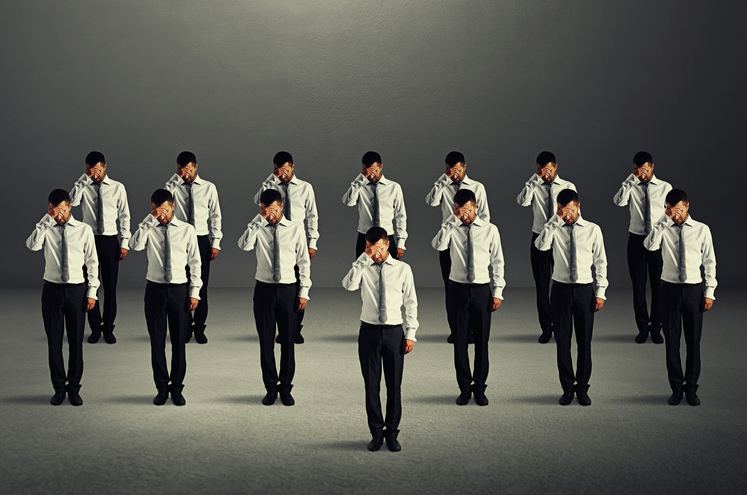 What kind of depression do I have? Asking that question is an important first step in overcoming the condition.

Because there are multiple types of depression, anyone feeling as if he or she is battling the condition might understandably wonder, “What kind of depression do I have?”

The most severe form is major depressive disorder, or MDD. People with MDD feel down most or all of the time and also have other symptoms—feeling helpless, hopeless, or guilty, for example. They also may lose interest in activities that were once pleasurable, experience appetite or sleep changes, or even contemplate suicide.

A similar condition to MDD is known as persistent depressive disorder (PDD), or dysthymia. People with PDD have similar symptoms as those with MDD, and they may last for a longer period of time, but they tend to be milder. It is not unusual for people with PDD to suffer for many years with their condition, scraping by just well enough to avoid treatment, or perhaps not even knowing they have a medical condition that can be treated.

“What Kind of Depression Do I Have?” Consider the Symptoms

Depression can be categorized based on whether it’s triggered by a medical condition, substance abuse (substance induced depression), pregnancy (antepartum depression), giving birth (postpartum depression), menstrual changes (premenstrual dysphoric disorder), or sensitivity to yearly fluctuations in daylight (seasonal affective disorder, or SAD). Catatonic depression is a rare condition in which a person can remain immobile and mute for extended periods of time, even weeks.

Depression is sometimes categorized as “melancholic” or “atypical” depending on the presence of a specific constellation of symptoms, such as whether you have excessive feelings of guilt or are particularly sensitive to criticism.

With all of the different kinds of depression that have been identified, it’s normal for anyone who thinks he might be depressed to ask that question: What kind of depression do I have? The only person who can answer this question conclusively is a health care professional. In order to do this, he or she will typically consider the following factors:

The good news is that much of the time, it doesn’t matter what kind of depression you have. Usually, the treatment is the same: psychotherapy and/or medication, with the possible addition of brain stimulation therapy.

That said, sometimes knowing what type of depression you have can have important implications for treatment.

Bipolar disorder and psychotic depression often require use of drugs known as mood stabilizers or antipsychotics rather than antidepressants, for instance. In fact, antidepressants can actually trigger a “high” or manic episode in patients with bipolar disorder, so it is particularly important to distinguish that condition from other types of depression.

Seasonal affective disorder can be treated like any other form of depression, but there is also the possibility of using a light box, which mimics exposure to the sun during the dark winter months. Treatment of depression associated with pregnancy and birth has to take into account whether medication is likely to be safe for the baby.

HOW TO OVERCOME DEPRESSION

Our authors at University Health News have posted a number of articles on how to beat depression. Among them:

Treatment of depression associated with a medical condition or substance abuse usually involves treating the underlying condition or addiction as well. Catatonic depression is a unique condition that often has an underlying medical cause that needs to be addressed and usually requires treatment using anti-anxiety medication known as benzodiazepines.