Picking Scabs: Why We Do It and How to Stop

Ever enjoyed popping a pimple? How about poking a blister? It can feel gratifying to watch the grossness ooze out, right? Many people are guilty of picking scabs and some people even eat them afterwards. In fact, our desire to pick our scabs could say something important about our mental … Read More

For reasons yet to be fully understood, people with fibromyalgia feel more pain than normal. Fibromyalgia sufferers’ brains show activation patterns in pain processing areas when only mild pressure or heat is applied.[1] Researchers believe that part of what contributes to fibromyalgia is an imbalance of the neurotransmitter serotonin. This … Read More 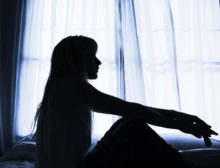 Have a Healthy Thanksgiving: Pile These Bone-Building Foods on Your Plate

While celebrating with family and friends on Thanksgiving, you can be grateful that the food on your plate is also helping to boost your bone density. That’s right: here are some ideas for some healthy Thanksgiving sides and other feast favorites that contain a combination of significant bone-building nutrients, among … Read More 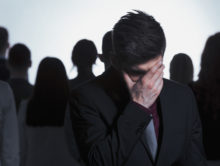 PTSD: How Post-Traumatic Stress Disorder Affects Us—and How to Fight It

Approximately 70 percent of adults in the United States have experienced a traumatic event at least once in their lives, according to PTSD United, and, as a result, up to 20 percent of those people go on to develop post-traumatic stress disorder, or PTSD. PTSD is a mental health condition … Read More

Obsessive-compulsive disorder (OCD) is a common form of anxiety disorder marked by uncontrollable, reoccurring thoughts (obsessions) and the urge to engage in repeated behaviors or rituals (compulsions). OCD will affect 2.3 percent of adults in their lifetime. Research by the National Comorbidity Survey Replication (NCS-R) revealed that approximately 1.2 percent … Read More

Depression is miserable and debilitating. It can rob you of your motivation, energy, and zest for life. The goal of treating depression is simple—to feel better! With more than 10 percent of the population taking antidepressants, it seems prudent to ask, “Do antidepressants really work?” Antidepressants are the second most … Read More