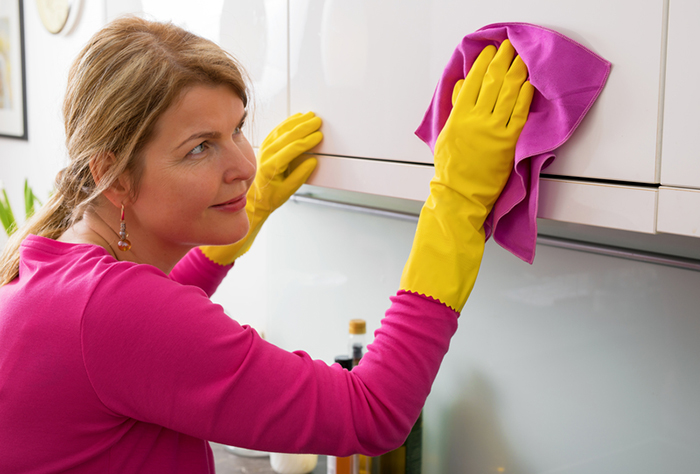 OCD symptoms may include an obsession with cleaning.

Obsessive-compulsive disorder (OCD) is a common form of anxiety disorder marked by uncontrollable, reoccurring thoughts (obsessions) and the urge to engage in repeated behaviors or rituals (compulsions). OCD will affect 2.3 percent of adults in their lifetime. Research by the National Comorbidity Survey Replication (NCS-R) revealed that approximately 1.2 percent of U.S. adults had OCD in the past year. These statistics, however, significantly underestimate the number of people with the condition, as people with only mild symptoms may not seek medical care. Women are three times more likely to suffer from OCD than men, but men are likely to present younger.

Symptoms of OCD may begin in childhood. Most people are diagnosed by the age of 20, but some are diagnosed in their 30s. Symptoms are chronic but may fluctuate and often respond well to medication.

Everyone has worries, habits, or rituals they like to perform. So, what’s the difference between a normal habit and a compulsion? In OCD, the individual is not in control of his thoughts or behaviors; he spends more than an hour each day engaging in obsessions or compulsions. And if compulsions are denied, extreme anxiety may result.

Carrying out a compulsion may result in temporary relief from anxiety, but no sense of pleasure. Over time, symptoms begin to intrude on daily life. 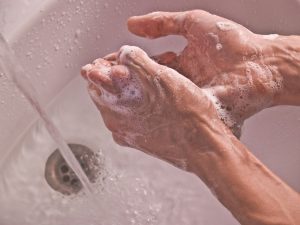 Those who suffer from OCD may be prone to washing their hands frequently during the day.

The exact cause of OCD is not known, but factors include genetics, head injury, trauma, and infection. History of trauma, including physical or sexual abuse, increases the risk of OCD.

Brain scans show that people with OCD have differences in the frontal and subcortical regions of the brain. Some children have a history of streptococcal infection (a common cause of sore throat), a condition known as PANDAS, which stands for pediatric autoimmune neuropsychiatric disorders associated with streptococcal infections.

Some people with obsessive compulsive behavior have other psychological or neurological conditions alongside their OCD. These include anxiety, depression, hoarding disorder, hair-pulling disorder (trichotillomania), and skin-picking disorder (excoriation) as well body dysmorphic disorder and tic disorder.

Body dysmorphic disorder is when a person thinks all or part of his body is abnormal. He may believe, for example, that his nose is huge when it is not. Tic disorder may present with symptoms such as repetitive blinking, head jerks, grimacing, shoulder shrugs, and unusual sounds or sniffs.

If you present to your doctor with symptoms of OCD, he will take a medical and family history. He also may ask you to complete a questionnaire and perform a mental health assessment. Let your doctor know if symptoms are new and whether you also have physical symptoms, which may hint at an underlying medical problem. You may be referred to psychiatrist or psychotherapist.

Your doctor will want to exclude other diagnoses that may mimic OCD, including ADHD, anxiety, autism spectrum disorder, depression, psychosis, and Tourette’s syndrome.

The usual treatments of OCD are medication or psychological therapy or a combination of the two. The majority of patients improve, but some have ongoing symptoms.

Antidepressants such as selective serotonin reuptake inhibitors (SSRIs) have been shown to be effective in treating OCD. Examples include citalopram (Celexa), escitalopram (Lexapro), and fluoxetine (Prozac). Caution is needed in children and teens, as suicides are more common on these medications. Antidepressants may take about six weeks to show their full effects.

Antipsychotics are sometimes needed in those who don’t respond to antidepressants or who also have tics. The most common type of antipsychotic is risperidone (Risperdal).

Dr. Debra Kissen, Clinical Director at the Light on Anxiety Treatment Center of Chicago, offers advice to those who are unable to afford CBT: “Purchase a ‘CBT for OCD‘ workbook and go chapter by chapter through it with any licensed therapist in your community.”