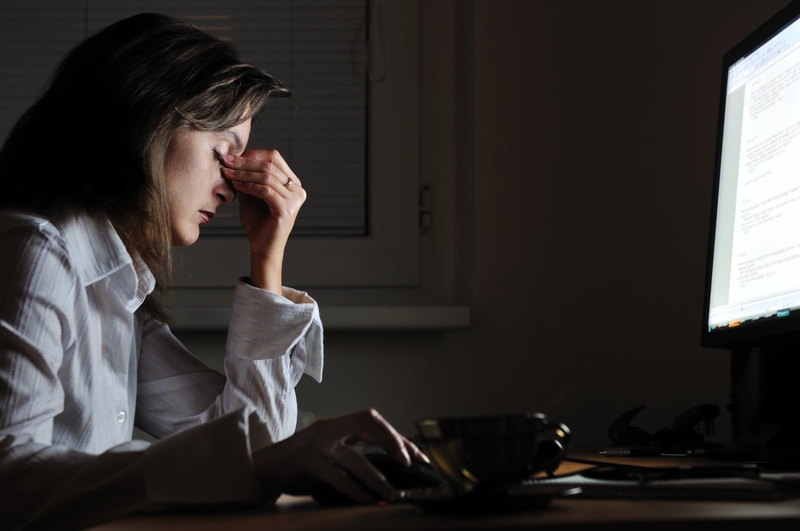 Losing focus easily and finding yourself unable to finish tasks such as projects, presentations, or chores are classic signs of Inattentive Adult ADD/ADHD.

Forgetting things, being easily distracted, and feeling restless are all signs of adult ADD, a biological brain disorder that has been reclassified as ADHD. Adult ADHD is increasingly common, affecting 5 percent of adults, according to the Attention Deficit Disorder Association (ADDA).

So what are the symptoms traditionally tied to adult ADD, and how do they differ from adult ADD? Read on to find out.

Adult ADD is an outdated term used to describe someone who’s easily distracted or inattentive but not hyperactive. “Sometimes, people use the term ADD to indicate ADHD without hyperactivity, or ADHD,” says Dr. Michelle Frank, Clinical Psychologist and Vice President of the ADDA. “This terminology, though, used sometimes in casual conversations, is outdated and incorrect.”

What’s the Difference Between Adult ADD and ADHD?

In 2013, the American Psychiatric Association released the fifth edition of its Manual of Mental Disorders (the diagnostic bible for psychological issues). Within it were altered diagnostic criteria for attention deficit disorders, leaving only one classification—ADHD. The classification is subdivided into three different types of adult ADHD:

For more information about these subtypes, read our post Adult ADHD: Joking Aside, Do You Struggle With It?

What Are the Symptoms of Adult ADD/ADHD?

The following symptoms of adult ADD/ADHD fall under three specific categories based on the subtypes mentioned above. For proper diagnosis of adult ADHD, the person involved must have suffered from symptoms since childhood (i.e., before the age of 12). The symptoms must also persist in a multitude of environments (for example, at home, work, and in social settings). For more information about diagnosing and treating adult ADHD, see our post Adult ADHD: Diagnosis and Treatment.

Someone with symptoms of Inattentive Adult ADHD:

Someone with symptoms of Hyperactive and Impulsive Adult ADHD:

Those who suffer from Combined Adult ADHD experience symptoms from both the Inattentive and Hyperactive/Impulsive types of the disorder listed above.

Do Symptoms of Adult ADHD Differ from a Child’s ADHD?

Adults are less likely to demonstrate hyperactive traits in the same way as children, who, for example, may jump on a desk or climb the walls. Through maturity and years of practice with managing their symptoms, adults are better able to hide their impulsive and hyperactive feelings.

“Instead,” Frank says, “the hyperactivity seems to go ‘underground’ and present as a feeling of inner restlessness, trouble relaxing or sitting still, and fidgeting.”

Is adult ADHD a disability? Definitely, says Frank. “ADHD is one of the most impairing psychiatric diagnoses because it impacts so many facets of life across the lifespan, which can have a number of consequences that take a great toll on self-esteem and living up to one’s dreams and potentials.”

But is ADHD considered a disability in the eyes of the law? The short answer is “yes,” although the issue is not straightforward.

According to Frank, those who have a diagnosis of ADHD qualify for accommodations under the Americans with Disabilities Act as long as their conditions are serious enough to impair their daily functioning at home, at work, and in social environments. It’s the individual’s specific symptoms and corresponding restrictions that allow him or her to qualify for protection, not the actual condition of ADHD.

Can a Person Grow Out of ADHD?

No. As mentioned earlier, ADHD is a brain-based biological syndrome. It’s highly genetic, which means you won’t get it from eating too many sweets, bad parenting or playing too many video games (phew). Nor can a person outgrow the condition.

While some people notice a great improvement in symptoms as they age (for example, young boys with ADHD tend to be less hyperactive and impulsive as they get older), those who suffer from ADHD will still experience similar feelings or challenges internally, says Frank.

ADHD is a neurodevelopmental condition. That means part of the disorder is tied in with how the brain ages. “The ADHD brain matures a bit later than neurotypical brains. As a result, some people with ADHD see improvement as they progress through their 20s,” Frank explains. “They learn how to compensate for their challenges over the years.”