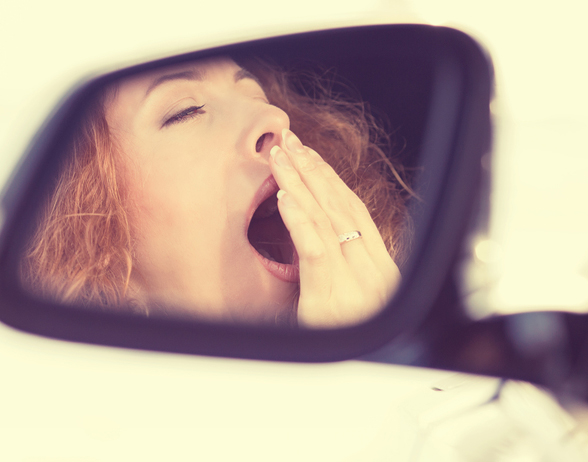 Sleep deprivation can cause fatigue, mood disorders, mental acuity, and more. Pursue sleep hygiene changes (see lead story) if you're among the 40 million Americans struggling with this sleep disorder.

An estimated 40 million Americans—many of them seniors—suffer from long-term sleep disorders that result in sleep deprivation. And because poor sleep takes a heavy toll on the brain, detecting and treating sleep disorders is especially important for those of us who worry about maintaining mental acuity as we age.

Researchers have identified a number of negative consequences associated with sleep deprivation. These include fatigue, irritability, a decline in eye-hand coordination, atrophy and impairment of brain regions associated with attention, memory, thinking, and planning, as well as a heightened risk for dementia.

Disturbed and/or insufficient sleep may also lead to mood problems in older adults. According to a report published online March 7, 2017 in Sleep Medicine, researchers who followed 4,545 men and women aged 50 or older for six years found that participants whose sleep was of short duration (less than six hours) or frequently interrupted were significantly more like to develop symptoms of depression over the study period than those whose sleep was longer and undisturbed.

“These findings add to evidence from extensive research suggesting that an adequate amount of good quality sleep at night is necessary for optimal brain health and functioning,” says Kenneth Sassower, MD, an MGH neurologist and expert in sleep disorders. “Just being sleepy impacts mood and cognition. This is true for all age groups, but among older adults, getting a good night’s sleep is especially important and may become increasingly more challenging.

“Older adults tend to have more trouble falling asleep, experience a greater number of sleep interruptions during the night, and wake up earlier in the morning. Deep-wave sleep—the stage of sleep in which brain waves slow down, dreaming stops and the sleeper becomes difficult to awaken—may become impaired, interfering with the transfer of short-term memories from the hippocampus to the prefrontal cortex for long-term storage. Taking steps to ensure a good night’s sleep and recognizing and getting treatment for sleep disorders or problems is key to maintaining a sharp brain as you age.”

Are your nights of tossing and turning a sign that you may have a sleep disorder that results in sleep deprivation? Read over the checklist below.

If you answer “yes” to more than one of these 11 symptoms, you may have a sleep disorder and should consider contacting your doctor for an assessment:

Among the many types of sleep disorders, the most common are:

OSA affects an estimated 20 million Americans, of whom more than 82 percent remain undiagnosed. In addition to cognitive decline, OSA has been associated with an increased risk among older adults for high blood pressure, stroke, heart disease, and diabetes. The sleep disorder is characterized by periodic and repeated closures of the airway during sleep. The throat muscles sag, narrowing the airway and briefly interrupting breathing and/or causing loud snoring, and interrupting oxygen delivery to the brain.

Although episodes of sleep apnea may occur as often as 20 to 30 times each hour, many people with sleep apnea may be unaware they have the disorder because symptoms occur while they are sleeping. Often, family members are the first to notice the signs of OSA. A medical assessment is recommended for symptoms such as loud snoring; pauses in breathing followed by gasping or choking; abrupt awakenings caused by shortness of breath; frequent morning headache, dry mouth or sore throat; or excessive daytime drowsiness.

Treatment involves weight loss and lifestyle changes, changing sleep positions, and/or the use of special devices (e.g., continuous positive airway pressure, or CPAP) that provide air pressure to help keep airways clear, or oral devices that reposition the jaw to keep the throat open. For some patients, surgery may be recommended.

WHAT YOU CAN DO: QUICK SLEEP TIPS

To help ensure that you’re getting the best night’s sleep possible, pay attention to these foundations of good sleep hygiene:

Insomnia is characterized by difficulty falling asleep (more than 30 minutes) or difficulty staying asleep (waking more than once or for long periods during the night). Insomnia is estimated to affect about 30 percent of the adult population at any one time, of whom an estimated 10 percent may have serious, long-term insomnia.

Treatment for occasional insomnia involves lifestyle changes, exercise, adherence to good sleep hygiene, and sometimes short-term use of medication. Sleep relaxation training focusing on mind/body techniques can also be helpful. People with long-term insomnia should seek an assessment from their doctor, a sleep specialist, or a sleep clinic. Treatment may involve psychotherapy and/or medications.

RLS commonly affects older adults, although as many as 10 percent of all adults are thought to have the condition. The disorder involves sensations of itching, tingling, or prickling in the legs and feet, leading to a strong need to move the legs that interferes with the ability to drift off to sleep.

RLS may be accompanied by a separate disorder called periodic limb movement disorder (PLMD), a condition that occurs after sleep onset in which the legs jerk uncontrollably, causing frequent awakenings during the night. Treatment for both RLS and PLMD involves ensuring healthy iron levels, and using medications to control the actions of the neurotransmitter dopamine, which is thought to play a role in both disorders.

(See also “Is Twitching While Sleeping a Problem?“)

Narcolepsy is a disease of the central nervous system that involves brief bouts of uncontrollable daytime sleepiness that result in sudden unexpected periods of sleep lasting up to 30 minutes, even in the midst of daily activities. Its exact cause is not clear, although it may have a genetic component. Narcolepsy causes symptoms such as vivid dreams, loss of muscle control, temporary paralysis, hallucinations, disturbed sleep at night, and behaviors carried out without conscious awareness. Treatment for narcolepsy usually involves medications, such as antidepressants or stimulants.

WHAT YOU SHOULD KNOWCAUTION: OPIOD DEPENDENCE HAPPENS QUICKLY

Just a few days of treatment with an opioid medication can lead to dependency in vulnerable people, according to a new study. Researchers studied the medical records of a large number of individuals enrolled in insurance and managed care plans who received treatment with opioids and other painkillers, looking for indications of dependency. Extended treatment—one year or more—was considered an indication of chronic opioid use or dependency, which can take years to overcome. Among their findings:

The lead author of the study, which was published March 17, 2017 in the Morbidity and Mortality Weekly Report of the U.S. Centers for Disease Control and Prevention (CDC), advised doctors to discuss the dangers of dependence when long-term narcotic painkillers are prescribed: “The chances of long-term opioid use—use that lasts one year or more—start increasing with each additional day, starting after the third day, increase substantially after five or more days, and especially after someone is prescribed one month of opioid therapy.”