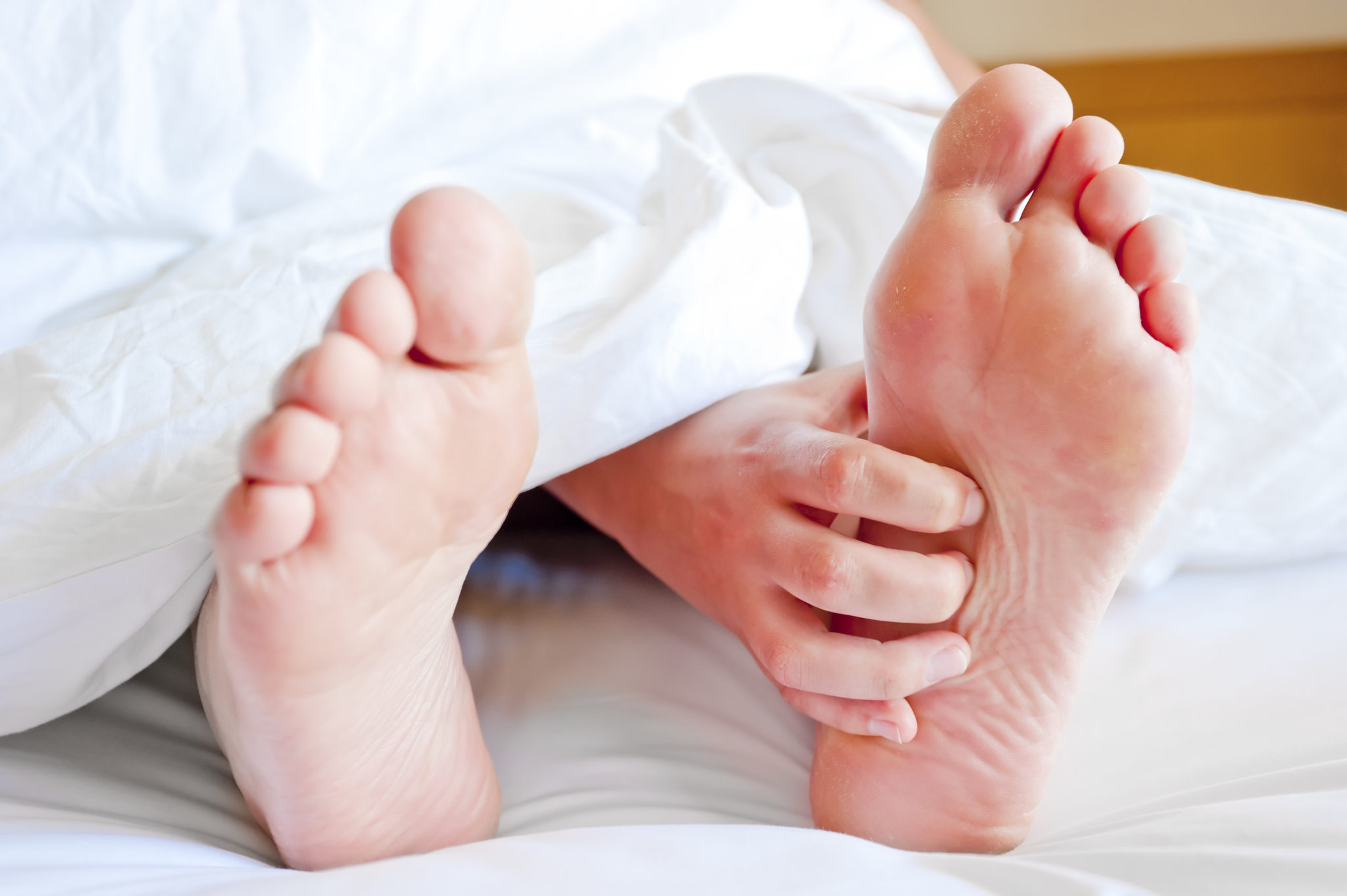 In a recent study, 18 of 31 children diagnosed with parasomnias in addition to restless legs syndrome or periodic limb movement disorder achieved relief with iron therapy,

If you have periodic limb movement disorder, your legs and arms may move around from a few times to close to 1,000 times while you’re asleep. These movement episodes can be as brief as a fraction of a second or last as long as five seconds. And they frequently recur every 20 to 40 seconds in one or both legs.

The movements can range from brief muscle twitches to an upward flexing of the feet to more violent jerking movements. These movements cluster into episodes lasting anywhere from a few minutes to several hours, and often are more frequent if you drink excessive amounts of alcohol.

It isn’t known what exactly causes periodic limb movement disorder, but some medications—including tricyclic and selective serotonin reuptake inhibitor (SSRI) antidepressants, antihistamines, and some antipsychotics—can aggravate the condition, as can withdrawal from other drugs (such as barbiturates, benzodiazepines, and sedatives).

DO YOU ALSO HAVE RESTLESS LEGS SYNDROME?

If you experience intense, uncomfortable, creepy-crawly sensations in your legs and feet as you lie in bed before falling asleep, and get relief only by shifting positions repeatedly, rubbing your legs, or getting up and moving around, you may have restless legs syndrome (sometimes written as restless leg syndrome). The condition may cause uncontrollable urges to move your legs during waking, and during sleep you’re likely to experience periodic limb movement disorder that disrupts your sleep or your partner’s sleep

As with periodic limb movement disorder, the cause of restless legs syndrome is unknown, although experts suspect it may be related to dopamine, the neurochemical that carries signals between the brain cells that control body movement.

Frequent nighttime awakenings are associated with periodic limb movements, and, not surprisingly, daytime fatigue or sleepiness is a common symptom of the condition. However, most people are not even aware of the movements that disrupt their sleep, and as with snoring, a bedmate is often the one who spots the problem because it disrupts his or her sleep.

Periodic limb movement disorder is diagnosed with a sleep study conducted in a lab. A sleep study utilizes special equipment that records how well you sleep, and monitors your breathing while you sleep (it can identify whether you’re suffering from sleep apnea). You also may have blood tests to check your levels of certain vitamins and minerals.

Treatment for periodic limb movement disorder is indicated only if the disorder causes problems, such as multiple awakenings or excessive daytime fatigue.

Anti-Parkinson’s disease medications, such as levodopa, pramipexole, and ropinirole, can be effective at curbing periodic limb movements. The sedative clonazepam may inhibit the arousals that occur with the condition and help lessen daytime fatigue and sleepiness. Generally, a single bedtime dose of pramipexole or ropinirole suffices to control both periodic limb movement disorder and restless legs syndrome, which often occurs alongside it.

Do you have trouble sleeping? There’s a good chance you do; some 40 million people in the United States suffer from chronic long-term sleep disorders each year, with another 20 million people reporting occasional sleep problems, according to the National Institute of Neurological Disorders and Stroke. Periodic limb movements account for just one type of sleep-disrupting condition; there are multiple others that can keep us from getting the commonly recommended seven to eight hours of sleep per night. See these University Health News posts for information on sleep disorders:

See also these posts for advice on how to overcome insomnia: