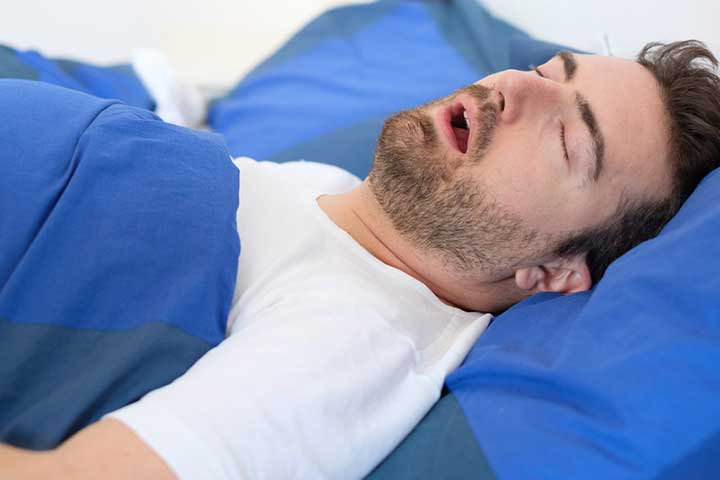 In many cases, people experience symptoms of sleep apnea without knowing that they have it. After all, the most noticeable and obvious symptoms like snoring occur while you are asleep.

Sleep apnea is best known for snoring, but did you know that there are a multitude of other sleep apnea symptoms that you might not know about? If you’ve been dealing with symptoms like dry mouth, headache, or even depression, sleep apnea might be to blame. Finding effective sleep apnea treatments could help you to get back to feeling like yourself.

Sleep Apnea Symptoms: Not all Are Easy to Identify

Sleep apnea is best known for its hallmark symptom of cessation of breathing during episodes in the night. But there is a long list of sleep apnea symptoms, some of which may surprise you:

In many cases, people experience symptoms of sleep apnea without knowing that they have it. After all, the most noticeable and obvious symptoms like snoring occur while you are asleep.

But if you’re experiencing any of these symptoms, especially inexplicable mood swings or a depressed mood, getting screened for sleep apnea may help you to identify the root cause of your symptoms.

Can Sleep Apnea Really Cause Depression?

Several studies have shown that people with obstructive sleep apnea are significantly more likely to also have depression than the general population.[1] The results of clinical studies show that the prevalence of depression in sleep apnea patients is between 21% and 39%.[2]

Another possible explanation is that depression develops in response to some of the other sleep apnea symptoms like poor sleep quality. Sleep apnea may cause poor sleep and thus fatigue, sleepiness, and other symptoms making daily life difficult; these could in turn trigger depression.[2]

Many people have found relief from depression when they address and treat their sleep apnea. In one study, participants with sleep apnea who scored higher than a 10 on a health questionnaire measuring depressive symptoms were considered clinically depressed. After the 228 people in the study started to use CPAP therapy to treat their sleep apnea, the percentage of people who scored higher than a 10 on the depressive symptoms questionnaire decreased from 74.6% to only 3.9%.[4]

Other studies have found conflicting results, suggesting that depression may not be so easily relieved in all cases. But if you are suffering from depression, identifying and treating a possible sleep disorder is certainly worth a try.

Diagnosis and Treatment of Sleep Apnea

If you have depression (or one of the many other sleep apnea symptoms like dry mouth or headache) and can’t quite figure out why, get screened for sleep apnea.

A sleep specialist can run tests to measure your oxygen intake during the night to determine if you have this sleep disorder. If so, there are a variety of options to treat the condition. Many people use a CPAP machine, which is a device that helps you to get plenty of oxygen while you sleep. Read How to Stop Sleep Apnea – 4 Non CPAP Remedies for alternative options.

Have you ever had sleep apnea? What symptoms did you experience? What treatment options worked for you? Share your experience in the comments section below.

Originally published in December 2015, this post has been updated.