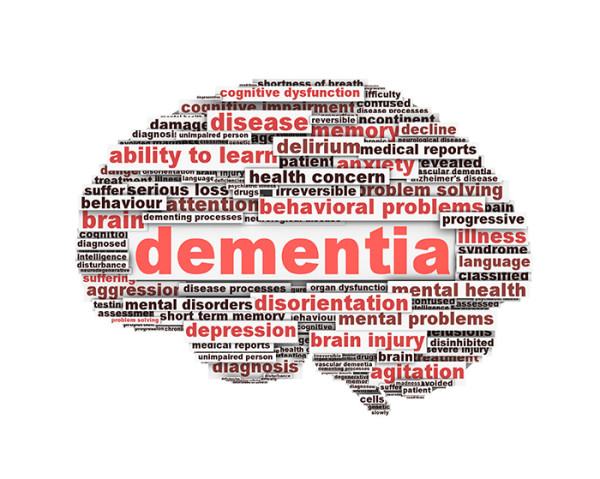 The medical records of more than four million people revealed that heightened blood pressure was associated with a 62 percent higher risk of vascular dementia between the ages of 30 and 50, according to a recent study by the George Institute for Global Health.

What is vascular dementia? It refers to a spectrum of cognitive impairments resulting from damage to blood vessels in the brain.

Stroke, either a significant singular stroke or multiple smaller strokes, is a major cause of vascular dementia (VaD), but any disease process that damages blood vessels in the brain can also result in VaD. Atherosclerosis (the build-up of plaques in the walls of arteries), high blood pressure, diabetes, lupus erythematosus, and temporal arteritis are all diseases that can cause VaD.

Who Gets Vascular Dementia?

People suffering from any of the disease processes that can damage blood vessels are at risk of developing VaD. Additionally, people who smoke, are overweight or obese, or who have elevated levels of low-density lipoprotein (LDL) cholesterol—the so-called “bad” cholesterol— have an increased risk of VaD.

A history of heart attack or atrial fibrillation (an abnormal heart rhythm) also puts you at risk for VaD. Epidemiologic evidence suggests that VaD occurs slightly more often in men than in women and is more common in African-Americans and men in Asian countries.

CHOLESTEROL FLUCTUATIONS A FACTOR IN STROKES?

The connection between heart and brain health is underlined by a study associating greater fluctuations in LDL (“bad” cholesterol) levels with worse cognitive function in seniors.

The study (Circulation, July 19, 2016) included 4,428 older adults who underwent standard memory tests. Compared to people with the lowest variability in LDL, those with the highest LDL variability took 2.7 seconds longer, on average, to name the real colors of color names written in different ink (for example, the word blue written in red ink).

High cholesterol is associated with a build-up of an abnormal protein called beta-amyloid in the brain, notes neurologist Sam Gandy, MD, PhD, director of Mount Sinai’s Center for Cognitive health and NFL Cognitive Care. It is believed that beta-amyloid deposits contribute to AD by destroying the brain cells’ ability to communicate with each other, Dr. Gandy told Focus on Healthy Aging. In mouse studies, lowering cholesterol works like magic: beta-amyloid melts away—but no human trial has come close to achieving the same result.

Further studies are needed to examine whether these data could be useful in clinical practice, but right now they support expert advice to follow healthy lifestyle measures that can help maintain normal cholesterol levels.

What Are Vascular Dementia Symptoms?

The symptoms of VaD can range from mild to severe depending on the area of the brain affected and the cause (e.g. a major stroke in a critical area of the brain will likely cause more dramatic symptoms than chronic diffuse blood vessel damage from high blood pressure). The classic pattern of VaD symptoms, however, is a step-wise pattern in which loss of mental skills occurs in relatively abrupt “steps” as opposed to the gradual loss seen in Alzheimer’s disease (AD).

How Is Vascular Dementia Diagnosed?

Diagnosing VaD involves a multimodal approach: medical history, input from a family member or trusted friend regarding daily function, a physical examination (including a detailed neurologic exam), laboratory testing, and radiologic imaging. Dementia is often easy to identify; however, diagnosing VaD as the cause of dementia is more complicated given the absence of a specific test for it.

If you don’t have a known history of one of the underlying diseases that can cause VaD such as high blood pressure, diabetes, or atherosclerosis, your doctor may decide to test for these conditions by measuring your blood pressure, blood cholesterol levels, blood glucose levels or hemoglobin A1C. Additionally, he or she may test for thyroid disease and vitamin deficiencies (such as B12 deficiency) to rule out those as causes of dementia.

A carotid ultrasound may be performed to evaluate the carotid arteries, the large arteries that supply the blood vessels of the brain, for evidence of plaque build-up. Computed tomography (CT) or magnetic resonance imaging (MRI) can help identify structural changes in the brain, including blood vessel abnormalities and evidence of strokes.

Vascular dementia cannot be reversed, but treatment can, in some cases, slow or prevent its progression. Vascular dementia treatment involves controlling the underlying conditions that may have contributed to blood vessel damage. Healthcare providers may prescribe medications to control blood sugar levels if you have diabetes, lower your blood pressure if you have hypertension, lower your cholesterol levels if you have atherosclerosis, or reduce your risk of developing blood clots that can lead to stroke.

Lifestyle modifications such as smoking cessation, exercise if feasible, and eating a healthy diet can also help control these diseases.

While the U.S. Food and Drug Administration (FDA) has not approved any drugs specifically for VaD symptoms, some patients have seen improvement with medications approved for treatment of AD symptoms.

VaD can significantly shorten life expectancy. Treatment can help slow the progression and reduce symptoms, but statistics demonstrate that on average people live four years from the time of diagnosis. It may be even shorter—three years—for those whose VaD is due to a stroke.