Home » Daily » Memory » Brain Atrophy: Can It Be Reversed? 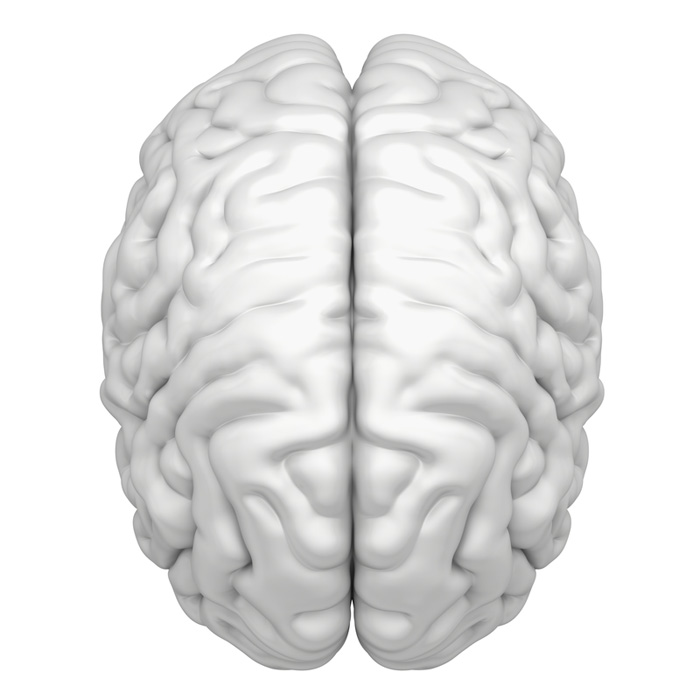 The brain is very much a "use it or lose it" organ. Keep it active!

The human brain is a truly remarkable and highly complex organ. Neurons are the brain cells that carry messages throughout the brain, nervous system, and body. It’s estimated that healthy adults have around 100 billion neurons, each connecting to 10,000 other neurons—an impressive network indeed!

Brain atrophy “is a common feature of many of the diseases that affect the brain,” according to the National Institute of Neurological Disorders and Stroke (NINDS). “Atrophy describes a loss of neurons and the connections between them.”

Brain atrophy can be:

Wherever atrophy occurs, there will be decreased function of that part of the brain and symptoms in the part of the body controlled by that area. If atrophy affects both hemispheres or lobes of the brain, then thinking, sensation, movement, and/or speech may be impaired.

Perhaps the most common question surrounding brain atrophy would be: What causes it? A number of reasons can come into play, among them normal aging.

As we age, we lose brain cells and their connections at a rate faster than we can make new cells (neurogenesis) or new connections (neuroplasticity). In fact, from young adulthood onwards, the average brain shrinks 1.9 percent in every 10-year period. In healthy people, the effects may become noticeable in their 60s, when the rate of loss increases to around 1 percent each year. The hippocampus—the area of the brain responsible for forming new memories—shrinks significantly.

Disease Processes That Cause Brain Atrophy

Symptoms reflect the area of the brain which has lost tissue. Common presenting symptoms include: 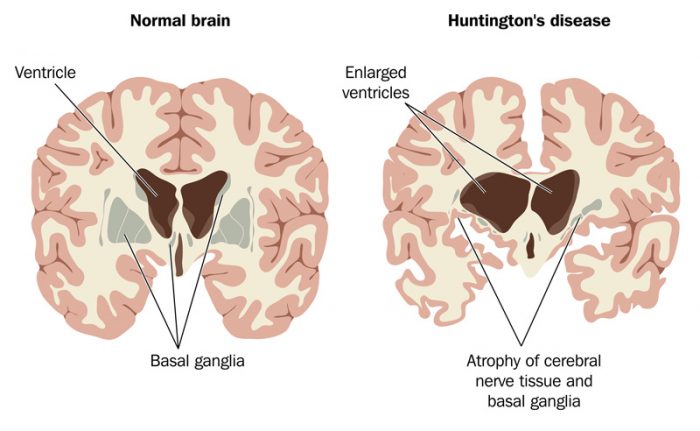 This graphic illustrates enlarged ventricles in a brain and atrophy of nerve tissue (right) .

Should I Be Worried? Assessing Brain Atrophy

Many of us experience “senior moments”: losing our keys, forgetting the name of friend, or missing an appointment. But at some point, you might become concerned that your symptoms are a sign of something more significant. If so, make an appointment to see your physician.

Your doctor will take a full medical history and examine you. He or she may then order some investigations, which could include:

Treatment for brain atrophy depends on the cause.

In Alzheimer’s Cholinesterase inhibitors such as Donepezil (Aricept), may help with symptom relief.

Your outlook or prognosis depends on which condition caused your brain atrophy. Some conditions—like stroke, encephalitis, multiple sclerosis, or AIDS—are manageable with treatment. Brain atrophy can be slowed or stopped in some situations. Others—like Alzheimer’s and Huntington’s disease—will get progressively worse in terms of both symptoms and brain atrophy over time.

Talk to your doctor about the cause of your brain atrophy, possible treatments, and what outlook you can expect.

Reducing Your Risk of Brain Atrophy

Your lifestyle choices play a significant role in your brain health, risk of disease and of developing brain atrophy.

If you have concerns and are worried about your brain health, don’t be a martyr; make an appointment to see your doctor. You may well have a condition like depression or B12 deficiency that’s easily treated. Whatever the cause, the sooner you have a diagnosis and can start treatment, the better.