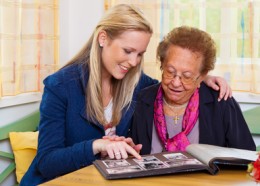 According to the Alzheimer’s Association, one in eight older Americans has Alzheimer’s disease, the sixth-leading cause of death in the United States.[1] Many people are unaware that there are different stages of Alzheimer’s disease; knowing these stages can help you take the appropriate steps to prevent memory loss before it’s too late.

The Stages of Alzheimer’s Disease

Stage 1: No impairment.  A person does not show any dementia symptoms. It is important to note that this subclinical stage of the illness  is believed to span several decades in a patient who ultimately develops Alzheimer’s. That’s important because it means we need to begin working on prevention early in the process, before any symptoms manifest.

Stage 2: Mild Cognitive Impairment (MCI) or mild cognitive decline. During this stage, a person feels as if he or she is having memory lapses such as forgetting familiar words. While everyone experiences some forgetfulness from time to time, mild cognitive impairment is more pronounced than normal memory loss and a person will experience problems with mental function more regularly. MCI is considered as a transition phase between normal aging and Alzheimer’s disease. MCI confers an increased risk of developing Alzheimer’s but not an absolute sentence. In fact, in many cases with proper lifestyle and nutritional interventions in this stage, cognition can be restored back to normal.

Stage 3: Mild Alzheimer’s. More pronounced memory loss occurs, particularly with words and names. For example, a person will forget the names of people or confuse friends and family for one another. Additionally, the person starts misplacing items, particularly items of value. Co-workers begin to notice the memory impairments as the person has increasing difficulty performing normal work tasks or organizing; and they begin to forget current events such as meetings. During this stage, friends and family also begin to notice the increasing amount of memory loss. As such, the person may start to become socially isolated and withdrawn.

Stage 4: Moderate Alzheimer’s. The person with moderate Alzheimer’s is not able to come up with the names of close family members and friends and begins to forget significant details about their family and/or own personal history. He has difficulty recalling his home address or phone number. He is often confused about what day of the week it is.  Activities of daily living (bathing, dressing, combing hair) become increasingly difficult. In some cases, the person begins to experience hallucinations and paranoia. They become easily frustrated due to the memory loss and may even be violent.

Stage 5: Severe Alzheimer’s. This stage is the one most are familiar with when they hear the words “Alzheimer’s disease.” At this point, the person can no longer take care of him- or herself and cannot talk coherently, if at all. Muscles become rigid and the person may have difficulty walking or controlling movements. Eventually, he or she loses the ability to swallow and/or bladder and bowel control.

The best time to protect your memory is during the first two Alzheimer’s stages. If you notice that you are becoming more forgetful or if you have a genetic predisposition to Alzheimer’s disease, here’s what you can do: