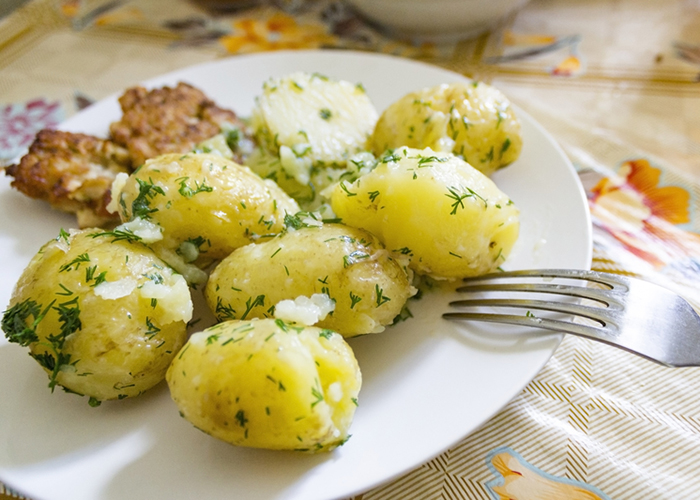 Our diet is an important source of vitamin B6. We get it from such foods as groud beef, turkey, chickpeas, salmon, and (pictured) boiled potatoes.

Vitamin B6 is an essential nutrient, a water-soluble vitamin present naturally in some foods or added to others. It’s also available as a dietary supplement.

There are several forms of vitamin B6. The ones that actively contribute to your body’s metabolism are known as pyridoxal 5′-phosphate (P5P for short) and pyridoxamine 5′-phosphate (PMP). “Essential nutrient” means that while your body can use vitamin B6, it cannot synthesize it on its own, so you must get it through your diet or dietary supplements.

Why is vitamin B6 important? It plays a role in the metabolism of amino acids, glucose, and lipids and contributes to cognitive development, gene expression, and the synthesis of hemoglobin. (Hemoglobin is the protein that allows oxygen to bind to red blood cells.)

Vitamin B6 provides a range of health benefits. For example, it can help to prevent anxiety attacks, per a study at Japan’s Okayama University Medical School. Researchers there looked at the serum concentration levels of vitamin B6 and iron in patients who had been admitted to an emergency room due to a panic attack and those of some volunteers. They found that the patients with severe panic attacks had less vitamin B6 in their serum than the volunteers.

Why did researchers look at vitamin B6 levels? Because it’s a necessary element in the synthesis of serotonin, a hormone that promotes happiness.

Vitamin B6 can also help to alleviate nausea and vomiting during pregnancy. “Morning sickness” is generally self-limiting and will resolve on its own, but for women with severe symptoms, vitamin B6 supplementation should be discussed with a physician.

Other studies have suggested that vitamin B6 can be beneficial for cardiovascular health, brain function, asthma, sleep cycle regulation, arthritis, and eye health.

Vitamin B6 deficiency symptoms in adults include:

Some medications can interfere with vitamin B6 levels. These include some antiepileptics, chemotherapeutics, antibiotics, theophylline, and medications that are used to treat Parkinson’s disease and Alzheimer’s disease.

If you’re concerned that you might have a vitamin B6 deficiency, consult with your doctor so that he or she can test your vitamin B6 levels and help you to determine the best treatment plan. Communication with your physician is especially important if you take any medications that may interact with vitamin B6.

FYI: HOW MUCH VITAMIN B6? DOSAGE RECOMMENDATIONS FROM THE NIHAccording to the National Institutes of Health, it is recommended that adults ages 19 to 50 get 1.3mg of vitamin B6 daily, and adults 51 and over get 1.7mg (men) or 1.5mg (women). You can see the complete chart by clicking here.

Vitamin B6 Foods and Supplements

The following foods are worthy sources of vitamin B6:

You can find more vitamin B6 foods, some you probably never knew existed, on this list from the United States Department of Agriculture.

Vitamin B6 can also be taken as a supplement, formulated as capsules, tablets, or liquids. Supplements can include various forms of vitamin B6, and different manufacturers may list them with different names.

Vitamin B6 is water-soluble, so excess amounts are usually excreted in your urine. It is difficult to get too much vitamin B6 from food sources, but it is possible to overdo supplements.

Taking too much vitamin B6 for an extended period of time can lead to severe ataxia (poor control of movement, usually characterized by jerky, exaggerated motions), skin lesions, photosensitivity, nausea, and heartburn. The maximum amount of vitamin B6 that an adult should have each day is 100mg, far more than the recommended daily allowance. 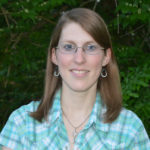 Kate Eldredge earned her bachelor of arts from Cornell University in English with a concentration in creative writing. Her writing career stemmed from her love of dogs and dog shows, … Read More

View all posts by Kate Eldredge