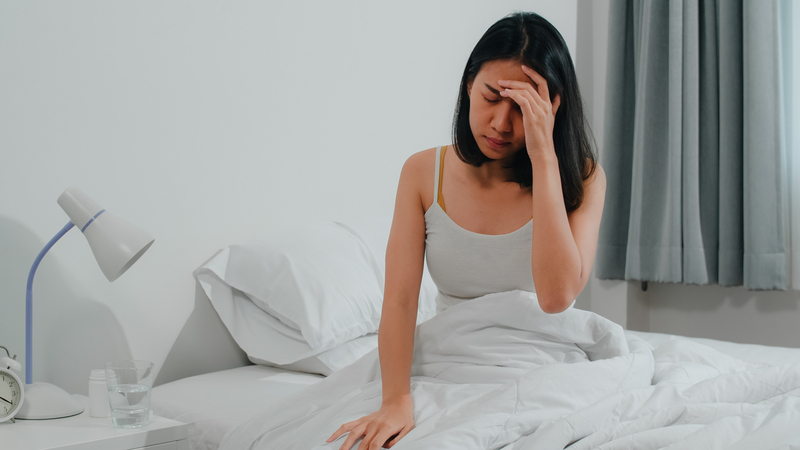 Fatigue isn't the only symptom of low B12.

In the nervous system, vitamin B12 is necessary for the formation of myelin, a whitish insulating sheath around nerve fibers that increases the speed at which impulses are conducted. It is also needed for the production of some neurotransmitters. Other common symptoms are caused by loss of red blood cells, called anemia.

The most common symptoms of low vitamin B12 include:

Risk Factors for B12 Deficiency

Risk factors for vitamin B12 deficiency include:

How to Treat Vitamin B12 Deficiency Symptoms

Treatment for vitamin B12 deficiency usually starts with B12 injections. Some patients need regular injections for life, depending on the cause of the deficiency. After vitamin B12 shots have returned the body’s levels to normal, it’s possible to switch to oral vitamin B12 supplements.

Research shows that people who are not B12 deficient do not benefit from supplements. If you have symptoms of B12 deficiency talk to your doctor. The best way to diagnose B12 deficiency and the cause is with blood testing.

VEGAN DIET AND VITAMIN B12 DEFICIENCY

Does following a vegan diet leave you with vitamin B12 deficiency symptoms? It’s something to consider, experts say. After all, fish, meat, poultry, eggs, and dairy products—all foods not included in a vegan diet—are classic sources of vitamin B12. So it’s a good idea to have your B12 levels checked when you have your annual blood work done. Very low levels may suggest you need monthly or bi-weekly B12 injections to restore and maintain healthy levels.

Vitamin B12 is essential for healthy functioning of your brain, nervous system, and metabolism. Vitamin B12 deficiency symptoms may include:

Without a blood test to confirm the problem, you may not even know that you have vitamin B12 deficiency, according to the March 2017 issue of Women’s Nutrition Connection. A doctor may recognize the possibility of B12 deficiency based on a physical exam and a review of your symptoms, and a simple blood test can reveal your actual B12 levels.

This post originally appeared in 2014 and has been updated regularly.