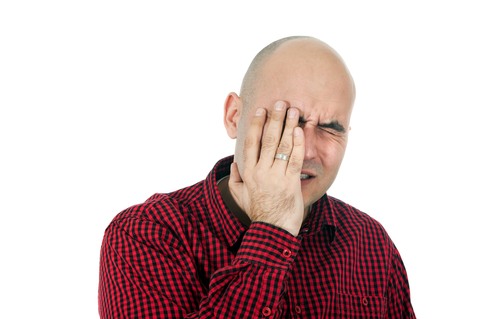 Among the many supplements and vitamins for memory protection are the B-vitamins.

The growth in Alzheimer’s disease prevalence is alarming. An abundance of research is trying to figure out how we can protect our brains from degeneration to keep the mind sharp and memory intact. Among the many supplements and vitamins for memory protection are the B-vitamins, including B12, B6, B9, and B3, or niacin. While the first two are more commonly associated with dementia and cognitive function, niacin benefits the brain as well, and it may play an important role in protecting against Alzheimer’s disease.

B Vitamins for Memory Loss and Dementia

Most attention on B vitamins for dementia focuses on vitamin B12, B6, and B9. This isn’t surprising; studies show that deficiencies in these vitamins are common in the elderly and can contribute to cognitive decline.[1]

Treatment with a complex of B-vitamins helps to prevent neurodegeneration. One study showed that over two years, vitamin B treatment slowed shrinkage of the whole brain, and further study showed that B vitamins reduced gray matter atrophy in regions of the brain specifically susceptible to Alzheimer’s-related degeneration.[2]

Niacin treatments have led to improvements in cognitive test scores and overall function,[3] while a deficiency in niacin (called pellagra) can cause symptoms of mental confusion and dementia, along with scaly skin, muscle weakness, and diarrhea.[4] One study found that lower blood levels of niacin were more common among elderly patients with dementia than controls.[3]

Niacin is important for DNA synthesis and repair, the growth and formation of nerve cells, cell signaling, and antioxidant functions in the brain, all of which likely contribute to the niacin benefits for dementia.[3] Niacin is also one of the more effective ways to lower bad cholesterol and raise good cholesterol. It turns out that cholesterol levels are linked to Alzheimer’s disease, so another way niacin may prevent Alzheimer’s is through keeping cholesterol in check.[4]

Foods rich in vitamin B3 include meats, fish, legumes, nuts, coffee, tea, and common enriched food products. Niacin can also be taken as a supplement – try a dose of between 17 and 45 mg.[5] If you have symptoms of a niacin “flush,” including burning, itching, redness, or headaches, lower your dose and increase slowly. If you are at risk for cognitive decline and want to take steps to protect your brain, a B-complex vitamin that contains niacin as well as B12, B6, and folate is also a good option.

Do you take niacin? What other steps do you take to prevent memory loss or dementia? Share your thoughts in the comments section below.