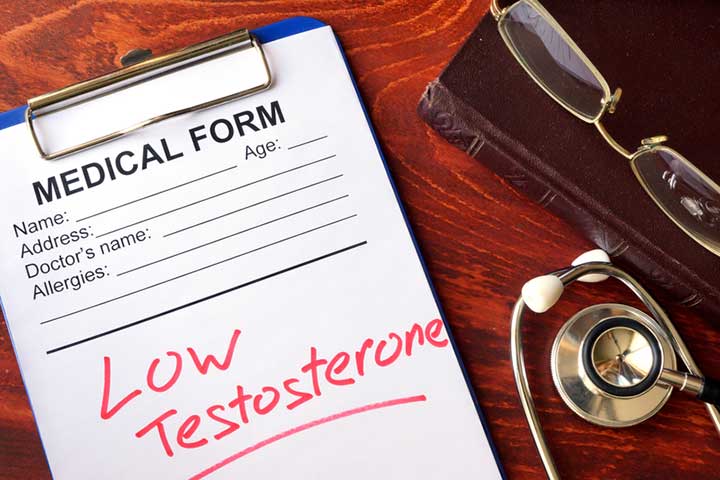 Studies have validated that compared to controls, men with Alzheimer’s and dementia symptoms have lower levels of testosterone.

Typically, shiny red sports cars or Harley motorcycles come to mind when you hear the words mid-life crisis.  Many wives joke that after 50, their husbands begin losing their minds. But, research indicates the term mild-life crisis may have a whole new meaning. You see, as a man ages, his levels of testosterone can decline, which can raise his risk for dementia and Alzheimer’s. Literally, “losing your mind” is a crisis no man wants to face.

The frontal lobe of the male brain contains many receptors for the hormone testosterone. When testosterone is low, a man can suffer loss of cognitive function, memory problems, and other progressing dementia symptoms. Less advanced symptoms include depression, lack of motivation, loss of libido, and a grumpy attitude. Read more about How to Identity Low Testosterone Symptoms here.

The first thing many men want to do when they read about low testosterone is use testosterone cream. Unfortunately, this could make things worse, especially in younger men who can restore hormone function naturally. Hormone creams can raise the levels of hormones too high, which are then stored in body fat. This not only disrupts the communication between the hormone glands and the brain, but it can also cause hormone receptor site resistance. Here, a disruption in metabolic balance occurs, causing symptoms of low testosterone because the testosterone can’t get into the cells.

Although bio-identical hormone therapy may be appropriate in some cases, for many men low testosterone is the result of chronic insulin surges due to a diet high in sugar and carbohydrates, which is stressful to the body. Food intolerances, poor digestive function, chronic inflammation, and consuming convenience foods are other factors that create chronic stress. This not only lowers testosterone but also increases the risk for dementia symptoms and Alzheimer’s. Instead of using a prescription cream, men should first balance their blood sugar and reduce inflammation, which may restore testosterone activity to healthy levels.

Diet Important When Testosterone Therapy is Used for Dementia Symptoms

For an older man, or for a man who is already experiencing mild cognitive impairment, dementia symptoms, or Alzheimer’s, testosterone hormone therapy may improve quality of life (although one should always address the dietary and lifestyle factors to improve outcome). However, findings are mixed, with some calling testosterone therapy for dementia and Alzheimer’s a disappointment. This is because many men’s bodies convert the testosterone to estrogen, worsening overall health and dementia symptoms. The conversion of testosterone to estrogen is the result of a process called aromatization, which is frequently seen in cases of high blood sugar, insulin resistance, and pre-diabetes. In these cases, a more brain healthy diet that is low in carbohydrates and contains ample healthy fats and protein can not only improve brain health, but also prevent the conversion of testosterone to estrogen.

Testosterone is a wonderful brain-boosting hormone which improves mood, memory, motivation, and overall cognitive function—in both men and women. So the first step is to improve the diet to allow the body itself to increase stores of testosterone. But after doing that, some men (and women) still have many of the same low testosterone symptoms. Bio-identical hormone replacement therapy is a promising treatment option. Read about how it can beat depression and anxiety, while balancing hormones.