Home » Daily » Nutrition » Is Pasta Bad for You? 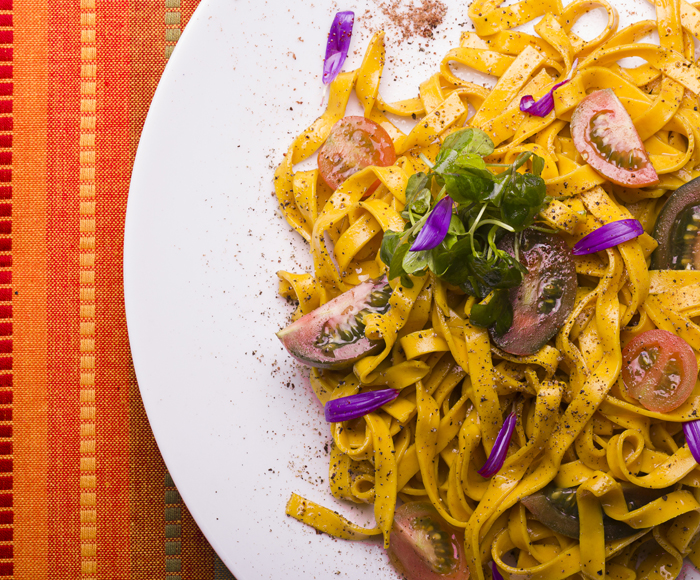 Pasta is one of the most beloved comfort foods on the planet, and the leading market, perhaps not surprisingly, is the United States. The average American eats nearly 20 pounds of pasta every year—which amounts to 2.7 million tons consumed annually in the U.S., according to the International Pasta Organization. We prepare pasta in myriad and delicious ways: hot, cold, covered in tomato sauce or cream, tossed with meat, poultry, veggies, or seafood, or with just a pat of butter and some garlic. But as good as it is for your taste buds (and for your soul!), is pasta bad for you in terms of health? The answer is complicated.

A bit of history first: The exact origins of pasta are difficult to trace, but we do know that it originated thousands of years ago in central Asia, where it was made from various plant-based flours. The process traveled westward and was further refined once it reached the Mediterranean, where durum wheat became the main ingredient in pasta flour, and where pasta was mixed with fresh vegetables and herbs.

Early Spanish settlers brought pasta to America but it didn’t become popular until Thomas Jefferson tried it during an extended trip to Paris between 1784 and 1789 and then, upon returning home, sang its praises. When large groups of Italian immigrants relocated to the U.S. in the late 19th century, pasta became even more in demand.

Is Pasta Bad for You? The Pros and Cons

According to the U.S. Department of Agriculture, 1/8th of a package of dry spaghetti contains the following:

Myth: “Pasta doesn’t have any nutritional value.”
Fact: Not only does pasta contain complex carbs that help give you energy, but many varieties are enriched with essential vitamins and minerals.

Myth: “I’m trying to lose weight, so I shouldn’t be eating pasta.”
Fact: One serving of pasta contains only around 200 calories and one gram of fat, and its low glycemic index can help you control your appetite.

Myth: “Pasta is made from GMO wheat.”
Fact: There is no genetically modified wheat or wheat products that are commercially grown or sold in North America.

Looking at these stats, there are both pros and cons. On one hand, pasta is low in fat, sodium, and calories, high in protein, free of cholesterol, and enriched with vitamins and minerals. On the other hand, it’s high in carbohydrates and contains only a moderate amount of fiber. So, what does this mean? Is pasta bad for you?

The answer is no—as long as you consume pasta is a healthy way. That includes portion size: One common pitfall when we eat pasta is to overdo it, as we discuss in our “4 Healthier Ways to Eat Pasta” section. (See also our post Portion Sizes Matter When It Comes to a Healthy Diet.)

Here’s some more good news to share with anyone who asks, “Is pasta bad for you?” Studies show pasta consumption is linked with a reduced risk of cardiovascular disease, obesity, diabetes, and metabolic syndrome. A number of factors come into play. When pasta is cooked and cooled, for example, it becomes a resistant starch, which is not broken down by digestive enzymes. Resistant starch increases fat burning and reduces the fat storage of fat cells, suggesting it may help with weight loss.

As with most comfort foods, it’s okay to eat pasta, but in moderation. Here’s how to make your next bowl of pasta a healthier one:

IS PASTA BAD FOR YOU? CONSIDER THESE FINDINGS

A group of 20 scientists and health professionals from nine nations met in Italy in 2015 to present research on everyone’s favorite food, pasta. Among the findings presented at the so-called World Pasta Congress: 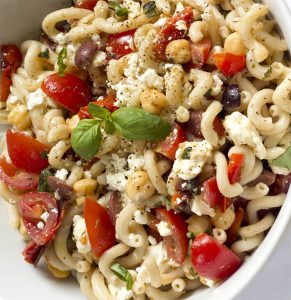 Courtesy of Gluten-Free and More