Home » Daily » Energy and Fatigue » Feeling Sleepy All the Time? Wake Up with a Detox! 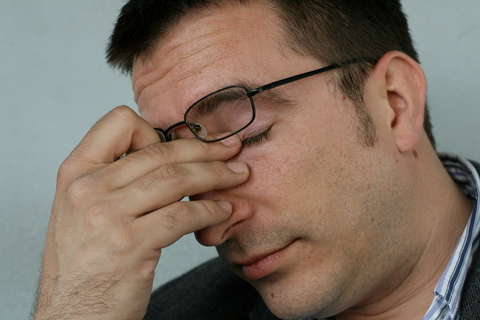 As many as 19.5% of Americans report having moderate excessive sleepiness.

Feeling sleepy all the time zaps the fun out of life. It robs you of your motivation and can make it next to impossible to perform even your most basic day-to-day tasks. Instead of turning to caffeine, energy drinks, and sugar to keep you going, there’s a much safer, more effective solution that practitioners of integrative, natural, and alternative medicine have been using successfully with their patients—detoxification!

As many as 19.5% of Americans report having moderate excessive sleepiness, according to a recent study from Stanford, while 11.0% report severe excessive sleepiness.[1] While feeling sleepy all the time can be a sign of a serious chronic health problem like obstructive sleep apnea, diabetes or heart disease, in many cases the underlying cause is never found and patients are sent out of the doctor’s office without hope.[2]

This does not have to include you, however. Doing a simple detox for even a short period of time is one of the best natural cures for fatigue and excessive tiredness. The word “detox” is not referring to drugs or alcohol, or even to wheatgrass or enemas. Instead, detoxification refers to the science of how your body rids itself of waste—a metabolic process involving the liver’s detoxification enzyme systems.

With billions of pounds of toxic chemicals released into the ground, water and air every year, thousands of food additives added to our food supply, and hundreds of pesticides and herbicides contaminating our food, our exposure to toxins is unprecedented.  And it is now well documented that our bodies store unknown mixtures and amounts of many of these toxins for years, of which the long term health effects are still largely unknown. Furthermore, these toxins have been linked not just to symptoms like fatigue and feeling sleepy all the time, but to other symptoms and chronic diseases as well, like thyroid problems, pre-diabetes, diabetes, and heart disease.[3-8]

Although largely ignored by the general medical community, research is now uncovering not only the amounts, types, and health risks of the various toxins to which we are exposed, but also scientifically valid ways to enhance the human body’s capacity to detoxify. For instance, researchers are becoming clearer on ways to use diet and nutrition for intervention and prevention against environmental chemical toxicity and associated diseases.[10]

Detox programs that combine short-term dietary changes and supplements to nutritionally support the liver’s detoxification enzyme systems, for instance, have now been shown in studies to significantly reduce fatigue, pain, and other symptoms.[11,12,17]

How does making short-term dietary adjustments enhance detoxification and keep you from feeling sleepy all the time?

Try a simple detox by following these dietary tips for even a week or two. You will be getting rid of toxins and learning how to optimize your detoxification system. If you are feeling sleeping all the time or dealing with fatigue that just seems out of place for the amount of rest you get, doing a short detox is an essential step for boosting energy .