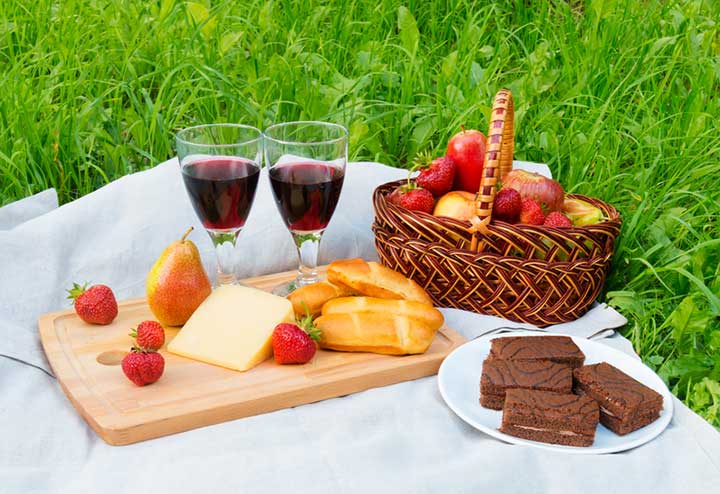 Foods such as wine, cheese, chocolate, and some fruits, contain additives and compounds that may be triggering your migraines.

Stress, bright lights, sleep pattern changes, the weather—unfortunately, there are countless migraine triggers that can take you out of commission, and some of them aren’t always under our control. What you can control, however, is what you put into your body. Oftentimes, what you eat and drink on a daily basis could be causing your migraine headaches.

Out of the 40 million Americans who suffer from migraine headaches, many of them don’t respond to treatment, so migraine headache prevention is often the first line of defense. And because the list of foods that can be migraine triggers is quite long, we’ve pared it down to six additives and ingredients found in those foods and beverages that may be causing your migraines.

You may not have heard of this amino acid before, but it could be the main source of your migraine headaches, according to experts. Tyramine naturally occurs in our bodies and helps regulate blood pressure, but it’s also naturally found in some of our favorite foods. People who have trouble breaking down tyramine or are taking certain medications, including MAOIs, may be more susceptible to the effects of high-tyramine foods and may suffer from migraines as a result.

Here are some foods that contain significant levels of tyramine and may cause migraines:

These flavonoids are what give beer, red wine, and tea their bitter flavor, but they might also be a migraine trigger, although medical experts aren’t sure exactly how. According to LiveStrong.com, it might have something to do with the fact that tannins can prevent your body from absorbing protein. If you think tannins might be your migraine trigger, try drinking a lighter-colored wine, which contains lower levels of tannin, and try not to leave your tea bag steeping for too long in your mug.

This compound is naturally found in some vegetables and fruits, but is also used as a preservative in processed meats and chocolate, and as a treatment for various heart conditions. But once the body converts nitrates into nitrites via bacteria found in the mouth, it’s known to cause severe headaches and migraines in some people.

A recent study conducted by researchers at the University of California San Diego School of Medicine found that migraine sufferers harbor more microbes in their mouths that can modify nitrates than those that don’t suffer from migraines, although it’s unclear whether the bacteria found is the cause or the result of migraines.

For more information on foods that contain nitrates, check out “Much Ado About Nitrates.”

You may have already heard that sulfites, which are often found in wine, beer, and other fermented beverages and food, can also be a migraine trigger, but according to some medical experts, that just isn’t the case. Yes, it’s true that a small number of people are allergic to sulfites, but headaches are not a common symptom of allergies. So, if drinking red wine, for example, triggers a migraine, it’s most likely the tannins or tyramine present in your beverage.

Caffeine is often an active ingredient in migraine medications, but could it be making your headaches worse? According to the American Migraine Foundation, it’s possible. While studies show that caffeine can relieve tension headaches better than a placebo, daily exposure to caffeine could cause a dependency, which could then cause withdrawal symptoms—including migraine headaches.

For more information about caffeine withdrawal symptoms, check out “Do You Have A Caffeine Addiction?”

Like tyramine, monosodium glutamate can elevate your blood pressure and pulse rate, which can make it a migraine trigger. Heavily processed foods, such as frozen meals, powdered gravy, and salty snacks, contain high amounts of MSG. Also, beware of food served in both dine-in and fast-food restaurants. Check out our article “MSG Side Effects and How to Avoid Them” for more information.

Aspartame and other sweeteners have been labeled as migraine triggers over the years for reasons that are not completely clear, but experts think it might have to do with their effect on the brain’s serotonin levels, according to NutritionFacts.org. It is believed that serotonin plays a role in pain sensitivity by narrowing blood vessels throughout the body, thus causing migraines in some people.

How to Find Your Migraine Trigger

With so many foods to watch out for, it’s difficult to determine which ones may be your migraine trigger. To get a better idea of what’s causing your migraines, your doctor may recommend starting a journal where you list the foods and beverages you consume every day for a specified amount of time and to mark the days on which you suffered a migraine headache in order to spot a trend.

It’s also beneficial to record any missed meals, since hunger and dehydration can both trigger a migraine. And you may be asked to record your physical activity, sleep patterns, what medications you took, and how long your migraine headaches lasted. For more information, check out our post “Learn What Causes Migraines by Keeping a Headache Journal.”