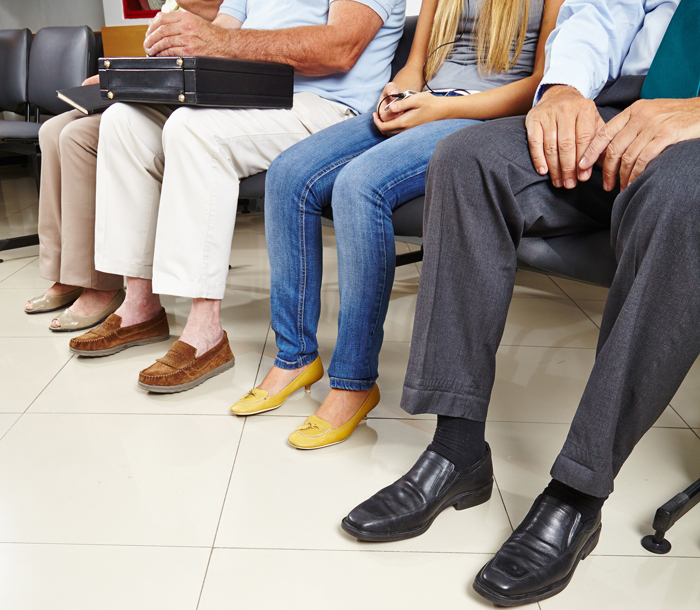 Medical personnel strive for emergency room etiquette at all times, although it can be trying.

The medical issue I’m discussing today is best introduced by a politically incorrect (if not outright unprofessional) encounter between a colleague of mine and a patient of his. It happened a number of years ago; my colleague related the story to me one evening while we were passing around old ER tales while on Naval Reserve Deployment. It’s a story that reminds us how important medical etiquette is.

On a stressful shift one evening, a colleague—we will call him Dr. X—had a woman sign in to the emergency room complaining of knee pain. On exam she was a large (obese), late-middle-age female with bilateral knee pain. She told Dr. X that her knees were getting progressively painful and stiff over the past few months. She had an obvious “valgus” deformity, which describes an inward bend to each of her knees; this condition is often seen in woman and often exacerbated by an overweight frame.

After a number of tests and X-rays, it was clear to Dr. X that his patient was in the early stages of osteoarthritis, a condition that is common with “wear and tear” of the joints, the aging process, repeated injury, and obesity. 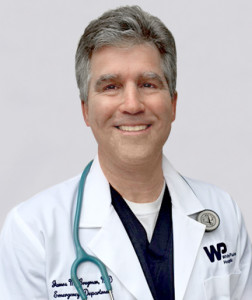 James M. Bregman MD is an Emergency Physician at White Plains Hospital in New York. He has been on staff there since 1993 after completing his residency at Montefiore Medical Center, N.Y. He’s also an adjunct professor at Pace University’s Physician Assistant Program.

He had ruled out inflammatory conditions by blood work analysis and a good physical exam and history. He took routine X-rays, which demonstrated mild degenerative changes and changes related to the thinning of cartilage and narrowing of joint spaces between the woman’s femur and tibia. These changes are typically seen in early osteoarthritis and chondromalacia (degeneration of the cartilaginous cushions of the joints).

Dr. X conveyed these findings to his patient and reassured her that her knee pain was not the result of an acute injury, and that she likely needed no extreme intervention and surgical correction. He did, however, carefully convey to her that excessive weight on her joints was a major exacerbating factor for her knee pain. He suggested that less force or weight on her knees could ease her pain.

Dr. X also referred her for orthopedic follow-up, suggested that she take ibuprofen and acetaminophen for pain as needed, and try a gentle walking program when her pain lessened. He discharged her into the night and went back to seeing patients.

How Stress Can Affect Medical Etiquette

The following evening, Dr. X was surprised to hear from the triage nurse that this very same patient was signing into the ER to be re-evaluated for the same mild knee pain. This woman returned to the treatment area and threw him a look of dissatisfaction. “Doctor” she said, “my knees still hurt so I came back.”

Dr. X, somewhat stressed and a little exasperated, quickly re-examined the patient and quickly came to the same conclusion he had the night before. 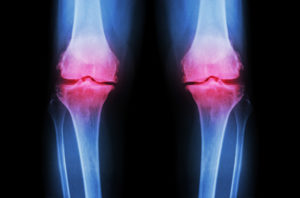 Aching knees? For the woman who became a repeat visitor to the ER, the condition was related to extra weight—but wasn’t actually an emergency situation.

The ER, in the meantime, was getting busy. The department was expecting an ambulance that had just called and was several minutes out. Dr. X explained to this patient again that excessive weight and mild, progressive arthritis were the cause of her discomfort. He explained that there was nothing more to do on a Friday night at 11 p.m., and that she had no emergent condition that warranted further treatment or testing. He again discharged her from the emergency department and proceeded to see other patients.

At this point in his story, I was somewhat bored and wondering, “What was he getting at?” I had encountered many patients like this, and it seemed like a routine and rather uninteresting medical encounter. But he had more to this story.

On the following night—his final of four consecutive 12-hour shifts—Dr. X was trying to hold his own on a busy, chaotic Saturday. He was tired and even more stressed than on the previous night, and the department was short-staffed. Three ambulances had arrived within the past hour, and things were really starting to “come apart at the seams.”

I have been there myself. Nights like these can be exhausting and emotionally draining. It’s a rough ride, and will leave you feeling like a wrung-out sponge in the morning.

To Dr. X’s surprise, he came out of a room with a seriously injured patient and was again confronted by the woman with knee pain. She had signed in again for the same ailment—chronic, mild knee pain—and approached him, saying he hadn’t helped her. At this point, Dr. X was frustrated, flabbergasted, and annoyed. His stress and emotional exhaustion was taking its toll on him.

The woman, who had walked into the ER on her own, explained that she wanted to see him again and have him look at her aching knees. Dr. X was at the end of his rope.

“Madam,” he said, “do you know how, when a whale is stranded on a beach, its little fins can’t bear the weight of it massive body? Well, those tiny little fins can’t free the whale from the beach, and may become painful and damaged. Madam… your fins hurt!”

Needless to say, she stormed out on her painful knees, and Dr. X quickly realized he had crossed the line. He told me it was a watershed moment in his career, and that he probably needed to cut back a little and re-think his approach. (He was questioning his judgment as he told me this story because, perhaps, we were lying next to each other on cots, in a desert, in a rat-infested, dusty plain 320 miles south of Bagdad (another story for another day.)

The morning after he had insulted his patient, Dr. X awoke to a message from the vice president of his hospital. The message asked him to call as soon as he got a chance—and even said, “‘Your fins hurt….’ Really?”

Dr. X had to respond to this complaint in the form of an apology letter and an explanation to the administration—and received a letter of admonishment in his file.

He was able to move past the incident with self-reflection and shame, and perhaps a slight dose of humor. It was a lesson for him and a learning experience for those of us who have heard the tale.

The situation that led to the “fins” comment describes a challenge that confronts many of us in the Emergency Department. Stress, anxiety, and frustration can come together at times like that, creating a response or reaction that may not be professional or appropriate.

In light of Dr. X’s story, the learning points, for me, are obvious—and they’re points I can pass on to my students.

Going forward, I continue to try to be patient, to avoid confrontation, and to notice when stress and exhaustion are taking their toll on me. I am sometimes successful, but I strive to get it right all the time. I try to find a balance between correct, compassionate care… and an approach that is sustainable.

Many of my colleagues get it right on a more regular basis, and some do not. We, as physicians, are individuals of different personalities and temperaments.

Beyond Medical Etiquette… The Stress of Extra Weight

Now, back to the medical issue at hand: Physics does not lie! People who are overweight place a much higher load of stress on their joints and other parts of their bodies. There is an accumulative, physical toll that occurs when daily stresses imposed by gravity are increased by obesity and poor muscle tone.

Newtonian physics dictates that forces on the cartilaginous cushions protecting bones and joints will get compressed, chaffed, and degraded over time. Not one of us can escape this physical equation. We can only mitigate or slow the process by reducing the forces on our joints and improving the health and nutrition that impact bone and cartilage regeneration.

Our family genetics also play a role as to our inherited anatomical “bank account.” That is to say, some of us will have healthier, more resilient bones and cartilage. We can enhance what we have with good diet, clean living, and healthy exercise, but all of us will increase the rate of bone and joint degeneration through poor weight control and obesity.

We in the medical community must compassionately explain that excessive weight and obesity should be addressed so that other aspects of a patient’s health will improve. We know that by addressing obesity we not only address the physical forces affecting bones and joints but improve metabolic factors such as diabetes, hypertension, and high cholesterol.

This is actually what Dr. X, despite his lapse in medical etiquette, was trying to say to his patient, and I believe in a different time and place, he would have done so in a better way. 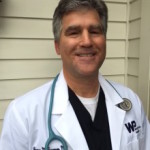