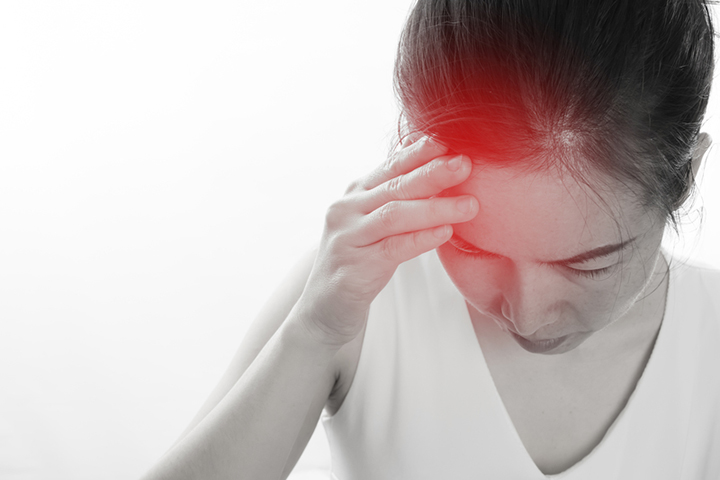 African-Americans are more likely to experience debilitating migraine headaches than whites, according to research.

Many of the 40 million Americans who suffer from migraine headaches do not respond to treatment, and scientists are searching for more effective therapies and a better understanding of the causes of migraines.

In recent years, several drug companies have been working on a promising new class of medications that block a molecule in the nervous system called calcitonin gene-related peptide, or CGRP. CGRP levels increase dramatically during migraine attacks, and drugs designed to block receptors for the molecule are in the final stages of research. One such drug, erenumab, helped up to 50 percent of study participants cut their number of migraine days in half or more, according to a paper presented in April 2017 at the American Academy of Neurology meeting in Boston.

“CGRP acts to increase activities of blood vessels associated with migraine symptoms,” says Hsinlin T. Cheng, MD, PhD, Director of MGH’s Headache and Neuropathic Pain Unit. “Preventing this vascular activity with an inhibitor appears to halt the onset of the migraine attacks. CGRP-inhibiting drugs may well be the next big thing in migraine therapies, but we need more extensive trials before we know if we have a definitive cure for migraines.”

Keep track of your migraine headaches to determine whether you should avoid any of the following causes of migraines:

“It used to be thought that dilation of blood vessels triggered migraines, but the current theory blames abnormal electrical activity in the brain’s occipital lobe that excites neurons and gradually spreads to other areas of the brain,” Dr. Cheng explains. “This activity, in turn, irritates nerves in the blood vessels of the meninges—the membrane that covers the brain—and prompts the dilation of blood vessels and migraine pain through release of CGRP, serotonin, and other molecules.”

Symptoms of migraines include severe, throbbing, and increasingly painful headaches that may be associated with light flashes, tingling in the legs or arms, extreme sensitivity to light, temporary loss of vision, and nausea or vomiting. Headache pain may last for hours to days, and is so severe that it is difficult to carry out daily activities.

“Most migraines are multifactorial, and their causes vary widely among people who experience the headaches,” Dr. Cheng says. “However, there are certain triggers (see What You Can Do) that seem to be especially strongly linked to migraines. I advise people with migraines to take note of factors that they believe may trigger their headaches, and to make an effort to avoid these factors whenever possible.”

People who experience especially severe headaches or more than four debilitating headaches a month should see a doctor, since a physical examination might identify causes of headache pain other than migraine that can be effectively treated. If migraine headaches are diagnosed, various therapies are possible, including:

Symptom-relief medications, which include over-the-counter pain-relievers, such as aspirin and acetaminophen, and combination drugs such as Excedrin Migraine. (These drugs can lead to medication-overuse headaches if taken for long periods of time.) Triptans (such as Imitreax and Relpax) may also be taken for pain and to reduce blood vessel dilation. Anti-nausea drugs (such as chlorpromazine, Compro, and Reglan) help with bouts of vomiting.

Headache-preventing medications designed for people with long-lasting or chronic migraines who fail to respond to other medications, or whose symptoms include auras or weakness. They include anti-seizure medications (such as Depakote and Topamax), beta blockers (such as Inderal LA and Betimol), tricyclic antidepressants, (particularly amitriptyline and nortriptyline), Botox injections, and certain nonsteroidal anti-inflammatory medications, especially Naprosyn.

Transcranial magnetic stimulation (TMS) is a non-invasive technique in which electrical impulses are sent via an electromagnet through the scalp and into the brain. TMS has been studied for migraine prevention, but is not yet approved by the FDA for this purpose.