Cutting back on red meat and replacing red and processed meat with healthy protein sources such as fish, chicken, beans, or nuts seems to reduce health risks.

There’s a lot of focus these days on how much protein one should eat, and while some people respond by eating more than they need, thinking that if enough is good, more is better, many others aren’t getting enough. When eating with health in mind, it’s important to aim for the recommended amount, but it’s also important to look at what else your body is getting when you eat those protein-rich foods. The source of protein you choose (such as beef, poultry, seafood, or plants—processed or unprocessed), the cut of meat you buy, and even the way you prepare your meal can all impact your health.

Animal-based protein sources contribute important nutrients such as zinc, vitamin B12, and iron to our diets, but they may also contain unwanted nutrients such as excess saturated fat and sodium. For example, while a ham steak has less saturated fat than the same serving size of a beef steak, it has 20 times more sodium. Wild salmon, on the other hand, has as much protein as the steak and as little saturated fat as the ham, and it’s naturally low in sodium. Plus, salmon is an excellent source of heart-healthy omega-3 fats. In fact, all types of seafood are healthful protein sources. The FDA recommends eating 2 to 3 servings, for a total of 8 to 12 ounces, of lower-mercury fish each week.

Plant-based sources of protein, such as nuts and legumes, contribute much-needed nutrients such as fiber, magnesium, vitamin E, and phytochemicals to your diet and are naturally very low in sodium and saturated fat. Soybeans, soy products, and quinoa are particularly good sources of healthful plant protein.

Research backs up the fact that the source of your protein can have a big impact on your health. There has been a particularly strong spotlight on the negative health effects of red and processed meats. They have been implicated in increased risk for cardiovascular disease incidence and death, type 2 diabetes, colon cancer, and even weight gain, and a growing number of studies suggest dietary patterns high in red meat may promote cognitive decline.

Other research generated from the Nurses’ Health Study and Health Professionals Follow-Up Study, cohorts that followed 120,000 men and women for more than 20 years, have reported:

In late 2015, the International Agency for Research on Cancer, an independent agency of the World Health Organization (WHO), released a report recommending that people reduce their intake of processed meats, such as bacon, sausage, hot dogs, jerky, and luncheon meats, because cutting back on them could help reduce the risk of colon cancer. This increased cancer risk may be due to the chemicals added during processing and/or changes in the meat itself due to processing. The report recommended limiting intake of unprocessed red meat, as it is linked with increased cancer risk, as well.

The good news is that cutting back on red meat and replacing red and processed meat with healthy protein sources such as fish, chicken, beans, or nuts seems to reduce health risks. Finally, research has shown that legumes are a healthy alternative to red meat. While eating red meat is associated with weight gain, research found that eating approximately one daily serving of beans, chickpeas, lentils, or peas can help you feel satisfied, which may lead to better weight management.

A Word About Eggs and Dairy

Eggs and dairy products are excellent protein sources. Eggs were off the menu for many years for people with elevated cholesterol levels because of their high cholesterol content. However, the latest research determined that dietary cholesterol (cholesterol from food) doesn’t raise blood cholesterol levels for most people, although the saturated fat found in most high-cholesterol foods might. Other research has shown that egg consumption is not significantly associated with a higher risk of coronary artery disease or type 2 diabetes.

Eggs (and shellfish, such as shrimp) are in the minority of foods high in cholesterol but relatively low in saturated fat, so they are now back on the menu in limited amounts. Most people can safely eat up to five to seven eggs per week as part of an overall healthy diet.

Dairy foods provide protein, and they contain other key nutrients that may protect against disease risk. A cup of milk provides eight grams of protein. Greek yogurt has about twice the protein of regular yogurt (around 16 grams per single-serving container). Fermented dairy products, such as yogurt and kefir, a yogurt drink fermented with yeast in addition to beneficial bacteria, are probiotics that offer many health benefits, not the least of which include supporting gut and immune health. Probiotics are live microorganisms that, when administered in adequate amounts, confer a health benefit on the host.

The 2015–2020 Dietary Guidelines for Americans recommend fat-free or low-fat (1 percent) milk, which is lower in calories and saturated fat, as well as plain, low-fat yogurt to avoid refined sugars. The Dietary Guidelines also state that, although it’s okay to eat cheese in moderation, cheese contains more sodium and saturated fat and less potassium, vitamin A, and vitamin D, than milk or yogurt. More than 80 percent of people in the United States fall short of their daily dairy recommendation, which is 3 cups for adults.

With about 300 milligrams of calcium per 8 ounces of milk or plain, low-fat yogurt, meeting your daily dairy quota goes a long way toward fulfilling your daily calcium goal. It is recommended that women ages 51 and older consume 1,200 milligrams (mg) of calcium per day, men ages 51 to 70 get 1,000 mg per day, and men ages 71 and older get 1,200 mg per day. Growing evidence suggests it may be best to get most of your calcium from foods, rather than supplements, to help guard against excessive intake of calcium and imbalances in bone nutrients.

To get more dairy in your diet, try using milk in food preparation (to cook oatmeal or to make broth-based soups creamier, for example). If digesting milk is a problem, look for lactose-free options. If a milk substitute is more appealing, make sure it is fortified with calcium and vitamin D, and watch out for added sugars. Also, be aware that, except for soy milk, plant-based “milks” contain little or no protein.

For more information about protein, purchase Change Your Diet; Change Your Life at www.UniversityHealthNews.com. 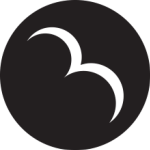 View all posts by UHN