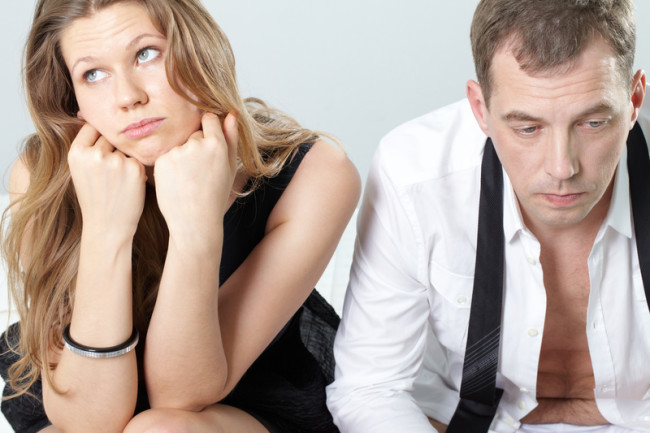 A number of health or psychological issues can result in erectile dysfunction. Don't give up hope: Altering risk factors and/or pursuing an effective treatment can give patients a chance to get back to normal.

What is erectile dysfunction? The answer is simple: An inability to consistently attain and maintain an erection satisfactory for sexual intercourse. It’s also called impotence, as the condition was known until the term erectile dysfunction, or ED, was coined in 1992.

But the answer to erectile dysfunction isn’t the same for everyone. Some men have only minor problems with sexual function and are troubled by them very little. For others, ED is a source of significant bother, affecting their relationships and their psyche.

Regardless, erectile dysfunction can be a warning sign of potential problems elsewhere in the body, so men who experience the condition should consider it as a call to improve their overall health. If lifestyle changes aren’t enough to prevent or reverse ED, an array of treatments may help.

So, What Is Erectile Dysfunction, Really?

Erections occur when a stimulus triggers endothelial cells in the penis to release nitric oxide, which activates an enzyme known as cyclic guanosine monophosphate (cyclic GMP). Cyclic GMP then causes the smooth muscle of the penis to relax, allowing blood to fill the two erectile chambers and produce an erection.

This entire process requires a coordinated effort on the part of the brain, the nervous system, blood vessels, and hormones. A problem with one or more of these components can result in ED. Research suggests that about 40 percent of 40-year-olds experience some degree of ED, and the prevalence rises by about 10 percent per decade until age 70.

In the majority of men with ED, the cause is physical, often a neurovascular condition, according to Thomas Jaffe, MD, Director of Male Reproductive Medicine and Surgery at the University of Pittsburgh Medical Center’s Department of Urology.

So, medical problems that cause dysfunction of the nerves and blood vessels of the penis can lead to ED. Among these conditions are cardiovascular disease and its risk factors—including diabetes, hyperlipidemia (cholesterol abnormalities), hypertension, obesity, and smoking—as well as other conditions, such as sleep disorders, Parkinson’s disease, and multiple sclerosis.

Alcohol or substance abuse, a long list of medications, treatments for benign and cancerous prostate diseases, and certain pelvic and spinal surgeries may cause ED, as well.

ED: IN SOME CASES, IT MAY BE LINKED TO HEART HEALTH

Erectile dysfunction is more than a blow to a man’s ego. It’s also been labeled as a portal into men’s cardiovascular health. Since ED has a strong vascular component, it’s no surprise that it may be a harbinger of heart disease. In fact, experts estimate that ED may precede heart disease by up to four years because the smaller arteries of the penis are affected before the larger coronary arteries.

So, if you have ED and haven’t undergone a cardiac risk assessment, talk to your doctor about your cardiovascular health. Work with your healthcare team to optimize your blood pressure, cholesterol, blood sugar, weight, and other risk factors that contribute to both ED and cardiovascular disease. And, if you smoke, ask your doctor about nicotine replacement products, medications, counseling, and other cessation strategies.

ED on Your Mind

Just as physical problems contribute to ED, so too do emotional and psychological ones. In fact, you may be physiologically normal, but mental health conditions such as depression, anxiety, and emotional stress can interfere with your ability to produce an erection and function sexually. Relationship disturbances also may contribute to ED.

Additionally, if you’ve been bothered by ED, you may develop anxiety about being unable to achieve an erection, and this performance anxiety can perpetuate your ED.

“There is a significant psychological component to normal erectile function,” Dr. Jaffe says. “If all your physiology is normal but psychologically you convince yourself you cannot have an erection, you will not.”

What Is Erectile Dysfuntion? Treatments Can Help

Since the “little blue pill” we know as sildenafil (brand name Viagra) gained regulatory approval in 1998, medications, along with lifestyle changes, have been a mainstay of ED management. Since then, other medications have joined sildenafil in the class of drugs known as phosphodiesterase-5 (PDE-5) inhibitors: vardenafil (Levitra) and tadalafil (Cialis), both approved in 2003; and avanafil (Stendra), approved in 2012. These drugs block the action of an enzyme, (PDE-5) that ends erections.

Although effective, the medications don’t work in all men with ED, Dr. Jaffe notes: “PDE-5s require the release of nitric oxide from nerves in the penis as a result of stimulation. Basically, if you are reasonably healthy—meaning you have good blood vessels that keep the nerves that release nitric oxide healthy—a PDE-5 will work. But in patients with bad vascular disease or diabetes… there is a low probability of success.”

If you don’t benefit from PDE-5s, consider these additions or alternatives to the medications:

Q: What are the general norms for sexual activity and frequency as a man ages?

A: What constitutes normal sexual function varies significantly from person to person and depends on a number of factors. Your overall health is one of them. Medical problems like erectile dysfunction, heart disease, diabetes, respiratory disease, back problems, or arthritis may limit how often you have sex.

Additionally, your attitude toward sex, the value you place on sexual activity, and whether you have a regular sexual partner play a role in determining how sexually active you are.

The AARP has conducted several surveys examining the sexual habits of Americans. The latest, completed in 2010, included more than 1,000 men and women, age 45 and older, who were asked about their sexual habits in the previous six months. Here are some results from the survey:

✓ Men ages 45 to 49: 50 percent reported having sexual intercourse at least once a week, 9 percent once or twice a month, 10 percent less than once a month, and 31 percent not at all.

✓ Men ages 50 to 59: 41 percent reported having sexual intercourse at least once a week, 22 percent once or twice a month, 9 percent less than once a month, and 28 percent not at all.

✓ Men ages 60 to 69: 24 percent reported having sexual intercourse at least once a week, 18 percent once or twice a month, 18 percent less than once a month, and 40 percent not at all.

✓ Men ages 70 and older: 15 percent reported having sexual intercourse at least once a week, 7 percent once or twice a month, 18 percent less than once a month, and 60 percent not at all.

The male survey respondents reported taking part in other sexual activities at least once a week, such as hugging and kissing (67 percent), sexual touching/caressing (54 percent) and self-stimulation (34 percent).

Although the frequency of sex may decrease as men age, the survey suggests that the majority of men continue to engage in some form of sexual activity at least once a week as they age. However, if you have a medical condition that affects your sexual function, talk to your physician about how often you should have sex and which activities you should avoid.