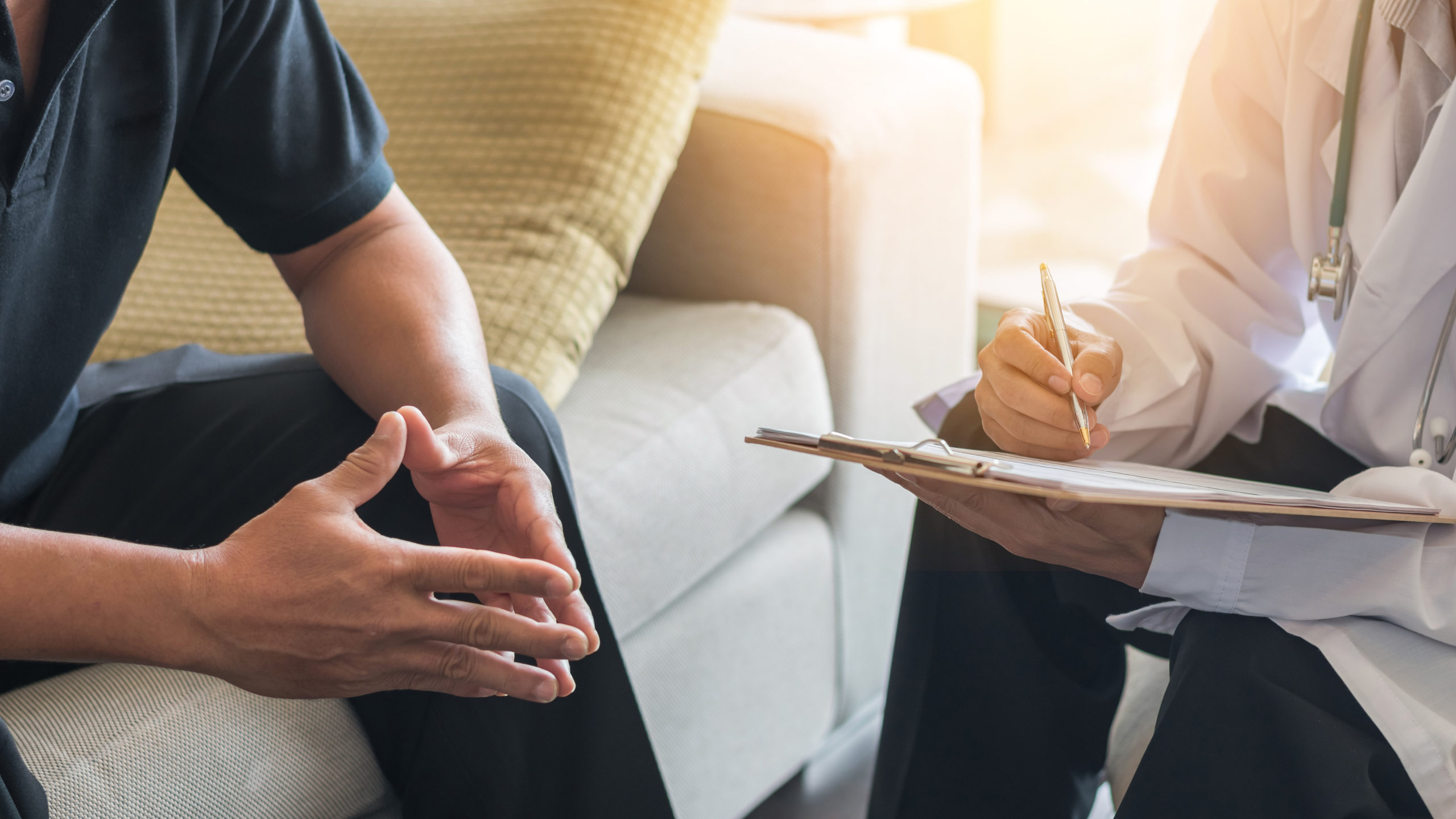 Although prostate cancer seems random in some men, there are still known risk factors.

The cause of prostate cancer is complex and not fully understood. We do know that the glandular tissue of the prostate is prone to genetic mutations that may be triggered by a variety of factors. In many men, the disease seems to be random, and the cause remains unknown.

The term “risk factors” refers to attributes or exposures in an individual that increase the odds of getting the disease. For prostate cancer, there are many risk factors. Let’s consider the common ones.

Age. The most significant risk factor for developing prostate cancer is one that can’t be helped: aging. Sixty percent of all prostate cancers are diagnosed in men over age 65.

Genetic Factors. Genetics are at play in the 5 to 10 percent of prostate cancer patients who have a strong family history. A man with a first-degree relative (brother or father) with prostate cancer has double the risk of developing the disease and presents six to seven years earlier than other men.

The National Cancer Institute explains that the following factors are suggestive of genetic risk:

Notable culprits are the BRCA1 and BRCA2 mutations, also linked to breast cancer risk in women. Normally, these genes produce proteins that help to suppress cancer. Research suggests that men with BRCA2 mutations who develop prostate cancer are more likely to develop aggressive disease, with advanced staging at diagnosis, higher rates of metastasis, and poorer survival rates. A recent study found that African-­American men with prostate cancer are more likely to have the BRCA1 and BRCA2 genes, a possible explanation for why this group has poorer outcomes.

Herein lies a common dilemma in medicine: What do we do when someone is identified with a genetic risk? There is a danger that this knowledge may cause unnecessary panic and needless tests and treatments. While prostate cancer is very common, most patients do not die from it. But genetic testing—when used prudently—can help identify men with aggressive cancers earlier and potentially save lives. Genetic testing is also increasingly used for targeting treatment.

Epigenetics. Fortunately, men with prostate cancer risk genes are not destined to develop cancer. The field of epigenetics is showing that lifestyle and environmental factors can alter the inheritance and expression of genes. This suggests that improving lifestyles and environment may reduce the risk of prostate cancer, along with the risk of many other chronic illnesses.

Racial Factors. Data from the Centers for Disease Control and Prevention and the National Cancer Institute show that there are racial differences in the incidence of prostate cancer. In one study, African-American men were found to have the highest rates of prostate cancer, followed by white, Hispanic, American Indian/Alaska Native (AI/AN), and Asian/Pacific Islander (A/PI) men.

Research suggests that African-American men may be at greater risk, in part, because of genetic factors and hormonal differences. However, diet, income, education, and health-care access may also play a role. African-American men also tend to get prostate cancer earlier and in a more aggressive form than other races, with death rates being significantly higher.

On the plus side, recent research suggests that when African-American men diagnosed with early stage prostate cancer receive equal access to health-care and the most effective treatments, their risk of death is the same as that of Caucasian men.

Lifestyle Factors. One of the likely causes of prostate cancer is inflammation, and there is an established link to lifestyle. The typical Western lifestyle, characterized by sedentary habits and poor diet, is a major cause of inflammation in the body and a significant risk factor for many chronic diseases, including cancer, heart disease, and diabetes.

The human body is a highly complex, interconnected system. No organ exists in isolation, so what is good for health in general is likely good for the prostate. The body has a remarkable ability to heal itself and maintain a healthy equilibrium, but sometimes our actions push it to the limit, and disease is the result.

There is substantial research linking lifestyle to prostate cancer risk. But due to the complex nature of disease and of lifestyle, it can be difficult to prove that one particular factor causes or prevents a specific disease. For example, men who are obese have an increased risk of prostate cancer, but is this because of the excess body weight itself or because they have a poorer diet and are less likely to exercise? Likewise, men who are strict vegans have a lower risk of prostate cancer, but is this because they eat no animal products or because they are more likely to be non-smokers and lead active lifestyles?

Diet and Nutrition. The links between diet, general health, disease prevention, and longevity are increasingly compelling. Large longitudinal studies—where subjects are followed for years (such as the Framingham Heart Study and the Nurses’ Health Study)—provide strong evidence.

One example of a healthy diet is the Mediterranean diet, which is high in fruits and vegetables, nuts, grains, olive oil, and lean sources of protein and low in factory-produced, processed foods. A comprehensive review of research, published in the journal Nutrients, showed that strict adherence to the Mediterranean diet only slightly lowered the risk of death from prostate cancer, but had a significant effect on the risk of some other cancers (like gastric, liver, pancreatic, and lung cancer).

Diet is also important to health and well being after cancer diagnosis. A study in Cancer Prevention Research compared two basic eating patterns in men who had been diagnosed with non-metastatic prostate cancer. One was a typical Western diet, relatively high in processed and red meats, high-fat dairy, and refined grains. The other was a “prudent” pattern relatively high in fruits, vegetables, fish, legumes, and whole grains. The study found that men with a Western dietary pattern were at greater risk of death from prostate cancer or any cause, compared with those who ate the prudent diet.

Metabolic syndrome is a group of risk factors including obesity, high blood pressure, cholesterol abnormalities, high triglycerides, and insulin resistance. It is thought to be a precursor for cardiovascular disease and type 2 diabetes. Research published in 2017 in the International Journal of Cancer suggests that metabolic syndrome is associated with increased risk of fatal prostate cancer.

For more information about conditions that affect to prostate, purchase Managing Diseases of the Prostate at UniversityHealthNews.com.