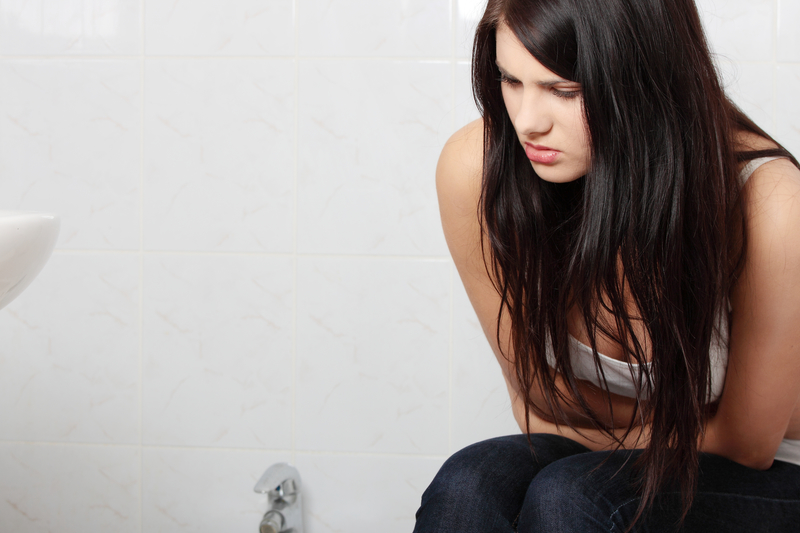 What is PCOS? Polycystic ovary syndrome, which can produce such symptoms as irregular or missing menstrual periods, abnormal hair growth, obesity, and Infertility.

It’s an obvious question to women who may be experiencing symptoms: “What is PCOS?” The short answer: polycystic ovary syndrome, a complex hormonal disorder. Because PCOS symptoms can overlap with other diseases, a woman who’s experiencing them should seek medical advice from a gynecologist.

What Is PCOS? Signs and Symptoms

The most common symptoms of polycystic ovary syndrome are:

“One of the difficulties with polycystic ovary syndrome is that the outward symptoms are common and may be associated with other problems,” says Samuel S. Badalian, M.D., Ph.D., D.Med.Sc., director of the Gynecology-Urogynecology Center in Syracuse, N.Y. “In reality, a small percentage of women actually have PCOS.”

The Centers for Disease Control estimates that 6 to 10 percent of women have the syndrome.

PCOS symptoms vary, depending on age, genes (it may be hereditary), diet, and exercise. Some are more common; the American College of Obstetricians and Gynecologists (ACOG), for example, says hirsutism is seen in 70 percent of women with PCOS and that 80 percent of those diagnosed with the condition are obese. (See also our post “12 PCOS Symptoms: This Complex Disease Involves More Than Ovarian Cysts.”) 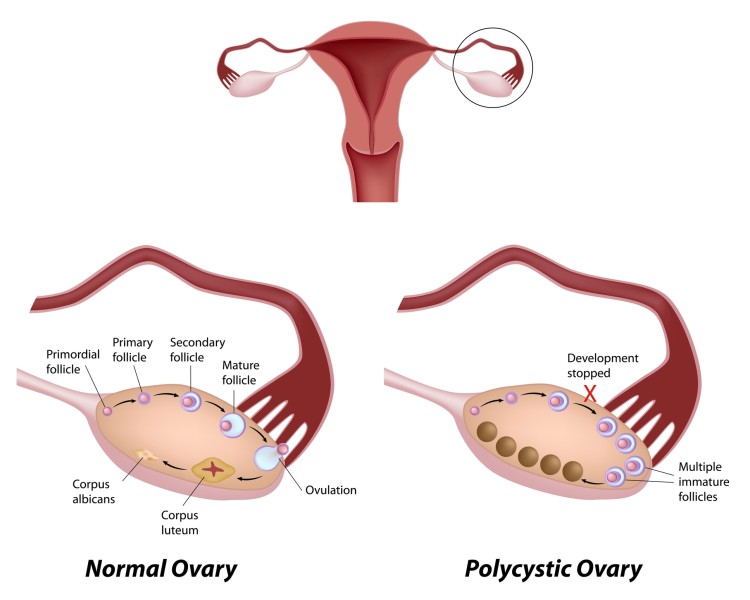 In diagnosing polycystic ovary syndrome, your doctor will consider your family history of infertility and PCOS. He or she will likely conduct a pelvic exam and a transvaginal sonogram to look at the ovaries. Polycystic ovaries have clusters of small cysts on them that are actually immature eggs.

“Diagnosis will usually be made by sonogram and the ratio of the FSH to LH,” Dr. Badalian explains. “In patients with PCOS, the FSH-LH is reversed. In a normal patient FSH is higher, but with PCOS, we see LH higher than the FSH.”

According to the Contemporary OBGyn news report “Hormone Levels and PCOS Polycystic Ovary Syndrome (PCOS)” by E. Sterling (Nov. 7, 2015), “If you have a Testosterone level of >40 nanograms per milliliter (ng/ml), DHEAS level of >200 micrograms per deciliter (ug/dl) or a LH level that is two or three times that of your FSH level (LH and FSH levels should be roughly equal), seek the advice of a specialist since there is still a good possibility you might have PCOS.”

What Is PCOS? Treatment Options

Weight control is a big factor in PCOS. Diabetes can be a serious complication, and elevated insulin production suppresses ovulation. “The anovulation can be caused by consuming too many carbs and sugars,” Dr. Badalian says. “Treatment for PCOS may include metformin, a drug commonly used for diabetes.”

Besides cutting back on carbs and sugars, even a small amount of weight loss can help regulate periods and improve cholesterol and insulin levels. ACOG recommends at least 30 minutes daily exercise to help relieve the syndrome.

For patients who do not want to become pregnant, your doctor may suggest birth-control pills containing estrogen and progestin. Birth-control pills have the added benefits of reducing hirsutism, acne, and the risk of endometrial cancer.

PCOS often goes untreated, which is unfortunate. It is usually responsive to treatment, with bothersome PCOS symptoms relieved. However, because of the many serious diseases related to PCOS, long-term health care is an important aspect of its control.

Q: One of my younger friends has a condition called PCOS—polycystic ovary syndrome. What is this, and is it dangerous?

A: About one in five women of reproductive age suffers from polycystic ovary syndrome (PCOS), a hormone imbalance that can lead to infertility, diabetes, depression, and increased risk for heart problems, so in this sense, it can be a dangerous condition. PCOS is named after the cyst-like follicles that often form on the ovaries of women with this condition. But these are symptoms of the condition, not the cause.

One characteristic of the disorder is a decrease in the body’s ability to use insulin efficiently to move glucose out of the bloodstream. This “insulin resistance” could eventually lead to diabetes. Many women with PCOS are insulin resistant, and thus will experience weight gain in the abdominal area, difficulty losing weight, and intense cravings for carbohydrates. Women with this condition often have trouble becoming pregnant, and also may have such symptoms as irregular, heavy or no periods; acne, increased growth of hair on the face and arms, and loss of hair on the head.

The causes of PCOS vary. Some experts cite hormone imbalance, which may cause chronic low-grade inflammation, which in turn stimulates the ovaries to produce more unwanted hormones, creating worsening symptoms. Birth control pills can help with hormone regulation, but there is currently no medical therapy that fully reverses the underlying problem or helps all the symptoms of PCOS. The primary treatment for PCOS is diet and lifestyle changes: exercise, good sleep, stress management, and eating well. Losing even five percent of total body weight can improve PCOS symptoms. Women with PCOS who have high levels of insulin can improve levels and lose weight by following a low-glycemic index diet and incorporating anti-inflammatory foods in the diet.

Originally published in January 2017 and updated.