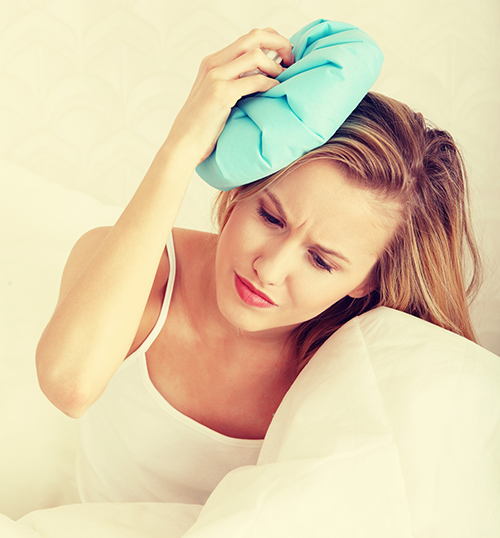 Migraine headaches can be unrelenting; symptoms can include nausea, vomiting, sensitivity to light, and blurred vision. Medications, thankfully, can offer more relief than old standbys like compresses.

If you suffer from severe migraine symptoms several times a month, and your migraines last for 12 hours or more, your doctor may prescribe a daily medication to help to reduce the frequency of your headaches.

If your migraine symptoms are mild, they may respond to over-the-counter (OTC) analgesics like acetaminophen (Tylenol), or nonsteroidal anti-inflammatory drugs (NSAIDs), which include aspirin, ibuprofen (Advil, Motrin), and naproxen (Aleve, Naprosyn).

Some OTC migraine medication (such as Excedrin) combine aspirin and acetaminophen with caffeine, which reduces inflammation and helps pain-relieving ingredients work faster. You also may be given anti-nausea medications.

You also may be given anti-nausea drugs, and corticosteroids such as prednisone (Deltasone)—the latter isn’t used often, but can improve the effectiveness of other migraine medication if taken in conjunction with them.

Drugs that may help prevent migraines include beta-blockers like metoprolol (Lopressor) and propranolol (Inderal); calcium channel blockers like verapamil (Covera), nimodipine (Nimotop), and diltiazem (Cardizem), tricyclic antidepressants, which include amitriptyline (Elavil) and nortriptyline (Pamelor), and anti-convulsants such as topiramate (Topamax).