Home » Daily » Nutrition » Top 5 Food Cravings: What Are They and What Do They Mean? 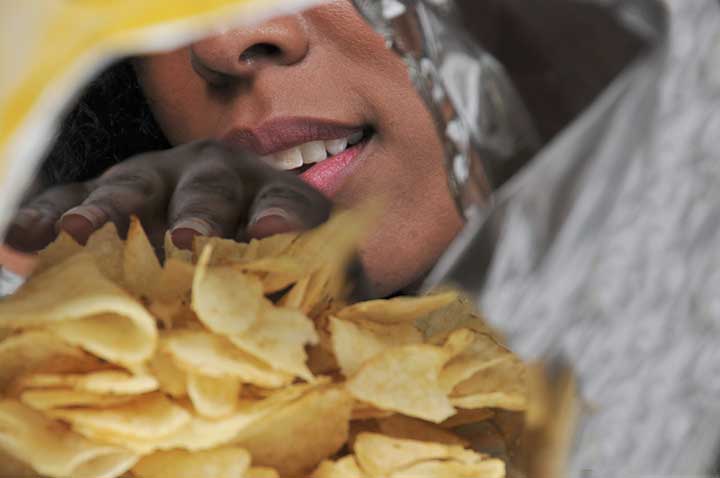 Are you craving chips? Crunching on something helps relieve stress while you chew. You could also be anemic, which explains your quest for extra salt.

Sometimes we find ourselves stressed, tired, anxious, or a little blue, and self-soothe with not the healthiest foods – like potato chips. Food cravings are common, and they start at an early age.

Studies have found that food cravings affect women more than men, as only 20% of women find it easy to “resist” their cravings compared to 50% of men. 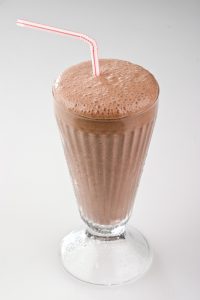 What does it mean when your food cravings frequently focus on milkshakes? We’ve got the answer below. (Photo: © Carlos Restrepo | Dreamstime.com)

Food cravings are intense longings for a certain food. These desires activate three areas of your brain: the hippocampus, insula, and caudate, which are responsible for emotion, memory, and reward. These are also the three areas involved in drug cravings. No wonder it’s so hard to say no to those chips.

Food cravings come in two forms: physical and emotional. The physical type of food craving occurs when you haven’t eaten for a few hours. Your stomach starts to rumble, your head might hurt, and you may start to feel weak. Your craving was born from hunger, so you’re likely to focus on multiple foods instead of just one.

An emotional food craving, on the other hand, is more often related to mood. Whether you’re feeling stressed, bored, angry, sad, or anxious, food may be your go-to solution for feeling better. Problem is, the foods people crave when they’re emotional are often high in calories, sugar, and fat. Eating them frequently may contribute to a bevy of health problems, including obesity, diabetes, and heart disease.

Common Food Cravings and What They Mean

We all may be different, but we tend to reach for the same types of “comfort foods” when under emotional duress. The following five foods, which top the list of food cravings, may have something important to tell you about your health, so listen up.

Food Cravings Before Your Period

IF YOU CRAVE THESE, SEE A DOCTOR

Sometimes, what you crave can indicate a serious problem with your health, says the National Eating Disorders Association.

Pica is a condition in which people yearn for non-food items such as clay, chalk, hair, ice, paint chips, or dirt. This condition often precludes a severe problem such as a nutrient deficiency (e.g., iron) or a mental illness (e.g., schizophrenia). See your doctor if you’re experiencing any unusual non-food cravings.

“Cravings in women have been shown to increase in frequency and intensity at two distinct times: during the perimenstrum (i.e., a period of about eight days around the onset of menstruation) and in pregnancy,” say researchers of a study published in Frontiers of Psychology. About half of American women crave chocolate during this premenstrual phase, which researchers of a study in the journal Appetite originally chalked up to the work of hormones.

In surveying both pre -and post-menopausal women, however, they found only a small (13.4 percent) drop in chocolate cravings after a woman reached menopause. That wasn’t high enough to blame on hormones, so the reasons for pre-menstrual cravings are still up for debate.

Research has shown that pregnancy hormones alter a woman’s sense of smell and taste, possibly to create aversions to foods that would harm a fetus. A 2014 article in Frontiers of Psychology, however, claims that there isn’t enough evidence to prove a link between hormones and food cravings.

The same study debunks the idea that pregnancy cravings are linked to a nutritional deficiency. As the researchers explain, while chocolate contains magnesium, and ice cream contains calcium, neither boast enough to make even a small dent in a woman’s deficiency of either nutrient. Plus, many women are turned off meat during their pregnancy, which is full of protein, a nutrient that is essential for a baby’s health.