Home » Daily » Energy and Fatigue » Chronic Fatigue Treatment: How to Get Your Energy Level Back on Track 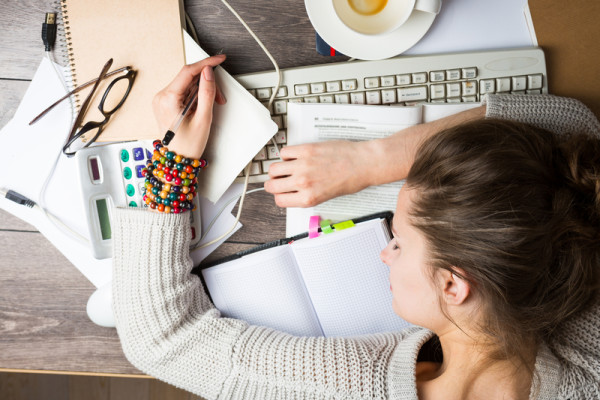 Do you feel like this too often? If it's chronic fatigue, treatment is in order..

If you’re suffering from the syndrome known as chronic fatigue, treatment can vary—no surprise, considering that the condition itself is so mysterious. Before we get into the best ways to manage and treat chronic fatigue syndrome, consider the genesis of how we define it.

The Centers for Disease Control and Prevention (CDC) bases its description of chronic fatigue syndrome (CFS) on a 1994 case definition—one that provides a consensus viewpoint from leading researchers and clinicians and that followed different studies of CFS in adults.

Researchers have proposed various other CFS case definitions subsequent to the 1994 study. While they share features with the earlier definition, they also differ in the emphasis given to symptoms and severity. So while further research is conducted, the CDC continues to cite the 1994 case definition:

“Chronic fatigue syndrome is a debilitating and complex disorder characterized by intense fatigue that is not improved by bed rest and that may be worsened by physical activity or mental exertion. People with CFS often function at a substantially lower level of activity than they were capable of before they became ill.”

The CDC case definition goes on discuss the challenge of finding a chronic fatigue syndrome cause:

“The cause or causes of CFS have not been identified, and no specific diagnostic tests are available. Therefore, a CFS diagnosis requires three criteria:

“These symptoms should have persisted or recurred during six or more consecutive months of illness and they cannot have first appeared before the fatigue.”

There’s currently no cure for chronic fatigue syndrome, nor have prescription drugs been developed to relieve the condition. Healthcare providers instead talk about managing CFS—a challenge because it affects each patient in a different way. Plus, symptoms can vary over time, further complicating matters.

The most effective treatment of CFS, experts say, involves a team approach: doctors who specialize in different areas working with the patient himself. By working together, they have a better chance of creating a customized treatment program.

Doctors typically set out to relieve the most disruptive symptoms in a chronic fatigue syndrome patient. For example, some patients may experience a serious sleep disorder as one of their symptoms, whether it’s insomnia, restless leg syndrome, or nocturnal myoclonus (night-time muscular spasm). A sleep specialist’s treatment might involve the establishment of a hard-and-fast bedtime routine, the elimination of napping during the day, regular exercise, and the avoidance of caffeine after lunch and of alcohol and tobacco altogether.

If those steps don’t resolve sleep issues—if the patient is still experiencing “unrefreshing” sleep—doctors may test for sleep apnea or narcolepsy and/or prescribe medication.

When Your CFS Symptom Is Pain…

If a patient’s most serious CFS symptom is pain in his muscles and joints, his doctor may pursue pain management via such tactics as medication (like aspirin, ibuprofen, or acetaminophen), massage, water therapy, relaxation techniques, and/or a stretching and exercise program.

The first step, though, is to meet with your healthcare provider to review your symptoms. From there, you and your healthcare team can pursue the most appropriate chronic fatigue treatment.

Meanwhile, it’s important to find out everything you can about chronic fatigue syndrome. Besides useful summaries at the U.S. National Library of Medicine and at the CDC, you can access these free University Health News posts: