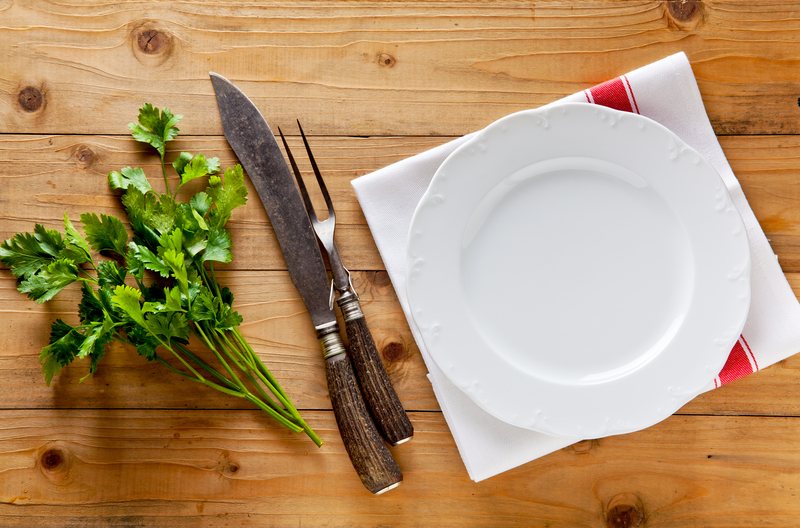 If you practice intuitive eating, there may be times when you simply won't want to eat dinner at the "normal" times.

Dieting is the worst. Have you ever met someone who raved, “I’m on a diet; it’s totally awesome. I just love it!” Neither have we. What if we told you that you could lose weight, improve your nutrition, and increase your energy level—all without dieting? Meet “intuitive eating.” This non-diet philosophy of eating centers on a belief that we all are born with the ability to know when we’re hungry and when we’re full. Here’s how it works.

As described by Laura Hartung, MA, RD, LDN, CPT, intuitive eating “is an attunement of mind, body and food. [It’s] an approach that teaches you how to create a healthy relationship with your food—where you ultimately become the expert of your own body.”

What Does “Intuitive Eating” Mean?

According to a study published in the Journal of Counseling Psychology, there are three main characteristics to intuitive eating:

INTUITIVE EATING: HARDER THAN IT USED TO BE?

It’s too easy to choose bad foods these days, which makes intuitive eating more challenging. “Intuitive eating relies on the innate wisdom of the body to make appropriate food choices,” says Rochelle Sirota, a certified dietitian-nutritionist in New York. “However, given the multitude of processed, denatured, and convenience foods that populate grocery store shelves, the practice of intuitive eating might be more challenging than in the past.”

2. Relying on internal hunger and satiety cues to guide eating habits. When you recognize the feelings of hunger and fullness, you’ll be less likely to overindulge. As explained by the researchers, those who aren’t able to trust or follow their bodies’ cues “lose their innate ability to regulate their food intake and are more likely to experience dietary restraint, weight gain, and emotional eating.”

3. Giving yourself unconditional permission to eat. No foods are forbidden when you practice intuitive eating. Instead, you can eat what you want whenever you feel hungry. The result, believe it or not, may be a healthier diet and lower calorie intake. “People who allow themselves to eat unconditionally are less likely to overindulge in food, engage in binge eating, and experience guilt when eating,” according to the researchers.

Another important facet of intuitive eating, they say, is the art of practicing “gentle nutrition”—in other words, the ability to make food choices that promote better health while also tasting good. For example, people may choose foods to help promote energy, fight off inflammation, increase stamina, and improve cognitive function.

“Individuals who practice gentle nutrition may ask themselves, ‘How does this food make my body feel? Do I like this feeling?’ and ’Does this food give me lasting energy? How do I feel after I eat it?’—and may use this information to guide their future food choices, but not in a rigid way,” the researchers explained.

How to Practice Intuitive Eating

In order to become more attuned to our body’s hunger cues, we need to distinguish the difference between being physically and emotionally hungry, says Laura Hartung, MA, RD, LDN, CPT. Biological hunger cues are easy to recognize. They include symptoms like hunger pangs, stomach growling, and irritability.

Emotional hunger, on the other hand, includes less obvious signs such as boredom, anxiety, anger and sadness. Some people may become “hangry”—a term used to describe being irritable or bad-tempered because of hunger. (To learn more about being hangry, read our post Hangry? It’s a Real Thing, So Steer Clear of the Hungry-Angry Among Us.)

According to Rochelle Sirota, a New York-based certified dietitian-nutritionist, intuitive eating uses a hunger satiety scale that measures from 1 to 10. Number 1 is associated with extreme hunger while 10 represents a feeling of extreme and uncomfortable fullness. “Trying to stay closer to the middle numbers of the hunger scale is usually recommended by those who are proponents of the Intuitive Eating approach,” she says.

According to Sirota, the healthiest way to shed pounds and keep them off is by practicing intuitive eating. The reason: Intuitive eating doesn’t cause as much anxiety as calorie restriction.

Instead of focusing on cutting calories and reducing portion sizes, you’re forced to reevaluate the way you eat and improve your relationship with food, Sirota says. Hartung has the same philosophy: “[Intuitive eating is] healthier because, as we know, diets are temporary and don’t work in the long term. Diets are a temporary fix, not a long-term solution. Intuitive eating is helping to create a healthy relationship with food.”

Is Intuitive Eating Good for Your Health?

The short answer to this question is yes, says Sirota. In addition to helping you maintain a healthy weight and choose healthier foods, intuitive eating also helps you to avoid the uncomfortable feelings associated with being hungry or stuffed. “Tuning in to one’s levels of hunger and satiety can hopefully become a skill that helps in avoidance of states of extreme hunger as well as avoiding overeating to the point of discomfort,” Sirota says.

Plus, you give yourself unconditional permission to eat anything you choose. There’s no guilt about having a donut or slice of pizza. You become one with your decisions and accept them.

Intuitive eating also helps you to achieve what Hartung describes as “body-food-choice congruence.” In other words, you learn to choose foods that make you feel good and energetic when you eat them.

“We learn to opt for the meal with the most positive associated feelings, using these sensations as information to help us make energy-giving decisions,” Hartung explains. Yes, the donut tastes good, but if it makes you feel bloated every time you indulge, you’ll stop craving it.”

THE DIFFERENCE BETWEEN MINDFUL EATING AND INTUITIVE EATING

According to an article published in the Journal of the American Dietetic Association, mindful eating also involves the following: