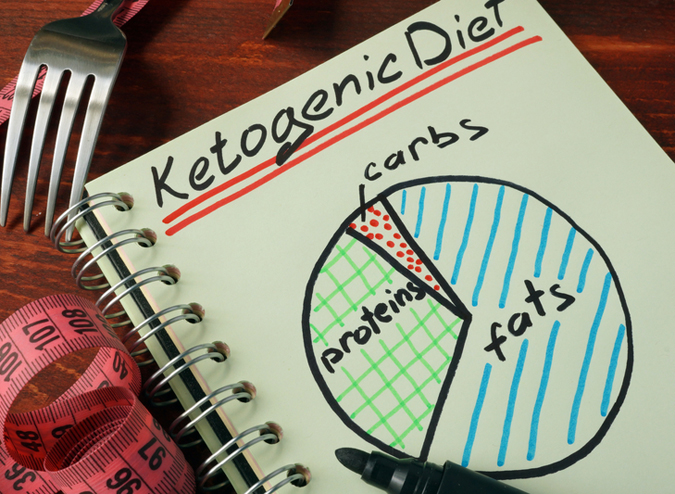 The keto diet goes heavy on fats and proteins, light on carbs.

Originally developed in 1924 to treat epilepsy, the ketogenic diet has most recently rose in popularity as the latest and greatest miracle weight-loss plan. Additionally, proponents of the ketogenic diet—or keto diet, as it’s commonly known—advertise health benefits ranging from glucose control to treatment of Alzheimer’s. But, what does the research really show?

The ketogenic diet is a high-fat, very-low-carb diet plan. The goal of the diet is to reach a “ketosis” state. The more restrictive you are on your carbohydrates (less than 15g per day), the faster you will enter ketosis. Once in this state, rapid weight loss begins. Research does indicate that the ketogenic diet is most effective in weight loss by reducing visceral (body) fat. 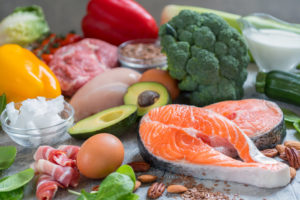 Your keto diet plan will include lots of high-protein meats, vegetables, avocados, nuts and seeds, and dairy—but very little in the way of carbs. [Photo: © Azurita | Dreamstime]

The nutrient intake during a keto diet should be around 70 percent fats, 25 percent protein, and 5 percent carbohydrates. Recommended foods to eat on this meal plan include:

How Does the Keto Diet Work?

Within the mitochondria of every cell, either glucose (carbohydrates) or fatty acids are metabolized to form the energy molecules, ATP (Adenosine Triphosphate). The object of a ketogenic diet is to force the body into a glycogen-deprived state, referred to as ketosis.

Since the body does not have enough glucose needed for energy, the metabolic process of ketosis ensues: The body begins to mimic a “starvation” state, where it burns stored fats for energy. This leads to the build-up of ketones within the body.

The results? Ketones are able to generate greater amounts of energy per molecule than glucose. Therefore, the ketones create a much more sustainable energy source for the body and do not cause the blood sugar spikes that glucose causes.

Aside from the weight-loss potential, the keto diet, according to research, offers the following health benefits.

Is the Ketogenic Diet Safe for Everyone?

Even though the ketogenic diet has been shown to improve many chronic illnesses, the diet is contraindicated in people who are taking certain medications—blood pressure medications, for example, or antidepressant drugs.

Also, people who take diabetic medications such as insulin should strictly monitor for sudden drops in blood sugar levels while following the keto diet.

Additionally, people with gallbladder disease, pancreatic insufficiency, a history of kidney stones, or a history of anorexia should talk with their doctor regarding the safety of a ketogenic diet program. Last, women who are pregnant or breastfeeding require higher protein intake and should adjust the ketogenic diet plan to meet this macronutrient need.

All of this being said, don’t let these cautionary statements stop you from beginning a research-proven weight-loss program involving the ketogenic diet. Being overweight or obese can be far more damaging to your health, so talk to your doctor about beginning the keto diet program today. 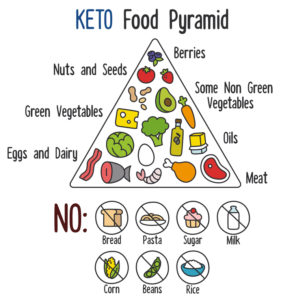