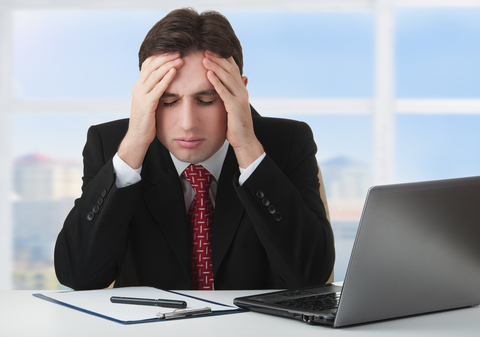 While not a cure-all, supplements play an important role in chronic fatigue syndrome treatment.

If you suffer from chronic fatigue syndrome (CFS) and knew there was compelling research showing the effectiveness of two specific nutrients in bringing relief, you would probably be interested! Such is the case, and here are the details on this chronic fatigue syndrome treatment. CFS is a complex, multifactorial illness characterized by profound, disabling fatigue lasting at least six months, which severely impairs daily functioning. Studies have uncovered a variety of hormone, immune, infectious, muscular, genetic, and nervous system abnormalities in individuals with chronic fatigue syndrome, but the exact cause (or multiple causes) remains a mystery.

Treatment within the conventional medical system focuses on controlling symptoms using cognitive behavioral therapy and exercise therapy. However, many people suffering from chronic fatigue do not improve or only partially improve with these conventional methods.  Practitioners of integrative and natural medicine take a more comprehensive and holistic approach to treatment. While not a cure-all, these are two of the best supplements for chronic fatigue syndrome.

1. Adaptogen formula. Adaptogens are herbal supplements that treat symptoms of both acute and chronic fatigue and stress by increasing the body’s ability to resist stress and exerting a balancing effect on various systems of the body (immune, central nervous, cardiovascular, etc.).

The studies in humans examining the effects of rhodiola on fatigue are especially favorable, showing statistically significant reductions in fatigue and clinical improvements in many fatigue-related areas, such as physical fitness, concentration, mental performance, sleep patterns, motivation, mood, and general well-being.  Various dosages and preparations have been found to be effective, from daily totals of 100 mg up to 576 mg in divided doses for periods of one to ten weeks.

While very few studies have examined the effects of multiple combined adaptogens, many integrative and naturopathic practitioners prescribe formulas combining rhodiola with other adaptogens to treat fatigue and related symptoms.

2. D-Ribose.  D-ribose is needed to increase the synthesis of cellular energy in muscles. Muscle energy synthesis has been found to be lower in those with chronic fatigue syndrome. When taken as a supplement, D-ribose has been shown to enhance muscle cell energy and recovery, improve fatigue and other symptoms in individuals with fatigue and chronic fatigue syndrome in at least three studies.

In the first in a series of two uncontrolled studies in patients with fibromyalgia and/or chronic fatigue syndrome, D-ribose was administered to 41 patients at a dose of 5 grams 3 times per day for an average of 3 weeks. This led to significant improvement in energy, sleep, mental clarity, pain intensity, and well-being compared to baseline. At the end of the study, approximately 66% of patients experienced significant improvement while using D-ribose. These patients had a 45% average increase in energy and a 30% overall improvement in well-being.

A larger follow-up study, again uncontrolled, enrolled 257 patients from multiple clinics. They were given the same D-ribose protocol. Of the 203 chronic fatigue syndrome/fibromyalgia patients who completed the trial, D-ribose treatment led to a statistically and clinically significant improvement in energy (61.3% average increase).  Significant improvements were also experienced in sleep, overall well-being, pain, and mental clarity.

Another group of researchers found that 3 grams of D-ribose twice daily for three weeks in adults over 50 years of age who complained of tiredness for at least a month lessened physical fatigue as demonstrated by statistically significant improvements in tests of cardiopulmonary exercise testing. The subjects also had significant subjective improvements in mental outlook and vitality.

Both the adaptogens and D-Ribose are available as nutritional CFS supplements that you can obtain from your local health food store or from your favorite online supplement provider. Since these two chronic fatigue syndrome treatments have a different cause of action (how they work), you can even try both approaches at the same time.

To learn more about chronic fatigue syndrome treatment, read about the role of probiotics, ginseng, and exercise.

[4] Panossian A, Wikman G. Effects of adaptogens on the central nervous system and the molecular mechanisms associated with their stress
protective activity. Pharmaceuticals. 2010;3:188-224.

[6] Olsson EM, von Schéele B, Panossian AG. A randomised, double-blind, placebo-controlled, parallel-group study of the standardised extract shr-5 of the roots of Rhodiola rosea in the treatment of subjects with stress-related fatigue. Planta Med. 2009 Feb;75(2):105-12.

[7] Spasov AA, Wikman GK, et al. A double-blind, placebo-controlled pilot study of the stimulating and adaptogenic effect of Rhodiola rosea SHR-5 extract on the fatigue of students caused by stress during an examination period with a repeated low-dose regimen. Phytomedicine. 2000 Apr;7(2):85-9.