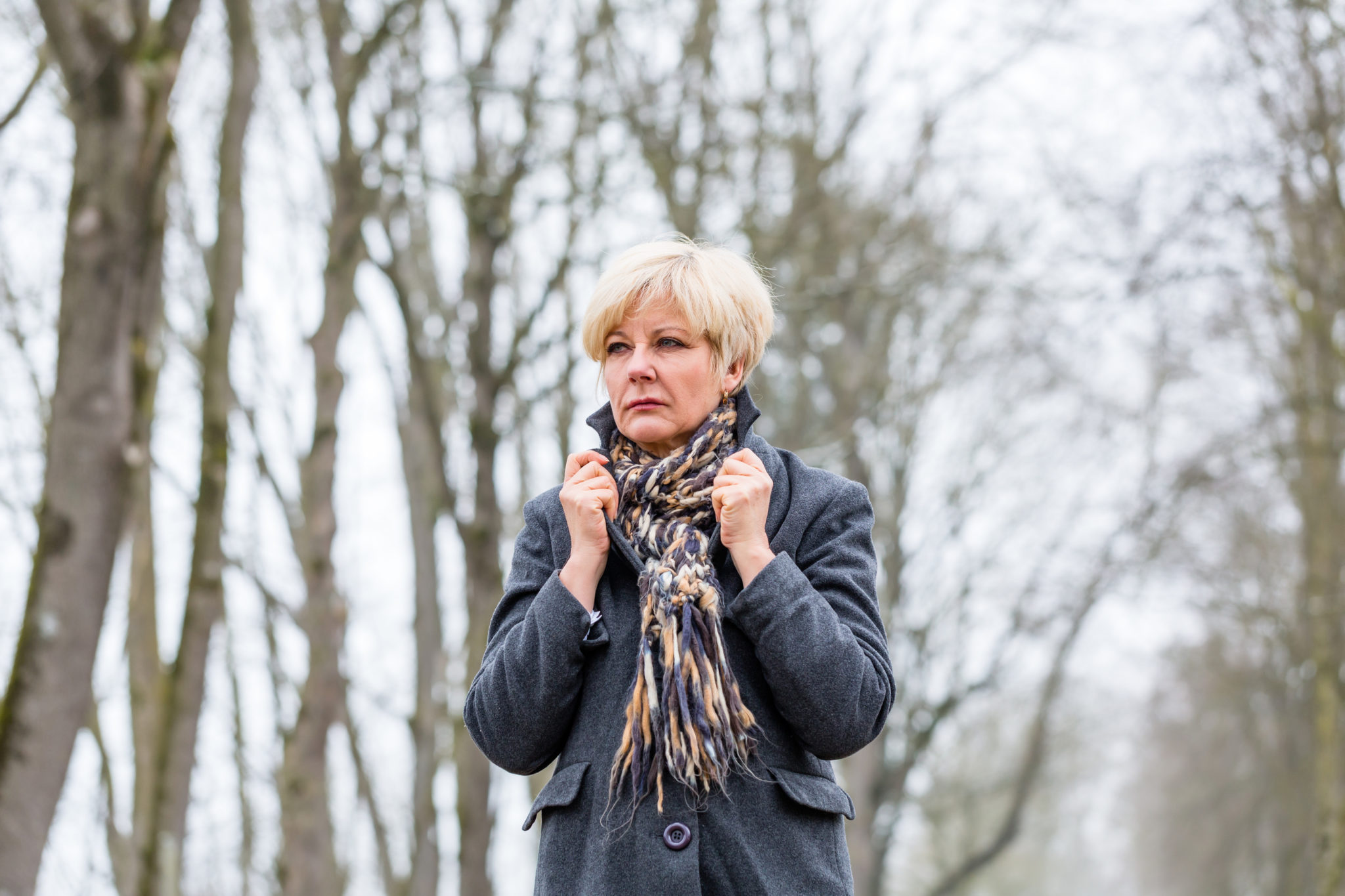 Seasonal depression usually begins as soon as the weather cools and the days shorten, around September or October, and lasts until it warms up again, often in April. Seasonal affective disorder (SAD) is most often seen in women, although men also battle it. It has no age limits. Many of those affected by seasonal depression begin to experience it as teenagers.

The symptoms of seasonal depression are similar to those of other types of depression:

The Power of Sun—and Serotonin

What pushes the symptoms above into the area of “seasonal depression”? The correlation between the hours of sunlight in the day and the onset of the depressive state. As you may guess, about 10 percent of people living in the northern states suffer from seasonal depression, while states like Florida have a small incidence.

During the daylight period of our circadian rhythm, our bodies produce serotonin, a neurotransmitter that directs mood, energy, appetite, memory, and more. When serotonin levels are low, depression is often the result.

Research in 2014 at the European College of Neuropsychopharmacology (ECNP) showed that regulating serotonin can have an impact on whether or not we’re affected by seasonal depression. Studies concluded that there are significant differences in the levels of the serotonin transporter (SERT) protein between summer and winter. “SAD patients showed higher levels of SERT in the winter months, corresponding to a great removal of serotonin in the winter,” according to an ECNP statement.

“We believe that we have found the dial the brain turns when it has to adjust serotonin to the changing seasons,” lead researcher Brenda McMahon wrote. “The serotonin transporter (SERT) carries serotonin back into the nerve cells where it is not active, so the higher the SERT activity, the lower the activity of serotonin. Sunlight keeps this setting naturally low, but when the nights grow longer during the autumn, the SERT levels increase, resulting in diminishing active serotonin levels.

The other neurotransmitter that works with our circadian rhythm is melatonin. Known as “the sleep hormone,” melatonin causes us to become drowsy and slow down when we experience a lack of light. The longer we’re in darkness, the more melatonin our bodies produce.

Researchers at Oregon Health & Science University (OHSU) found that melatonin can ease winter depression. Most of the test subjects during an influential four-year study responded best to low-dose melatonin taken in the afternoon or evening compared to morning.

In another important study, University of California San Francisco (UCSF) researchers found a human gene mutation that might contribute to unusual sleep patterns and to heightened rates of seasonal depression. “This is the first human mutation directly linked to seasonal affective disorder, and the first clear sign of a mechanism that could link sleep to mood disorders,” according to Louis Ptáček, MD, a lead author and professor of neurology in UCSF’s School of Medicine.

“People have known for decades that light and mood were linked, but this is our first real finger-hold on the problem,” according to the other lead author, Ying-Hui-Fu, PhD.

More research is needed, but the UCSF research goes a long way in linking SAD to genetics.

Bring On the Light

Not surprisingly, bright light is the leading therapy for seasonal affective disorder, and may be as effective as anti-depressive drugs. Sitting about 2 feet from a light box with 10,000 lux of full-spectrum light for 30 minutes every morning can make a difference in seasonal depression. Full-spectrum light contains every wavelength of light, similar to sunlight. Research has shown that light boxes help stimulate the hypothalamus in the brain, increase serotonin production, and regulate the release of melatonin.

For those who can get out into the natural sunlight, spend approximately 30 minutes in the sun at its strongest level, between 10 a.m. and 3 p.m. If possible, add some physical activity to help break the cycle. Those who need stronger support should consider talking to a doctor about antidepressants or acupuncture therapy.

On the herbal side, kava may help combat SAD, but St. John’s Wort—the popular natural antidepressant—has a possible side effect of sensitivity to bright light, so it may not be a good choice.