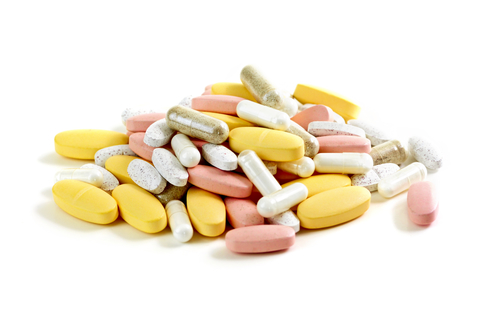 Researchers and doctors have looked at various forms of folate vitamins for depression.

Exciting research is taking place in the arena of folate vitamins for depression treatment. One form of the B vitamin folate, 5-MTHF, has been found particularly effective for treating depression, especially in people with recurrent depression and for whom antidepressants don’t work. Known as 5-methyltetrahydrofolate (5-MTHF) or as L-methylfolate, this form of folate, now widely available as a supplement, is gaining momentum as an effective natural treatment for depression.

How is Folate Related to Depression?

Folate is the primary B vitamin involved in the formation of neurotransmitters—dopamine, norepinephrine, and serotonin—and for this reason a number of studies have looked at folate’s potential role in depression. For instance, the association between depression symptoms and folate deficiency has been known for about fifty years. Studies have not only found low folate levels in depressed patients, but those with low folate levels also tend not to respond well to antidepressant drugs.[1,2] For these reasons, researchers and doctors have looked at various forms of folate vitamins for depression.

Folate Must Be Converted to 5-MTHF

Studies have used different types of folate for depression–both as a stand-alone treatment or as an adjunctive treatment along with antidepressants. Much of the recent research has been conducted using 5-methyltetrahydrofolate (also called 5 MTHF or L-methylfolate). This form of folate is often referred to as the “bioactive” or “methylated” form. Synthetic folic acid (in supplements) or dihydrofolate (in foods) must first be converted to this form before it can participate in the conversion of homocysteine into methionine. Methionine then goes on to form S-adenosylmethionine (SAMe), which facilitates the synthesis of the neurotransmitters—dopamine, norepinephrine, and serotonin—all of which have antidepressant effects. So, without enough of the 5 MTHF form of folate, SAMe and neurotransmitter levels decrease in the brain, contributing to depression.[3]

Unfortunately, there are many reasons your folate and/or 5 MTHF levels may be low and contributing to your depression. Various drugs (certain anticonvulsants, antibiotics, oral contraceptives, some anticancer agents), poor absorption, chronic diseases, alcoholism, and dietary deficiency are all causes of folate deficiency. But perhaps the most common reason your 5-MTHF levels might be low is completely out of your control. Genetic variations that affect the conversion of folate to 5-MTHF are quite common. The research on these genetic variants has exploded over the last few years and we now know that up to 20% of Caucasian North Americans, for instance, has two copies of the gene variant known to reduce the conversion of folate to 5-MTHF, while another 40%-50% has one copy.[4] With two copies, your ability to convert folate to 5-MTHF is reduced by 60%; with one copy your conversion ability is reduced by 35%.[4] Studies have shown that people with two copies of the genetic variant are indeed more likely to suffer from depression.[4] It is in these people that folate vitamins for depression seem to work the best.

The Research on 5-MTHF Vitamins for Depression

The good news is that by taking the 5-MTHF form of folate vitamins for depression, you have no need to convert it yourself, and the 5-MTHF can go right into the brain to help with neurotransmitter formation. This form of folate used to be available only as a prescription, but is now widely available as a MTHF supplement. At least four clinical trials have compared 5-MTHF vitamins for depression with antidepressants and found benefit.[4] Other trials have added 5-MTHF to antidepressants in people with low folate or in people whose depression wasn’t responding to the drugs.[5]  5-MTHF supplements were also beneficial as an adjunctive treatment in these situations. The most recent study was a randomized, controlled, double-blind trial in which 15 mg 5-MTHF per day (a higher dosage than previously given) led to more “significant and meaningful” outcomes compared to placebo. The adverse effects were no different than placebo.[6]

How to Take the 5-MTHF for Depression

Whether you are currently taking an antidepressant or not, a trial of 5 HMTHF vitamins for depression might be worth it if you are still experiencing ongoing depression symptoms. Start with 7.5 mg per day and increase to 15 mg per day after four weeks if you don’t feel significantly better on the lower dose. One of the biggest concerns with taking high doses of folate is that it could cover up a vitamin B12 deficiency, which could be harmful if left untreated. For that reason, it’s a good idea to have your B12 levels checked before trying 5-MTHF for depression.

Another option is to take a high dose of vitamin B12, such as 1 or 2 mg (1000 to 2000 mcg) of methylcobalamin, along with the 5 MTHF. Of course, comprehensive natural treatment depends on the underlying causes and may require more than just vitamins for depression.


As a service to our readers, University Health News offers a vast archive of free digital content. Please note the date published or last update on all articles. No content on this site, regardless of date, should ever be used as a substitute for direct medical advice from your doctor or other qualified clinician.