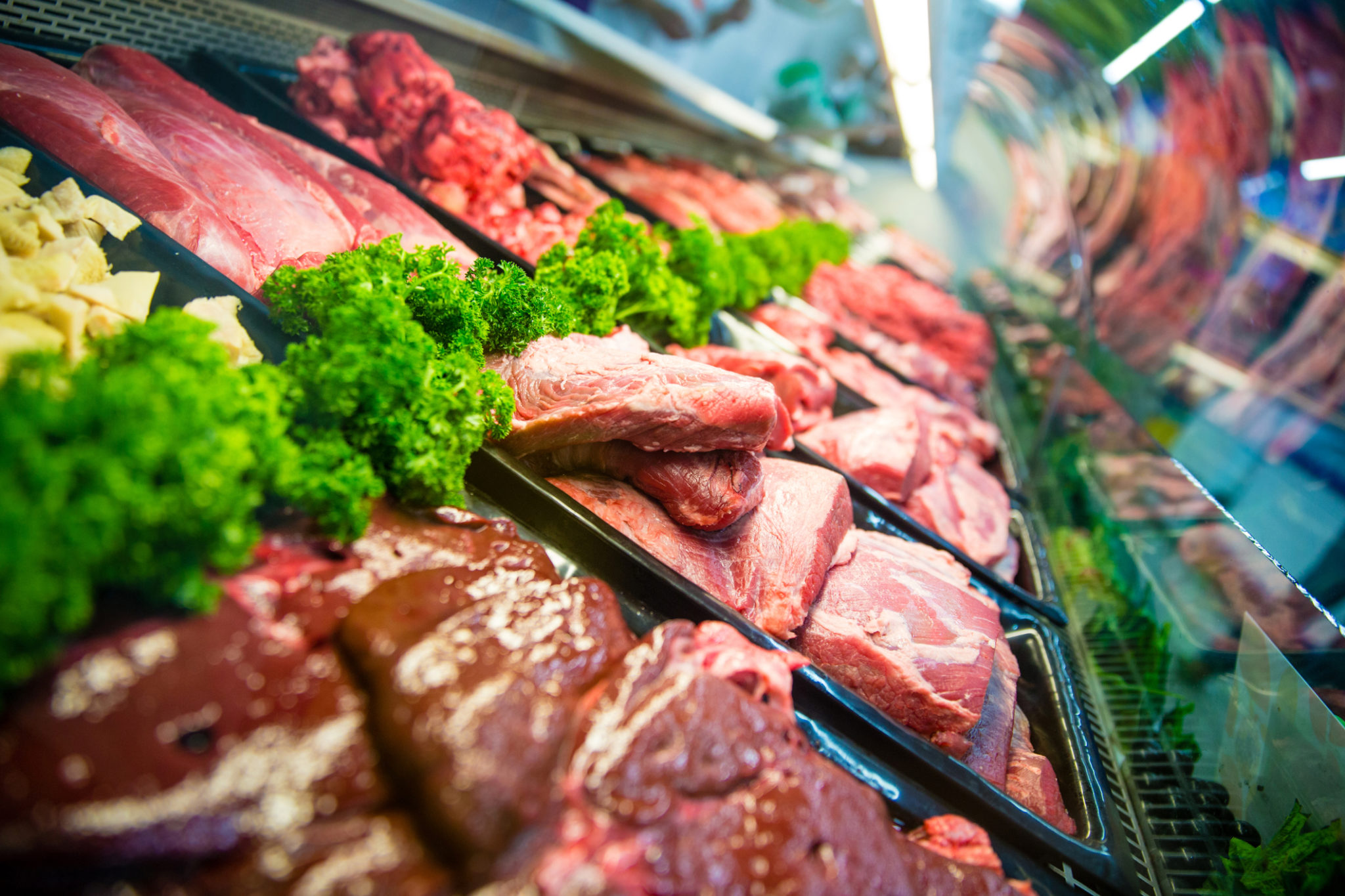 High uric acid levels in the blood can result in gout attacks. Limit or avoid foods (like red meat) that are high in purines.

Purines. Everybody has them, and nearly everyone consumes them. Purines are natural substances found in your body’s tissues and in a wide array of foods. Moreover, they’re the precursors to uric acid, which forms when your body metabolizes purines.

Just as a heart attack may result from high cholesterol and other factors, gout attacks are a consequence of hyperuricemia, or high uric acid levels in the blood.

However, while cholesterol abnormalities generally are treated aggressively to reduce the risk of heart attacks, hyperuricemia may not garner the same vigilance to prevent gout attacks. Rather, surveys suggest that uric acid, or urate, often isn’t the focus of care when a painful gout flare isn’t commanding attention.

To prevent further gout pain and potential damage to your joints after experiencing gout attacks, it’s paramount that you and your physician optimize your uric acid by limiting your intake of purines and, especially, by adhering to urate-lowering medical therapy. Keeping a watchful eye on your uric acid level is particularly important as evidence supporting a link between hyperuricemia and other medical conditions continues to mount.

Normally, as your body breaks down purines and forms uric acid, your kidneys filter the urate and excrete it in urine. Hyperuricemia occurs if you produce too much uric acid, consume too many foods high in purines or, most commonly, as a result of inefficient excretion of uric acid by the kidneys and digestive tract.

At levels above 6.8 milligrams per deciliter (mg/dL) of blood, uric acid begins to settle out of the blood and may harden and form sharp urate crystals that are deposited in your joints and other tissues, setting the stage for gout attacks in joints. If uric acid levels remain high, large, visible and palpable uric acid deposits (tophi) may form in the soft tissues. Yet, for reasons that are not entirely clear, not everyone with hyperuricemia develops gouty arthritis.

New guidelines from the American College of Physicians (Annals of Internal Medicine, Nov. 1, 2016) recommend against routinely starting long-term urate-lowering therapy in most patients after an initial gout attack or in those with “infrequent” attacks. In addition, the guideline authors noted that evidence was “insufficient for gout-specific dietary advice or therapies (such as reduced intake of red meat, fructose, and alcohol) to improve symptomatic outcomes.”

However, in its 2012 guidelines, the American College of Rheumatology (ACR) recommends lifestyle modification and medical therapy to reduce uric acid levels in gout patients to below 6 mg/dL, or less than 5 mg/dL for those with more severe disease.

The ACR guidelines acknowledge that specific evidence from prospective, randomized clinical trials linking consumption of certain dietary components to changes in uric acid or gout symptoms is lacking. Nevertheless, the ACR recommends certain dietary measures that may reduce your intake of purines, lower uric acid, and reduce the risk and frequency of gout attacks:

Even the most restrictive diet low in purines may not be enough to achieve target urate levels below 6 mg/dL, so you might require medical therapy. The two most commonly used urate-lowering medications—the oral drugs allopurinol (Zyloprim) and febuxostat (Uloric)—are taken daily.

Upon starting medical treatment for gout, make sure your doctor periodically checks your uric acid levels, to ensure you’re receiving the right dose of medication. Some surveys have found that these checks aren’t always done, and a patient may be prescribed a set dose of a urate-lowering drug without follow-up urate blood tests and dose adjustments.

Controlling uric acid is even more important in light of evidence that the harmful effects of hyperuricemia may extend beyond the joints. Studies suggest an association between hyperuricemia and nonalcoholic fatty liver disease, erectile dysfunction, obstructive sleep apnea, and elements of metabolic syndrome, a group of risk factors that increase the risk of cardiovascular disease and type 2 diabetes. Some experts have dubbed gout as the rheumatologic component of metabolic syndrome.

Gout and hyperuricemia also have been linked with chronic kidney disease (CKD). A recent study (American College of Rheumatology Annual Meeting, November 2016) found that CKD patients treated with urate-lowering therapy to achieve target urate levels below 6 mg/dL showed improvements in kidney function. Specifically, about 17 percent of the patients who met the target urate level showed a 30 percent improvement in kidney function, compared with about 10 percent of those who didn’t achieve the urate goal.

The study suggests, Dr. Levy added, “that patients with CKD should be tested for uric acid independent of whether they have gout or not. In patients with significantly elevated serum uric acid and moderate kidney failure, the addition of urate-lowering therapy may help stabilize or improve kidney function.”