Home » Daily » Bones & Joints » Gluten-Free Diet for Osteoporosis? If You Have Osteoporosis, You May Have Celiac Disease and Not Know It! 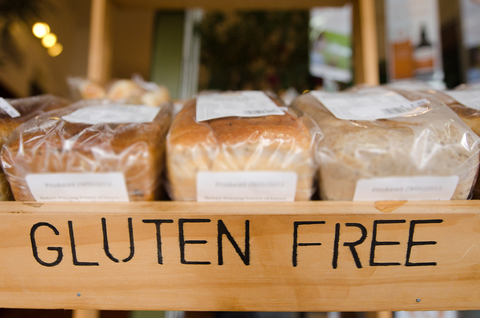 Osteoporosis is one of the main complications of celiac disease

You shouldn’t have to break a bone to get diagnosed with celiac disease, but that’s often what happens

In a recent study on long-term fracture risk, celiac disease was linked to an increased fracture risk before and after diagnosis. In fact, most fractures occur before the diagnosis of celiac disease is ever made. Osteoporosis and easily broken bones are actually some of the most common reasons celiac disease gets discovered and diagnosed in adult men and women.

Dr. William Stenson of the Washington University School of Medicine in St. Louis, MO, and colleagues published a study in the Archives of Internal Medicine (now called JAMA Internal Medicine) which showed a much higher prevalence of celiac disease among osteoporosis patients.[2] He and the other investigators evaluated 840 individuals both with and without osteoporosis by screening them with the blood tests commonly used to diagnose celiac disease— anti-tissue transglutaminase and antiendomysial antibodies. Those with positive blood tests then underwent biopsies of their intestines to confirm the diagnosis of celiac disease. Subjects with biopsy-proven celiac disease were treated with a gluten-free diet for osteoporosis and then their bone mineral density was re-checked.

Why does celiac disease cause osteoporosis?

What is an optimal supplementation plan and diet for osteoporosis?