Home » Daily » Nutrition » What Is Sprouted Grain Bread, and How Healthy Is It? 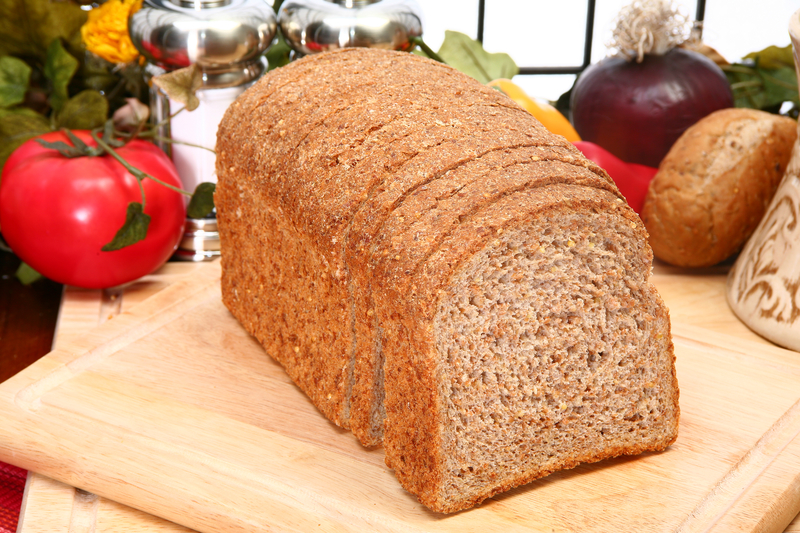 Love manna? Make it Ezekiel bread, high in fiber and nutrients and free from sugar.

What do you call a breadless sandwich? Boring, that’s what. If you’re like us and you struggle to imagine a life without bread, don’t panic. We’ve found a healthy option to help satisfy that carb craving—sprouted grain bread. High in good things like fiber and nutrients and free from bad stuff like sugar, here’s why sprouted grain bread should be your top toast choice.

It can be, depending on your health needs and goals, says Lauren Minchen, MPH, RDN, CDN, a New York-based Registered Dietitian.

WHAT’S IN A NAME?

Sprouted grain bread is also known as “bible bread” or “manna bread.” Legend has it that it was named after a bread mentioned in Ezekiel 4:9 in the bible: “Take thou also unto thee wheat and barley and beans, and lentils and millet and fitches, and put them in one vessel, and make thee bread thereof.”

Sprouted grain bread is made from a variety of organic sprouted whole grains (including wheat, millet, barley, and spelt) and legumes (including soybeans and lentils). Its rich nutrients and high fiber and protein content make it a much healthier option than white breads, which are made from refined wheat flour. sprouted grain bread is “a less processed, more nutrient-dense bread that also tends to be more satisfying,” says Minchen.

Another health bonus: Sprouted grain bread doesn’t contain sugar, preservatives, or artificial ingredients, which plague most other types of commercially made bread. It’s also low in calories (for a bread). To learn more about healthy bread options, read our post Healthy Bread: Is There Such a Thing? 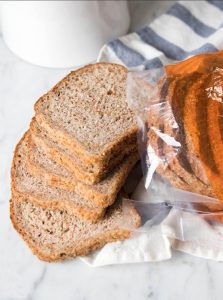 According to Food for Life, one of the main manufacturers of sprouted grain bread, each loaf contains the following all-natural ingredients:

Are you the DIY type who’s anxious to give sprouted grain bread a try? Here are three recipes from reputable sources:

One 34 g slice of Food for Life’s sprouted grain bread has:

What Are “Sprouted” Grains?

Sprouted grains have been soaked until they germinate. This process enriches the wheat, which in turn ups the levels of nutrients and lowers carbohydrates. According Minchen, “Sprouted grains are more easily digested, and the nutrients are better absorbed than traditional whole grain and refined grain breads.” 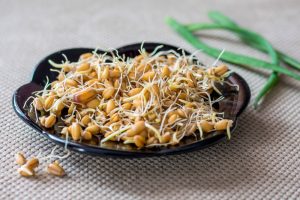 Sprouted grains, Minchen adds, “are closer to their natural form [at harvesting] than refined wheat flour.”

One reason for this increased nutrient absorption: the breakdown of antinutrients, which are naturally occurring chemicals designed to protect the grain or legume by deterring animals from eating it. The sprouting process reduces the amount of these protective chemicals, which prevent the absorption of nutrients and can hinder digestive enzymes. Take raw soybeans, for example—they’re toxic in their natural state.

Need another reason to eat sprouted bread? We’ll give you three, according to researchers of studies published in the Journal of Agricultural and Food Chemistry and the International Journal of Food Sciences and Nutrition. Sprouting increases the amount of:

You saw the word bread here, right? That means it’s not carb-free (darn!). But, Minchen notes, “It’s a moderate source of carbs. About one [carb] serving per serving of bread [two slices].”

So, if you’re on a carb-restricted diet, sprouted grain bread isn’t the panacea you’re looking for. If you aren’t watching your carbs or your waistline, feel free to indulge. All of those extra nutrients and fiber should help alleviate some of the associated bread guilt.

“This would depend on an individual’s health status,” says Minchen. “But generally speaking, sprouted grain bread is a great choice.”

That said, remember that sprouted grain bread, as healthy as it seems, still contains calories and carbs. Overdoing it won’t help you fit back into those jeans. “I would recommend that no matter what bread you’re consuming, you balance it with other whole food carbs and limit it to two slices per day,” suggests Minchen. 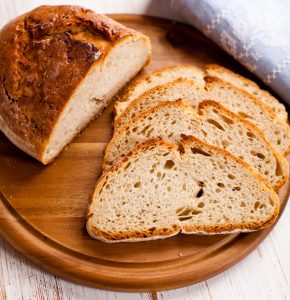 SOURDOUGH: THE OTHER HEALTHY BREAD CHOICE

Sourdough bread, in addition to tasting tangy and delicious, is easier on the stomach than other types of bread. Its long fermenting process causes the flour’s vitamins and minerals to break down into a more digestible product.

Sourdough is also lower on our glycemic index than other breads, which means its naturally occurring glucose is released slowly into the blood stream. Another plus: It’s less likely to cause food intolerance.