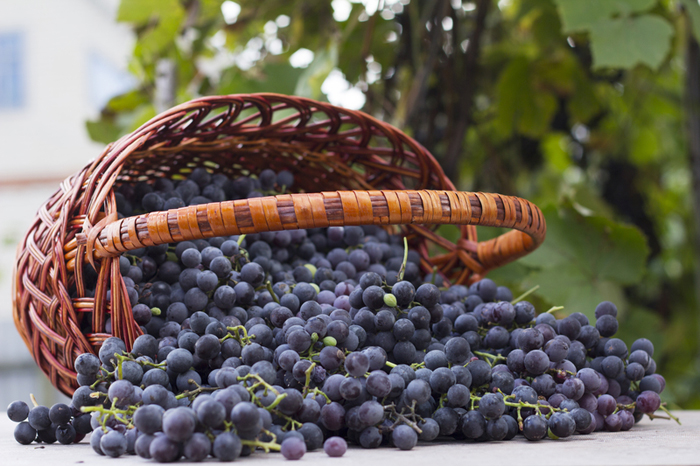 Reseveratrol—a naturally occurring compound found in grapes, red wine, purple grape juice, some types of berries, and in peanuts—is well-studied as a factor in protecting us against cancer and heart disease among other conditions.

Resveratrol is marketed as a magic bullet that can help aid weight loss, delay aging, and help protect you against cancer and heart disease. But what exactly is resveratrol—and should you be consuming more of it?

Reseveratrol is a naturally occurring compound found in grapes, red wine, purple grape juice, some types of berries, and in peanuts. It is among the plant chemicals known as polyphenols—antioxidants that fight cellular damage from harmful oxygen molecules called free radicals. In plants, resveratrol plays a key role in defense: It is produced by plants in response to stress, injury, ultraviolet radiation, and fungal infection.

Where grapes are concerned, resveratrol is found in all parts of the plant, including the seeds, skin, and leaves, although the seeds’ contribution is small. Red and purple grapes have greater amounts of resveratrol than other grapes, and foods and beverages made from grapes contain varying amounts of resveratrol, depending upon the climate in which the grapes were grown and the method used to make the products.

It is possible resveratrol may be responsible for what’s called the “French paradox”: the fact that the French have far lower rates of cardiovascular disease (CVD) than Americans even though their diets tend to be high in saturated fat.

Many scientists point to the popularity of resveratrol-rich red wine in France, but even if red wine is the key, it contains hundreds of biologically active compounds in addition to resveratrol, and any one of them (or all of them acting together) may account for the French paradox.

Another thing to consider is the fact their food portion sizes are typically smaller (one study comparing 11 similar restaurants in Paris and Philadelphia found that the average portion size was about 25 percent higher in Philadelphia).

Resveratrol: What Studies Are Revealing

Recent studies have analyzed the potential benefits of resveratrol. One study presented at the American Heart Association’s “Arteriosclerosis, Thrombosis and Vascular Biology / Peripheral Vascular Disease 2017 Scientific Sessions” in May 2017 looked at the compound’s possible benefits for artery health in people with type 2 diabetes.

Researchers measured the stiffness of the aorta (the body’s main artery) in 57 people with type 2 diabetes. (Many people experience a stiffening of the aorta as they age but diabetics are at particular risk). Tests were carried out after the study participants consumed daily doses of 100 mg/day of resveratrol for two weeks, followed by 300 mg/day of resveratrol for two weeks, and after comparable placebo dosing for a total of four weeks. 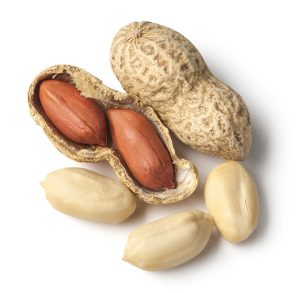 Among the natural sources of resveratrol: peanuts.

Participants were also tested on several other measures of their blood vessels’ ability to relax and expand as needed to accommodate changes in blood flow (an important indicator that a person’s blood vessels are healthy).

“The effect of resveratrol may be more about improving structural changes in the aorta and less about the relaxation of blood vessels, and people with more normal aortic stiffness may not get as much benefit,” says senior study author Naomi M. Hamburg, MD, MS, FACC, associate professor of medicine and chief of the vascular biology section at the Boston University School of Medicine.

Animal studies have suggested that resveratrol activates a gene (SIRT1) that delays aging and the development of several diseases. To look at that mechanism in humans, researchers in the study took a sample of the inner lining of blood vessels from seven participants and examined the tissue for SIRT1 activity. Although they detected increased SIRT1 activity after resveratrol supplementation, the difference was not statistically significant.

“We found that resveratrol also activates the longevity gene SIRT1 in humans, and this may be a potential mechanism for the supplements to reduce aortic stiffness,” says Ji-Yao Ella Zhang, Ph.D., lead study author and postdoctoral fellow at the Whitaker Cardiovascular Institute at Boston University. “However, the changes in this small and short-term study are not proof. Studies with longer treatment are needed to test the effects of a daily resveratrol supplement on vascular function.”

It’s important to keep in mind that the amounts of resveratrol used in the study were greater than you would find in natural sources of the compound, or supplements.

Another recent study (presented at the 2016 Alzheimer’s Association International Conference) looked at resveratrol’s benefits when it comes to Alzheimer’s disease.

When given to Alzheimer’s patients, resveratrol appeared to restore the integrity of the blood-brain barrier, reducing the ability of harmful immune molecules secreted by immune cells to pass from the body into the brain. The reduction in neuronal inflammation slowed the cognitive decline of patients compared with a matching group of Alzheimer’s patients who were treated with placebo.

“The findings suggest that resveratrol imposes a kind of crowd control at the border of the brain. The agent seems to shut out unwanted immune molecules that can exacerbate brain inflammation and kill neurons,” says study co-author neurologist Charbel Moussa, MD, PhD, scientific and clinical research director of Georgetown University Medical Center’s Translational Neurotherapeutics Program. “These are very exciting findings because it shows that resveratrol engages the brain in a measurable way, and that the immune response to Alzheimer’s disease comes, in part, from outside the brain.”

Like the previous study we referenced, the amount of resveratrol used in this one was much larger than you would typically ingest via your diet—equivalent to the amount found in about 1,000 bottles of red wine.

So should you supplement? The jury is out on that one, and it isn’t known whether resveratrol supplements offer the same health benefits seen in research. The sensible option is to eat as many different resveratrol-containing foods as possible.