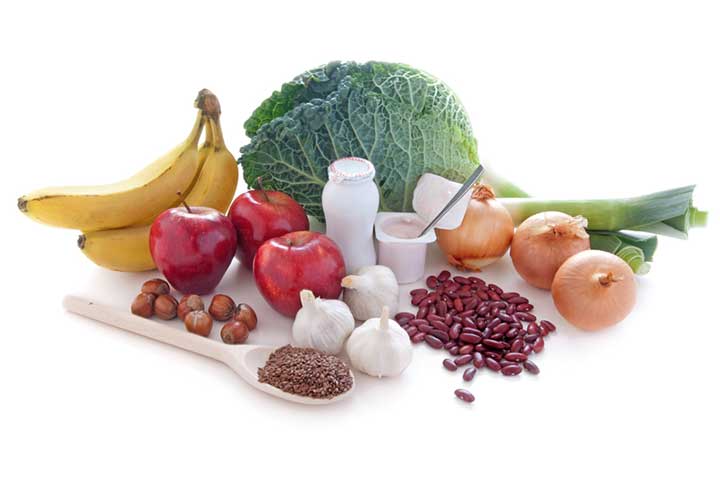 With an optimal gut diet, you can increase your friendly gut bacteria and your “bacteria balance” by changing what you eat.

According to the National Institute of Diabetes and Digestive and Kidney Diseases (NIH), digestive disorders affect 60 to 70 million people in the United States. That number is staggering and it clearly indicates we need to take much better care of our digestive health! There are many different digestive disorders and they range from mild to severe. Following the principles of a gut health diet can help.

Your gastrointestinal (GI) or digestive tract is a complex system made up of many hollow tubes, organs and components, such as your esophagus, liver, stomach, pancreas, colon, small intestine, appendix, rectum and anus. Digestion begins when food goes into your mouth. When you eat, food mixes with various digestive juices and then travels along your GI tract. During this process, large food molecules are broken down into smaller ones that eventually get used as fuel for your body.

Another key component of our GI tract is a vast ecosystem of friendly microbial (bacteria) cells. In fact, ninety percent (trillions!) of the cells in your body are microbial. Researchers have been studying the importance of gut bacteria (also referred to as the gut microbiome or microbiota) for some time. Your microbiota is mostly housed inside your colon.

With an optimal gut health diet, you can increase your friendly gut bacteria and your “bacteria balance” by changing what you eat. You want to have balance—basically the good bugs keep the bad bugs in check. Bacteria live off of a variety of nourishing plant-based foods. Healthy gut bacteria help you digest and absorb nutrients, synthesize various vitamins, and fight intruders such as bad bacteria and carcinogens. They help regulate your metabolism and even boost your immune system! If you suffer from a digestive disorder or you simply want to improve your overall gut health, there are several dietary changes (part of a good gut health diet) you can make. Here are a few.

Limit Your Intake of Grains and Avoid Sugar

The premise behind scientifically researched grain-free diets such as the specific carbohydrate diet (SCD), the Paleo diet, or the low FODMAP diet is that digestive disorders are the result of an overgrowth and imbalance of intestinal microbial flora.

For example, IBS is commonly associated with small intestinal bacterial overgrowth (SIBO)—a condition where excessive bacteria in the intestine can lead to increased gas production and other digestive problems. The SCD diet consists of clean eating, strict avoidance of processed foods and the elimination of foods that disrupt your microbiota—those containing “two-sugar” disaccharide carbohydrates like sucrose or table sugar and “many-sugar” polysaccharides like starch.

Foods containing “single sugars” (glucose) such as fruit, honey and properly fermented yogurt are permitted in some grain-free diets as they do not have the same impact on your microbiota. Blood sugar balance is part of the overall gut health equation. The results appear to be an effective and active immune system that can conquer microbial invasion!

Power up Your Gut Health Diet with Probiotics and Fermented Foods

You have probably heard about the importance of fermented foods and probiotics for good gut health. The SCD diet (above) recommends the regular consumption of natural, unsweetened and properly fermented yogurt, as well as probiotic supplements to help repopulate healthy bacteria in the GI tract and create balance. The bacteria in the yogurt breaks down the lactose (disaccharides) into galactose (monosaccharide).

Many health professionals advocate for digestive disorders patients to include fermented foods such as yogurt into their diet. There are dairy-free yogurts for those who can’t tolerate dairy products.

“Probiotics are becoming increasingly recognized as potential therapy for digestive disorders like Crohn’s disease. Additionally, a healthy diet that promotes a robust and diverse microbiome may help prevent attacks of Crohn’s,” says Dr. Gil Kaplan, a gastroenterologist, epidemiologist and professor at the University of Calgary who specializes in inflammatory bowel diseases.

Other delicious fermented foods that support friendly bacteria include sauerkraut, kefir (fermented milk), kimchi, kombucha (fermented tea), organic tempeh and pickles (not all pickles are fermented). Aim for fermented foods that are organic when possible to avoid unhealthy additives. Be mindful of your sodium intake as many of these foods contain a fair amount.

Studies have shown the long-term intake of dietary fiber is positively associated with a lower risk of digestive disorders and good digestive health in general.