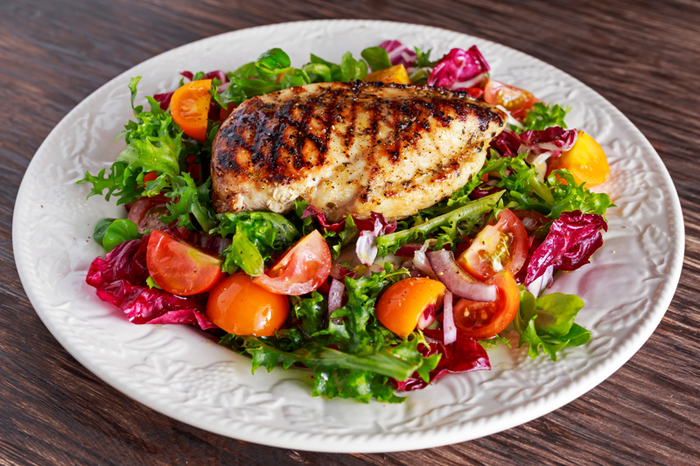 Poultry and vegetables are important parts of the Paleo diet; on the other hand, grains and dairy products don't fit in.

Are you willing to dine on caveman cuisine to lower your cholesterol and your blood pressure, or to improve your blood sugar control? Evidence suggests that a hunter-gatherer-type Paleolithic, or Paleo, diet can improve your cardiovascular health and blood sugar metabolism.

The Paleo diet includes lean meats but excludes all grains and dairy. It’s been the subject of numerous studies, albeit small ones, over the past two decades. Typically, the Paleo diet fares well in studies, although, as pointed out in this Care2 post, subjects who switch to a Paleo diet usually are abandoning “junky” diets, cutting back or cutting out saturated fat, salt, sodas, margarines, processed foods, and other such selections.

Perhaps the most influential study took place in 2009 at the University of California San Francisco (UCSF) School of Medicine, where a group of researchers assessed the possible benefits paleo dieters experience.[1] In the carefully designed study, Dr. Lynda Frassetto, a Health Sciences Clinical Professor at UCSF School of Medicine, and her colleagues found that 10 days of a Paleo diet benefits cholesterol profiles as well as blood pressure and blood sugar regulation.

The nine subjects in the UCSF study were sedentary and overweight but not obese, and otherwise healthy. They ate a normal diet for three days, ramped up to a Paleolithic diet over a week, and then stuck to it for another 10 days. 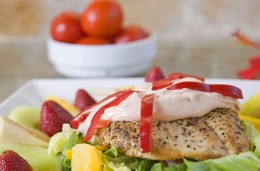 The Paleo-type diet included meat, fish, poultry, eggs, fruits, vegetables, tree nuts, canola oil, mayonnaise, and honey, but excluded dairy products, legumes, cereals, grains, and potatoes. All food was provided and portions were adjusted to purposely keep the subjects’ weights steady so that Dr. Frassetto and her colleagues could be absolutely sure the health benefits were the result of the diet itself and not weight loss.

The results showing the Paleo diet benefits were striking. The subjects’ “bad” cholesterol—low-density lipoprotein (LDL)—was roughly 22 percent lower. According to Dr. Frassetto, that level of LDL cholesterol reduction is similar to what you would expect from six months of treatment with a cholesterol-lowering statin drug.

Even though the study participants did not have hypertension to begin with, they all experienced significant reductions in blood pressure. Average systolic and diastolic pressure decreased by 3 mmHg.

More Paleo diet benefits? The UCSF study participants experienced improved blood sugar metabolism and insulin levels. Participants were given a standard glucose challenge to assess what is known as glucose tolerance and another test to assess insulin sensitivity. Both glucose tolerance and insulin sensitivity are related to the risk for diabetes, obesity, and cardiovascular disease.

People with insulin resistance, on the other hand, have poor insulin sensitivity and therefore need a lot of insulin to process glucose, which leads to health problems.

How to Reduce Your Cholesterol and Achieve Other Paleo Diet Benefits

If you’re looking for natural, drug-free ways to improve your cardiovascular health, cholesterol, blood pressure, or blood sugar, a trial of the Paleo diet might be for you. If reducing high cholesterol naturally is your primary goal, the Paleo diet is just one option of many. Click here for more info.