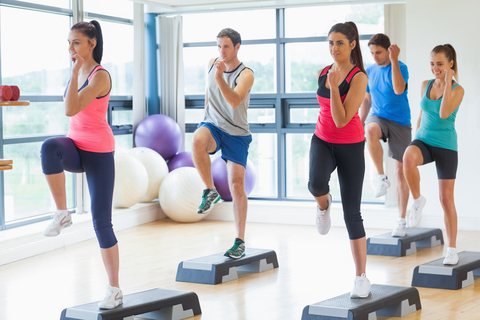 Walking or cycling alone are not enough to build bone mass.

You Might Lose a Little Weight With Walking or Bicycling, But You Won’t Build Bone

The randomized controlled study involved 173 postmenopausal women from the ages of 50 to 75 who were sedentary and either overweight or obese. None of the women had osteopenia or osteoporosis and none were taking hormone replacement therapy. Half of the women were assigned to the exercise group and the other half to a control group.

The exercise prescription consisted of 45 minutes of moderate-intensity aerobic exercise, either walking or bicycling, while maintaining an average heart rate of 60-75 percent of maximal heart rate. Those in the exercise group gradually worked up to this level by week 8 and maintained this routine five days a week for 12 months.

One some days the women exercised at home while on other days they were supervised in a gym where they used either a treadmill or stationary bike. The women in the control group attended one 45-minute stretching session per week.

On average, the exercisers lost about three pounds of fat but did not gain any muscle mass, while those in the control group gained a slight amount of weight.

While walking itself is not a sufficient weight-bearing activity, weighted walking is. “To do this, grab two dumbbells, kettlebells, or bags of cans from the kitchen, and hold them to your side,” says Marvin Nixon, Health and Wellness Coach at Nixon Health Coaching.

The Best Osteoporosis Exercises Are Proven to Build Bone Density

So if aerobic exercise on its own doesn’t work for building bone strength, what does? There are three main types of exercise that stimulate bone growth. Dan DeFigio, Director at Basics and Beyond, says, “Bone growth is stimulated when: 1) the skeleton gets stressed with an external load, ideally from multiple directions; 2) whole-body vibration, and 3) impact training.”

We now have long-term follow-up data from the Bone Estrogen Strength Training (BEST) study conducted between 1995 and 2001 by University of Arizona researchers.

The most effective osteoporosis exercises for building bone density are a combination of a small amount of weight-bearing aerobic exercises combined with six progressive resistance exercises using free weights and weight resistance machines.

Part of the BEST study was a randomized controlled trial in 167 sedentary postmenopausal women, ages 40 to 65, which found that the osteoporosis exercises described below can build bone density and stave off osteoporosis.

2. 20 minutes of strength-training exercises; 2 sets of 6 to 8 repetitions of each core exercise:

3. 15 minutes of “cardio-weight-bearing activity” such as weighted walking, stair climbing, or jogging

5. 5 minutes of balance and stretching

They also took 800 mg of calcium as calcium citrate per day. The six weight lifting osteoporosis exercises were discovered to be a crucial part of the program. Over the 4 years, those who stuck with it and lifted the most weight on average had the greatest bone mineral density increases, which were as high as 2.6 percent in the lumbar spine!

“A diet high in calcium-rich foods and protein are recommended to ensure that you provide your body with the nutrients required to grow lean, strong muscle tissue,” says Brett Durney, Co-Founder and Personal Trainer at Fitness Lab.

Anyone can learn these exercises, and you don’t need a personal trainer. Abundant videos and books demonstrating these basic weight lifting techniques and osteoporosis exercises are available.

It’s also important to incorporate other natural treatments for osteopenia and osteoporosis besides exercise and calcium.

Originally published in 2013, this post has been updated by the editors of University Health News.

10 Osteoporosis Risk Factors: Don’t Wait to Find Out if You’re at Risk for Bone Breakdown 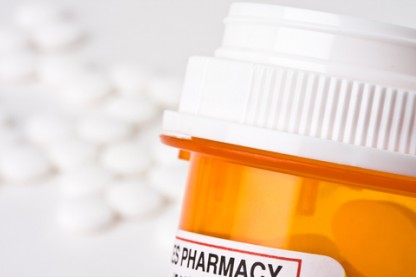 Can Osteoporosis Be Reversed Without Drugs?