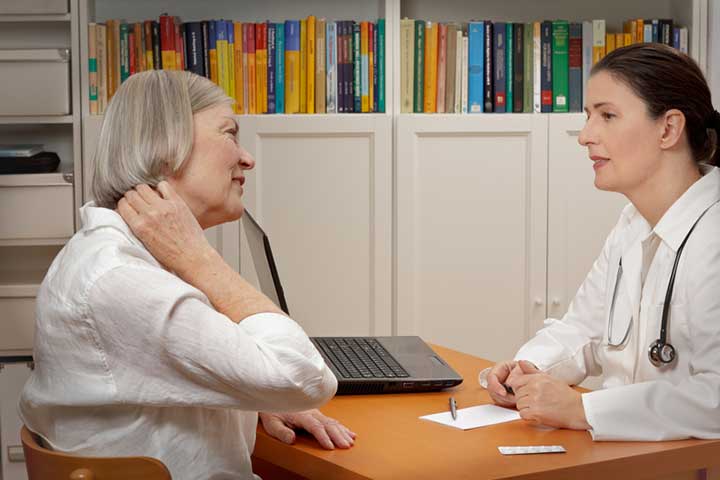 It is thought that the onset of fibromyalgia is often triggered by a traumatic event such as an illness, injury, or significant emotional stress.

Fibromyalgia, a condition that causes widespread pain, affects millions of people in the U.S. About twice as many women as men experience symptoms of fibromyalgia, according to the Centers for Disease Control and Prevention. Health experts aren’t sure why the risk is so much higher in women than men, but rheumatic diseases—conditions that cause chronic, pain in joints and/or connective tissue, including rheumatoid arthritis, lupus, polymyalgia rheumatica, and scleroderma, are also far more common in women than in men, and patients with these conditions also have a higher risk of developing fibromyalgia.

Symptoms of fibromyalgia are often vague and vary from patient to patient, which can make it difficult to identify warning signs. However, if symptoms are present, it’s important to be evaluated as soon as possible, since patients diagnosed within a year of developing the condition have a more favorable prognosis.

Medications used to treat fibromyalgia include:

“Common complaints of patients with fibromyalgia include chronic musculoskeletal (muscle and joint) pain in multiple areas and impaired sleep, mood, and/or cognition,” says Michael Sein, MD, assistant professor of rehabilitation medicine at Weill Cornell Medicine. Other physical symptoms may include abnormal sensations called paresthesias, which include feelings of numbness, tingling, and/or a prickling “pins-and-needles” feeling.

Impaired mood may manifest as symptoms of anxiety or depression, and impaired cognition may include problems with memory, attention, and concentration, which are collectively often referred to as “fibro fog.” Other symptoms include fatigue, headaches and/or migraines, and irritable bowel syndrome.

Research suggests that there is a genetic component to fibromyalgia. It is thought that the onset of fibromyalgia is often triggered by a traumatic event such as an illness, injury, or significant emotional stress. Another theory is that people with fibromyalgia are more sensitive to stimuli than people without the condition, and they have an abnormal pain response that may be related to nervous system function.

There is no screening test, such as a blood test or imaging scan, that can confirm the presence of fibromyalgia, so the doctor’s evaluation is very important.

“The diagnostic evaluation should begin with a thorough history and physical examination, together with limited laboratory testing to exclude other conditions,” explains Dr. Sein. “The American College of Rheumatology has classification criteria for fibromyalgia. The criteria include symptoms of widespread pain, occurring both above and below the waist and affecting both the right and left sides of the body, with at least 11 of 18 defined tender points (near the neck, chest, back, elbows, hips, and knees).

Dr. Sein notes that some newer guidelines do not have as much of a focus on the presence of tender points, however; instead, they specify the occurrence of pain in at least four out of five separate areas of the body. Doctors may use diagnostic tools such as the Widespread Pain Index and the Symptom Severity Scale to assess whether a patient’s symptoms match the criteria for fibromyalgia. In addition, symptoms must have been present at a similar level for a period of at least three months.

Since fibromyalgia symptoms vary from patient to patient, developing an individualized treatment plan is essential.

“Treatment should be multidisciplinary, involving both non-pharmacologic measures and medications. Exercise has been shown to be one of the best ways of reducing the pain and functional limitations of fibromyalgia, and I recommend it nearly universally to my patients,” says Dr. Sein.

Physical exercise may include aerobic activities and stretching/strengthening exercises. Some patients find that mind/body practices, such as tai chi and yoga, can be helpful. A physical therapist can help patients choose an exercise regimen that is safe and effective.

While there is no cure for fibromyalgia, a combination of lifestyle strategies and medications can help patients get relief from symptoms and improve their quality of life.