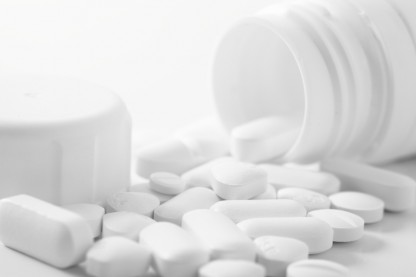 One of the 5 htp benefits for treating fibromyalgia is boosting serotonin levels and relieving pain.

For reasons yet to be fully understood, people with fibromyalgia feel more pain than normal. Fibromyalgia sufferers’ brains show activation patterns in pain processing areas when only mild pressure or heat is applied.[1] Researchers believe that part of what contributes to fibromyalgia is an imbalance of the neurotransmitter serotonin. This is why 5-hydroxytryptophan (5-HTP), a precursor to serotonin, is one of the more effective fibromyalgia supplements. 5 HTP benefits for fibromyalgia include boosting serotonin levels and helping to relieve pain.

Serotonin is an important neurotransmitter with a major role in sleep, pain, and appetite, and it affects conditions like depression and anxiety. It influences pain thresholds through interacting with other compounds involved in the sensation of pain, like substance P and endorphins.[2] Serotonin is also important for getting restorative sleep.[3] Disruptions in serotonin metabolism have been reported as a hallmark characteristic of fibromyalgia, with fibromyalgia patients showing marked reductions in serotonin levels.[2,3]

Common drugs used to effectively treat fibromyalgia include those that increase the activity of serotonin, including tricylic antidepressants and selective serotonin reuptake inhibitors (SSRIs).[1] However, the effects of these drugs can be far wider than just reducing pain, as they can alter mood and have other unpleasant physical side effects. So how else can you safely increase serotonin activity to help treat fibromyalgia?

In a double-blind study in fibromyalgia patients, 100 mg of 5-HTP three times a day for 30 days led to a significant reduction in number of tender points and intensity of pain compared to placebo. Patients also experienced improvement in morning stiffness, sleep patterns, fatigue, and anxiety.[3] Similar results were found after only 15 days and up to 90 days using the same dosage.[4]

Studies show that effective dosages range from 200 to 1,000 mg of 5-HTP daily. Side effects are minimal, with mild nausea being the most common, so take it with meals. Consider taking vitamin B6 as well, because it helps to convert 5-HTP to serotonin.[2]

As always, talk with your doctor before beginning new supplements. Do not take 5-HTP with antidepressants that also increase serotonin activity, as too much serotonin can be dangerous.