Home » Daily » Heart Health » Statins and Their Side Effects 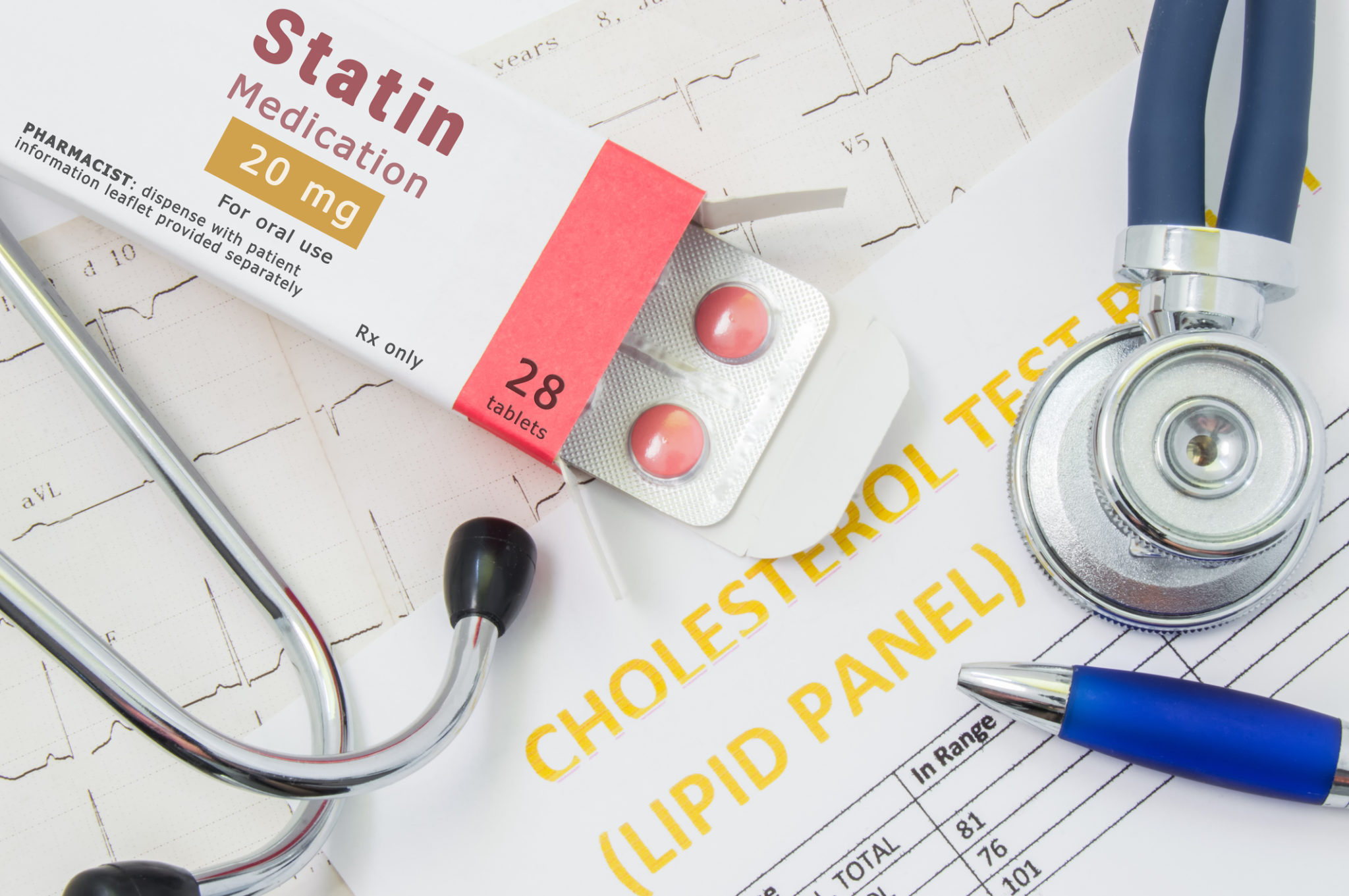 If you cannot keep your lipids at acceptable levels despite your best efforts, you may need to be prescribed a statin to help reduce your risk of heart attack and stroke.

Despite all their best efforts, some people still can’t keep their lipids and cardiovascular risk at acceptable levels. If you’re one of them, you’ll need a medication to help control your cholesterol and reduce your risk of heart attack and stroke.

Statins are known scientifically as 3-hydroxy- 3-methylglutaryl coenzyme A (HMG-CoA) reductase inhibitors. They remain the cornerstone of cholesterol-lowering drug therapy, and are among the most widely prescribed medications in the world. In fact, they’re so universally used that some people have joked that they should be added to the water supply. Statins can effectively lower LDL and total cholesterol, and they have some triglyceride lowering and anti-inflammatory effects. They also may modestly raise levels of beneficial HDL cholesterol. Yet, statins have important side effects that you need to know about.

Statins block the action of an enzyme (HMG-CoA) responsible for cholesterol production in the liver. Most of the drugs are available in generic forms. Although they belong to the same drug class, not all statins are equal in terms of their potency and the degree to which they reduce LDL—atorvastatin and rosuvastatin are among the most potent statins, while fluvastatin and pravastatin are among the least potent.

Also, while most studies have found that statins can benefit people irrespective of age, some research has raised questions about how well the drugs work in relatively healthy older individuals. A study published in 2018 in BMJ that included 46,864 older adults followed a median of 5.6 years found that statin treatment offered no benefit in terms of primary prevention of atherosclerotic cardiovascular disease or death from all causes after age 74, except in people with diabetes. In those with diabetes, the benefits of statins waned after age 85 and disappeared in those in their 90s.

Statins may have many pleiotropic beneficial effects that are independent of the drugs’ intended action of LDL reduction.

Some research suggests that high-intensity statin therapy may help stabilize coronary atherosclerotic plaques and make them less susceptible to rupture and cause heart attacks and strokes. In the 2018 PARADIGM trial, 1,255 people with no documented coronary artery disease underwent serial coronary computed tomographic angiography scans at an interval of two or more years. Researchers identified 1,079 coronary artery plaque lesions in 474 people not taking statins and 2,496 such lesions in 781 statin users.  Statin users had a slower progression of overall coronary atherosclerosis volume, lower annual incidence of high-risk plaques, and increased plaque calcification (believed by some researchers to help reduce the risk of plaque ruptures).

Other evidence suggests that statins also can slow—and potentially reverse— the progression of atherosclerotic plaque. The Study of Coronary Atheroma by Intravascular Ultrasound: Effect of Rosuvastatin Versus Atorvastatin (SATURN) compared the effects of 80 milligrams (mg) of atorvastatin versus 40 mg of rosuvastatin (the highest doses available) on plaque progression in 1,039 people with stable coronary artery disease. About 63 percent of people taking atorvastatin and 68 percent of those on rosuvastatin experienced a regression, or reversal, of their atherosclerosis.

Statins have anti-inflammatory effects. Some studies have shown that even if you have a normal LDL level, you still may be at increased risk of cardiovascular events if you have elevated levels of inflammatory markers such as C-reactive protein (CRP). In one trial—Justification for the Use of Statins in Prevention: An Intervention Trial Evaluating Rosuvastatin (JUPITER)— investigators reported that rosuvastatin reduced the risk of heart attack, stroke, and death by 44 percent in more than 17,000 people with normal LDL but elevated CRP levels.

However, the researchers found that the outcomes with the combination of rosuvastatin and antihypertensive therapy (candesartan plus hydrochlorothiazide) were not significantly better compared with those of rosuvastatin alone, emphasizing the importance of the statin drug.

An estimated 5 to 20 percent of statin users report muscle pain and stiffness, or myopathy. Rarely, statin users may experience rhabdomyolysis, a potentially life-threatening muscle breakdown. Some statin users have taken coenzyme Q10 (CoQ10) supplements to counter their myopathy. In a 2018 meta-analysis of 12 randomized trials involving 575 statin patients, researchers concluded that use of CoQ10 effectively eased statin-related muscle symptoms, reported the Journal of the American Heart Association.

Statins can cause elevations in liver enzymes, suggesting potential liver damage. So, your doctor may recommend liver-function tests in certain situations, such as when you start statin therapy, change the dose or the type of statin, or if you begin taking other medications metabolized by the same pathway in the liver as statins.

Studies have found an increase in blood sugar among statin users. These findings prompted the FDA to add to the statin safety information an advisory that the medications may slightly raise blood sugar, enough to push some patients’ glucose levels across the threshold of diabetes. Although two earlier meta-analyses found only a 9 to 13 percent increased risk of diabetes associated with statin use, a more recent study (involving 9,535 people over age 45) found that statin use was associated with a 38 percent higher risk of type 2 diabetes, particularly in those who were overweight/obese or had prediabetes (British Journal of Clinical Pharmacology, online March 5, 2019). Interestingly, another study found that statin therapy was associated with a reduced risk of diabetic eye disease (retinopathy) and need for treatments for vision-threatening retinopathy in Taiwanese adults with type 2 diabetes and dyslipidemia (JAMA Ophthalmology, online Jan. 10, 2019).

Although some research suggests that statins may slow the progression of dementia and improve memory, as a rare side effect, some patients may experience cognitive problems, such as forgetfulness and mental “fogginess,” while taking a statin. Consequently, the FDA has added to the statin safety information a notice about possible cognitive problems associated with statin use. These side effects typically subside after stopping the medication. Overall, whether statins cause cognitive problems is unclear.

For more information about preventing and treating high cholesterol, purchase Managing Your Cholesterol.