Home » Daily » Heart Health » Hypotension: What to Do When Your Blood Pressure is Too Low 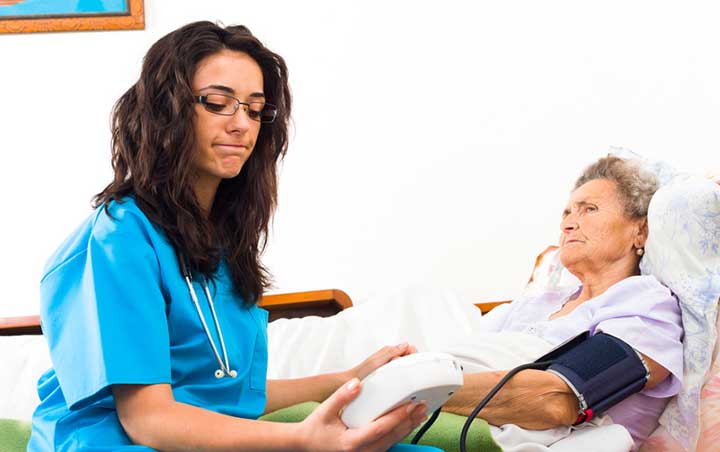 Hypertension, or high blood pressure, affects about 75 million adults in the U.S. and was the primary or contributing cause of death for 410,000 Americans in 2014, according to the Centers for Disease Control and Prevention. But what are the causes and effects of hypotension, or low blood pressure?

Although not as common as hypertension, hypotension is also a potentially serious condition that affects both young and old, and—depending on the type you have—may cause serious complications or even death if not treated. According to a study published in American Family Physician, 20 percent of patients over the age of 65 were diagnosed with hypotension in 2011, and for those with lengthy hospital stays or living in nursing homes, the risk of hypotension often increases.

While hypotensive episodes often go unnoticed or resolve themselves quickly, the condition can negatively affect your daily activities, so it’s important to know why it’s happening and how its symptoms can be reduced or even eliminated.

What Is Blood Pressure?

Blood pressure is the force of blood pushing against the walls of the arteries as the heart pumps out the blood. It is recorded as two numbers—the systolic pressure (the force generated as the heart beats or contracts) over the diastolic pressure (the force when the heart is relaxing between beats). The measurement is written with the systolic number on top and the diastolic number on the bottom. For example, blood pressure numbers expressed verbally as “120 over 80” would be written on a blood pressure chart as 120/80 mmHg (millimeters of mercury).

Causes and Symptoms of Hypotension

Unlike hypertension, hypotension isn’t always directly linked to weight, diet, or lack of exercise, but rather one or more of the following:

While some people with hypotension have no signs or symptoms at all, others can experience symptoms anywhere between mild and severe. They can include:

Hypotension is often categorized into four types, depending on its cause. Those with no signs or symptoms are diagnosed with chronic asymptomatic hypotension, which often doesn’t require treatment. It is likely that they were born with low blood pressure, so their numbers are considered “normal” for them.

The other three types of hypotension are caused by a sudden drop in blood pressure and include:

Diagnosing hypotension often begins with blood pressure monitoring. If your doctor suspects that you’re hypotensive, one or more of the following tests will be administered to come up with an official diagnosis:

If you’re experiencing mild symptoms or no symptoms at all, your doctor might tell you that treatment isn’t necessary. However, if your symptoms are more severe, any underlying causes should be addressed.

If you’re diagnosed with orthostatic hypotension, your doctor may advise the following to reduce or eliminate your symptoms:

If you’re diagnosed with neutrally mediated hypotension, you may be instructed to:

Your doctor may also prescribe medications, such as fludrocortisone, to raise your blood pressure or adjust your current prescriptions to relieve your symptoms.

If you have orthostatic hypotension, your symptoms may temporarily worsen after you exercise, but you don’t have to quit your workout completely if you follow these precautions, as suggested by LiveStrong.com: