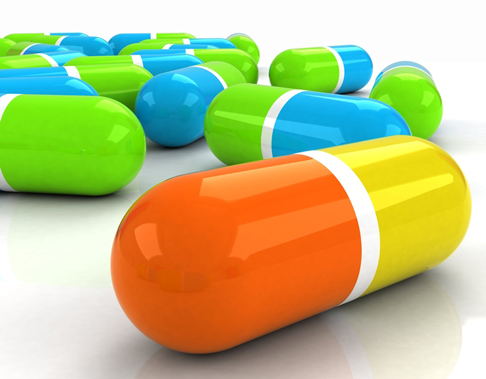 If your physician prescribes antibiotics, question it. And do some research on your own before taking them. Some doctors are a little too quick with the prescription pad, and some patients (myself included) a little too trusting. The truth is we’ve been over-prescribing antibiotics in this country for quite some time. It’s why we have drug-resistant bacteria, superbugs, and an epidemic of childhood allergies.

I recently came down with a bout of bronchitis. At first, I just thought I had a cold. I felt sluggish, ditched a work meeting to sleep in, and by the weekend felt so out of it I had to forego my usual tango outings. No one is going to dance with someone who’s got a hacking, phlegmy cough. Okay, so I gave up a weekend; at least I caught up on a little work.

Then the fever started. Not some low-grade 99 that you can chalk up to hot, humid Florida. No—my fever hovered between 100 and 102 for several days. The coughing kept me up at night and I felt like I was losing a lung. I tried home remedies: aspirin, cough medicine, water, soup, rest. But after day six, the fever was still there and still high and so was that cough. So, off to the doctor I went.

Jim Bregman, MD, an Emergency Department physician in New York, offers his view of antibiotics in our post ER Insider: Pushing Back on Antibiotics Overkill.

How About Antibiotic Appetizer?

I recently moved from Chicago to Sarasota, Florida, and had to find the whole slew of personal services, from mechanic and manicurist to hair stylist and, yes, a physician. This guy seemed fairly no-nonsense, smart with a good bedside manner. So, when he said, “Here’s a script for some cough medicine and antibiotics,” I figured, “Oh well, okay. I never had bronchitis before…” I thought, with that fever, there was some infection. Seemed logical but, I wondered, could it be a viral infection? For that, antibiotics would be useless.

Then my doctor offered to give me an antibiotic shot right there in the office—“to get it into my system right away.” I declined. Even in my feverish brain fog, it seemed like overkill.

Three days later I broke out in a rash. Well, I justified, I was sitting on the dock last evening, and probably the mosquitos got me. That same night, I had a hallucination so bizarre that I still can’t shake how real and scary it was.

Both the rash and nighttime hallucination turned out to be side effects of antibiotics. The direction is to always take the full course of antibiotics—in my case, five days. I stopped at day four.

And then, finally, I did some research, and discovered findings like this one:

“Among otherwise healthy individuals, antibiotics have not demonstrated any consistent benefit in the symptomatology or natural history of acute bronchitis. Most reports have shown that 65-80 percent of patients with acute bronchitis receive an antibiotic despite evidence indicating that, with few exceptions, they are ineffective. An exception is with cases of acute bronchitis caused by suspected or confirmed pertussis infection.”[1]

So, was I an exception? No. Because the correct way to prescribe antibiotics is to actually run a lab analysis to see which bacteria is the cause of the problem. Otherwise, all physicians do is prescribe full-spectrum antibiotics that totally mess with your immune system. They wipe out the good bacteria along with the bad.

Ladies, how about those yeast infections following antibiotic use for common UTIs? They can be a direct result of wiping out too many bacteria. (Read about natural cures for UTIs here.) I’m not saying antibiotics don’t have their place, they do—judiciously used. Not handed out wholesale like candy.

A physician who is sensitive to overuse of antibiotics will order a lab culture to determine which bug you’ve got. Take it. If your doctor doesn’t offer it, ask whether one is available.

In my August 2016 issue of UCLA Healthy Years, where I serve as executive editor, I wrote about just how important it is to have healthy gut bacteria:

“Scientists estimate that the bacteria cells inside our bodies—collectively called microbiome—outnumber human cells by at least 10 to 1. This microbiome is very diverse and contains strains of good bacteria commonly referred to as probiotic bacteria. Researchers are just beginning to understand how and why the microbiome is important for human health.

Diversity is crucial. A loss in diversity could lead to increased risk of diseases or symptoms—making it ever more important to keep the bacterial colonies themselves healthy and well fed.”

How can you shore up your microbiome?

Add kefir, yogurt, or other fermented foods with active probiotic strains to your diet. Eat high-fiber foods daily, as they are the fuel source for probiotics. Take antibiotics only when truly needed. According to the Journal of the American Medical Association, one in three antibiotics are inappropriately prescribed.

Three weeks later, my fever is long gone but the cough persists (though less so). Turns out with bronchitis, recovery can take time. And the best thing to do is rest and calm the symptoms.

Meanwhile, I’m shoring up my system with pre- and probiotic foods. And I’m on the hunt for a new primary-care doc—perhaps an integrative physician who will look at the whole picture.