Home » Daily » Digestive Health » What’s Ailing You? Blood Tests, My Liver, and Me 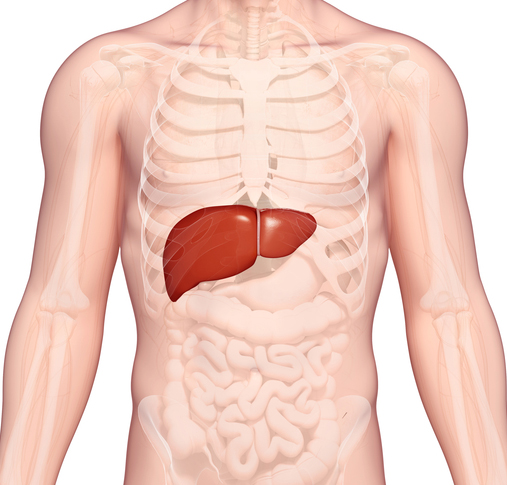 The liver is one of the unsung heroes among the human body's organs.

I’ve been going over my recent blood test results and a few things have caught my attention. Yes, I’m blessedly “normal” in a lot of categories, including my PSA, and my cholesterol seems to be nicely squelched, thanks to Simvastatin. I need to look into how to raise my HDL, and I want to find out if triglycerides, at 81 mg/dL, might be considered “high normal.” Sounds like another blog.

For now, however, I am interested in my liver, which I have always studiously ignored. Quietly performing its normal function, the liver doesn’t pump, expand, contract, or throb like other organs of the body. But its ability to process nutrients, digest fats, break down toxins, and produce blood-clotting factors makes the liver a multi-function wellness factory.

Because the liver is often so uncomplaining, it’s easily taken for granted, a stepchild dominated by the supreme beings of heart and brain.

In reality, as one reaches a certain stage, one’s liver becomes a book on life: Chapters hint at certain, shall we say, excesses that might need to be reined in as the final horizon looms. The alphabet soup of hepatitis—A, B, and C—can be gleaned by examining the liver. A penchant for wine—no less the occasional martini—might be foretold by plumbing the liver’s depths. And is that a hint of jaundice? 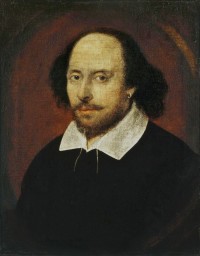 William Shakespeare, in a public-domain portrait painted from life. What would the legendary poet/playwright say about the liver? We have an idea….

What would Shakespeare say? “Frailty, they name is liver…”

Anyway, blood tests that disclose an accumulation of toxins deemed injurious to the liver can be identified and dealt with—usually through a cessation of hostilities, something called “abstinence.” How do you know if your liver is living up to the job? My recent blood test provided the necessary tea leaves.

First up is the ALT test: ALT stands for alanine aminotransferase, an enzyme found in the cells of the liver and the kidney. An elevated ALT is a useful early warning sign of liver damage.

What else measures the liver’s effectiveness? We turn to the AST value. AST stands for aspartate aminotransferase, another enzyme in a typical liver panel. Both ALT and AST rise when the liver has experienced an insult, and the AST/ALT ratio can be calculated to aid in determining the type and severity of liver damage, or if the elevated AST is being caused by another injury. Mine are normal.

Shall we drink to that? Not yet.

Another gauge of my liver function is my bilirubin value. Bilirubin is a waste product that results from the breakdown of heme, a component of hemoglobin. If the liver fails to remove bilirubin from the blood, a person may appear to be jaundiced, characterized by a yellowing of the skin or the whites of the eyes. Elevated bilirubin not only indicates potential liver disease, but also hemolytic anemia, or even a blocked bile duct. 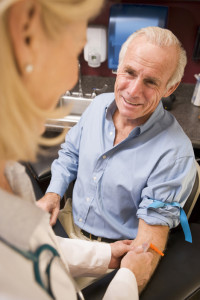 Getting blood drawn is the first step in the tests that supply us with real data about our liver’s health.

Other markers for potential liver disease include blood tests for the proteins albumin and globulin and a calculation of the ratio between the two. Albumin is a good thing. It is a major component of blood and helps nourish tissues, transport hormones, and move vitamins, drugs and calcium throughout the body.

A decreased amount of albumin could signal liver disease. Just as albumin makes up a large percentage of blood volume, globulin makes up the rest. This protein is considered the major carrier of sub-proteins to the cells. Impaired production of albumin and globulin can signal malnutrition or severe liver disease.

Mine are in the pink.

I have one lower-than-normal value that I need to discuss with my doctor: My alkaline phosphatase (ALP) is low. What the heck does that mean? A quick check of the very helpful American Association for Clinical Chemistry website shows low levels of ALP might indicate anything from a rare genetic bone metabolism disorder to malnutrition.

My belt notch—my trusty “fat-o-meter”—tells me I don’t have a problem with malnutrition…. So ALP will be fodder for my upcoming physical. In the meantime, as Alfred E. Neuman said, “What? Me worry?”

Next: A kidney by any other name….

Besides authoring informative, straightforward, easy-to-understand posts on a variety of medical issues, conditions, and treatments, our consumer health experts use a personal touch to help inform you via our series of UHN blogs.